Third baseman leaves her mark on team and school records 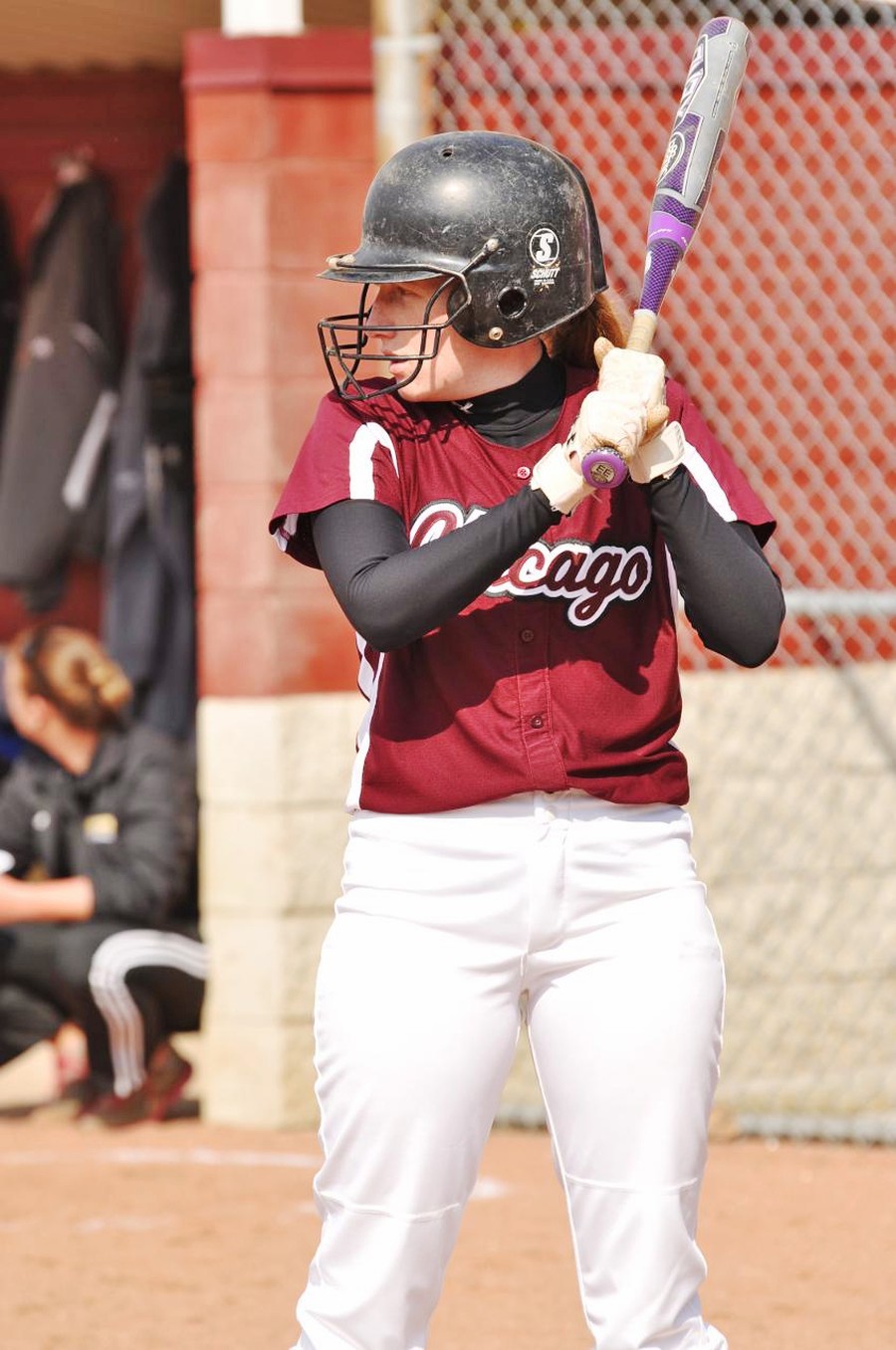 Over her past four years at UChicago, fourth-year Maddie McManus has had plenty to be proud of in both her academic and athletic pursuits.

On the field, the third baseman has garnered an impressive collection of accolades, including a second consecutive selection to Third Team All–Great Lakes Region by the National Fastpitch Coaches Association and a selection to the All–UAA Second Team. McManus led the team with a .375 batting average and 21 RBI this season. She only struck out five times in 112 at-bats.

McManus’s presence certainly had an impact on the team, on and off the field.

“I’ll definitely miss Maddie’s solid presence,” said second-year pitcher Jordan Poole. “Maddie is not only an incredibly clutch player, but she is also an amazing friend that you can always rely on for advice, or a really great sarcastic comment. There will definitely be a large void without her next year.”

Off the field, McManus serves as vice president of the Women’s Athletic Association and is a member of the Delta Gamma sorority.

Despite all her individually earned achievements, McManus’s proudest accomplishment was the team’s NCAA regional tournament qualifications during her second and fourth year. She beamed as she recalled her favorite memory of being together as a group when the list of qualifying teams was announced.

The city of Chicago and her family that lives here were what initially drew McManus to the university. She took trips to Chicago as a child and grew up loving it. Upon taking her recruiting trip, she met the softball team and knew UChicago was the niche she yearned for.

“A lot of schools I had looked at seemed to prioritize sports. The University of Chicago’s main emphasis on ‘student’ in ‘student-athlete’ also helped make my decision simpler,” McManus said.

The Simsbury, CT, native will graduate in several weeks with a degree in comparative human development. Though she will miss her family and teammates in Chicago, she looks forward to a hopeful future­—one still filled with softball. After graduation, she plans to join an AmeriCorps program outside of Boston, where she will tutor and coach disadvantaged teens in the sport.

As McManus leaves UChicago, she imparts some valuable advice to the younger students.

“Take advantage of everything the school has to offer, make sure you have fun, and enjoy all the amazing people you will meet here.”