Days of Future Past: A tense situation for the X-Men 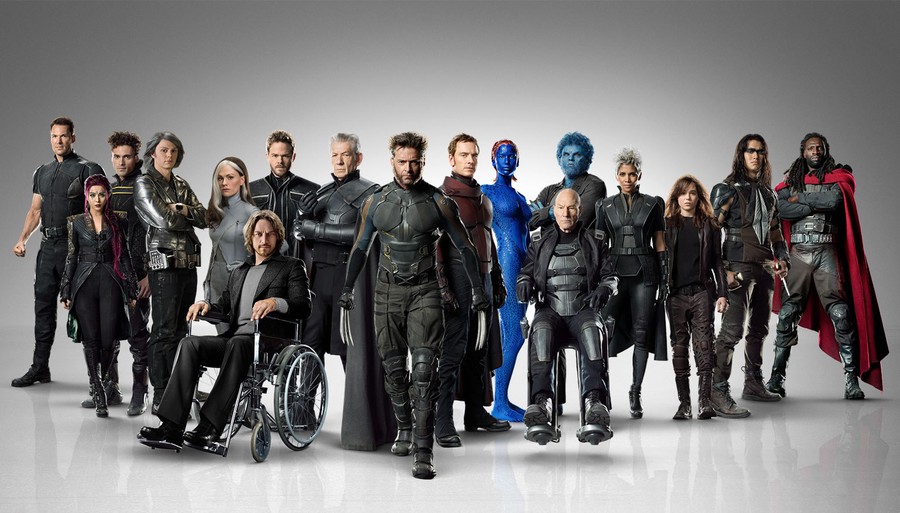 If you read my review of Captain America: The Winter Soldier, you’re probably wondering why I even decided to go see X-Men: Days of Future Past. But while both sets of characters are fundamentally Marvel property, 20th Century Fox owns the rights to X-Men films. It’s obviously a different animal.

I can’t say that the nuances of the rights to the comic book franchise informed my decision too much, though. For one, I liked the idea that Bryan Singer was returning to the X-Men franchise. I remember enjoying his work on the first two X-Men movies quite a bit, although my opinions of cinema have probably changed at least a little bit since I was 10. Secondly, the X-Men universe carries with it a hell of a lot less baggage than any of the films in the officially sanctioned Marvel Cinematic Universe (although it’s still got its fair share). Oh, and time travel’s usually pretty fun too.

So, when I arrived at Harper Theater to find a nearly sold-out showing of the latest X-Men movie (on a rainy Tuesday night, no less!), I was cautiously optimistic. Despite my best hopes, the film still felt a little bloated at times, but considering the bifurcated nature of the plot (and the franchise as a whole), things weren’t nearly as bad as they might have been.

That film finds Kitty Pryde (Ellen Page) sending Wolverine (Hugh Jackman) back in time from a dystopian future to convince longtime rivals Professor X (James McAvoy) and Magneto (Michael Fassbender) to get along just long enough to save the world from total destruction. When Wolverine lands in 1973, he’s tasked with stopping Mystique (Jennifer Lawrence) from assassinating Bolivar Trask (Peter Dinklage), inventor of the Sentinels, a group of evil robots that targets anyone with mutant genes.

During the course of the film, Singer deftly cuts between these two time periods, which function as a fairly obvious analog for the two phases of the X-Men franchise. In the dystopian future corner, we’ve got the version of Magneto and Professor X that appeared in the original 2000–2006 trilogy of films (X-Men, X2, X-Men: The Last Stand), played by Ian McKellen and Patrick Stewart, respectively. Populating the wild world of 1973 are the stars of the later spin-off series, which featured Michael Fassbender as Magneto and James McAvoy as Professor X in X-Men Origins: Wolverine, X-Men: First Class, and The Wolverine.

If this all sounds like a lot to keep track of, it is—it’s a testament to Singer’s direction that the action is as easily readable as it is, even if the scenes from the dystopian future aren’t quite as engaging as one would hope. While it’s a shame that the film doesn’t just spend all of its runtime in the refreshingly brightly rendered 1970s (I’d pay just to see some more of those moustaches), it sets the stage for sequels to take advantage of the incredible performances that we see mere glimpses of here. Reportedly, X-Men: Apocalypse will be set in the 1980s, and it will find Michael Fassbender, James McAvoy, Hugh Jackman, and Jennifer Lawrence reprising their roles, with Channing Tatum joining the cast as Gambit. Perhaps the greatest achievement of X-Men: Days of Future Past is its ability to finally extinguish the horrid stink that X-Men: The Last Stand left on the franchise way back in 2006.

That’s not to say that the film doesn’t have other merits, though. Unusually for a comic book film of this era, the action lays its foundation upon a series of character developments that might actually come as a surprise to a viewer or two. The conflict between Magneto and Professor X has always proved to be rich from a narrative standpoint, and that is especially true here. Particularly strong among these character moments is the film’s climax, which revolves around a quiet decision on the part of Mystique.

At the end of the day, X-Men: Days of Future Past sees significant benefits from Bryan Singer’s return to the franchise, along with the incredible cast that accompanies him. It’s a real shame that it took him eight years to come back into the fold, but if future films in the franchise are as carefully crafted as this one, I’ll be more than willing to forgive him for his past transgressions.