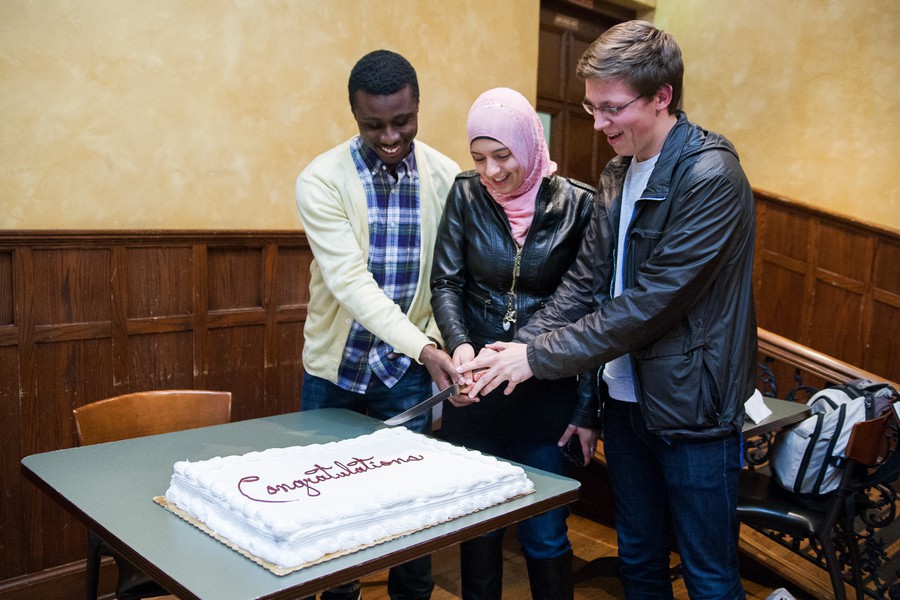 United Progress (UP) was elected as next year’s executive slate in last week’s Student Government (SG) elections, with 59 percent of the votes. Leeho Lim was also elected as undergraduate liaison to the Board of Trustees, Katie Schumacher as the graduate liaison to the Board of Trustees, and Kenzo Esquivel as the community and government liaison. Fourteen percent of students, 1,991 in total, voted in the election, which took place from Wednesday morning until Friday afternoon.

Elections were extended by an hour, due to the fact fourth years were inadvertently prohibited from voting for the first few hours of scheduled voting. Election & Rules (E&R) Committee Chair third-year Steven Wendeborn said that this was “not a conscious decision” on the part of E&R. Fourth-years have historically been able to vote.

Hill expressed confidence in UP’s chances due to their outreach.

“Over the course of the week, we attended a lot of meetings, reached out to a lot of people, a lot of different student leaders, and had conversations with them about what they wanted to see from us and what it would take to get them on board,” he said.

Kissinger said the newly elected slate’s next step is to set a concrete agenda of what they intend to accomplish next year.

Hill said that the campaign process helped with this goal by building connections between the slate and a variety of students. “I think that through elections the process has already been started in the sense that we have already been starting the relationships with different student groups and different RSOs and student leaders on campus; we really began the process of engaging,” he said.

Lim expressed relief at his victory. “Although I was the only name on the ballot, I was still a little scared that the other candidates did campaign heavily and they were all equally qualified,” he said. Lim specifically referenced second-year Alex DiLalla’s campaign for the undergraduate liaison position.

Second-year Mike Viola, current College Council chair and future representative for the Class of 2016, said that for next year’s Student Government to be successful it must focus on changing the way it functions. “I hope to increase SG’s social role, especially for undergrads, since it has a centrality that most RSOs do not, allowing it to serve a very large number of people,” he said.