Celebrating the body with BODY 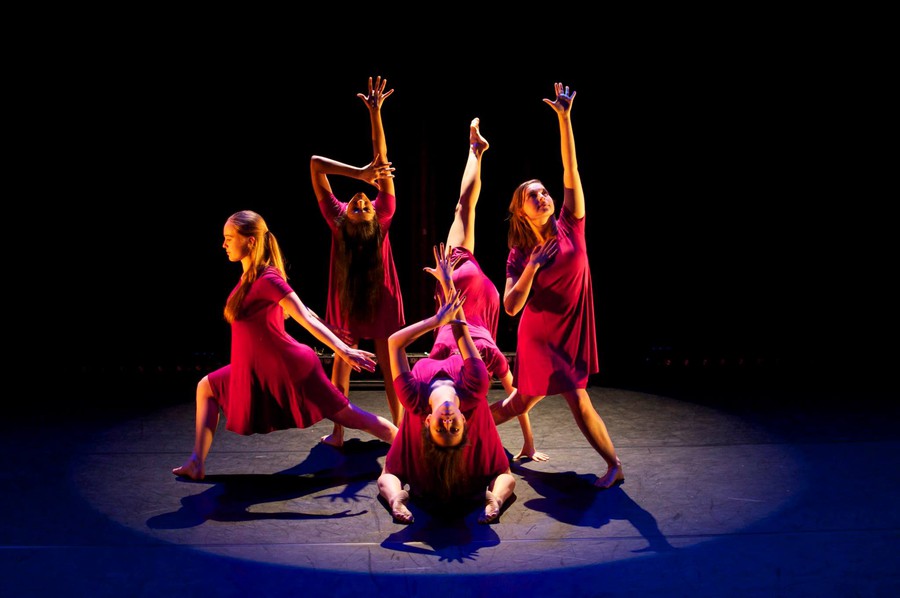 This past weekend, UChicago Maya — a student-run fusion dance group that brings together traditional eastern dance styles and more contemporary western dance styles — performed a dance collaboration titled BODY. As a first year, I had never seen Maya perform and found the show electrifying. The talent of the dancers and choreographers was evident, and as a whole the show was cohesive and professional.

Their show took place in Theater West in the Logan Performing Arts Center, a cozy black-box venue. The close proximity was an appropriate setting for a show titled BODY. For this theme was underlined through dance as different body parts were highlighted in various creative compilations of movement. The style and pace of the show varied among pieces; some performances were solemn and powerful, while others were upbeat and sexy. The music, an essential element of the overall performance, successfully tied together the body parts focused on in each piece. The musical accompaniment to the show was incredible and featured artists like ZZ Ward and Dexter Brain. Sofia Karlberg’s cover of "Crazy in Love," which will feature in the soundtrack of Fifty Shades of Grey when it comes out in February, was also part of the show’s soundtrack.

Not only was the performance visually clear, musically riveting, and clearly showed how the various body parts were physically celebrated within the scope of the movements of each specific dance, but the emotional energy in the room ran so high that you could almost feel what each of these body parts were supposed to represent. This energy was enhanced through the use of the recording of Andrea Gibson’s spoken-word poem “I Sing the Body Electric; Especially When My Power’s Out.” This poem deals with self-harm and suicide but also with the importance of taking control of your own body and loving it. The powerful words contributed to the celebration of the body, which is inherently present in dance, but was especially significant in this show.

The performance filled the small space of Logan’s Theater West, for the choreographers clearly took full advantage of its spacial limitations by incorporating the aisles, staircases, and upper stage level, adding depth to the experience. I mentioned the intimate quality of the show previously, but this feeling was intensified by Maya’s unique tradition of encouraging the audience to participate in the performances by verbally responding to the dances. The boundary between audience and performer diminished, while members of the audience encouraged and praised their friends and classmates, shouting out comments as they felt moved to do so.

Maya’s collaborative dance performance BODY was well-executed, creative, and moving. I have nothing but praise to give to the talented members of this organization. If you haven’t seen UChicago Maya perform, make sure to see them next time they have a show for an engulfing and exciting experience.