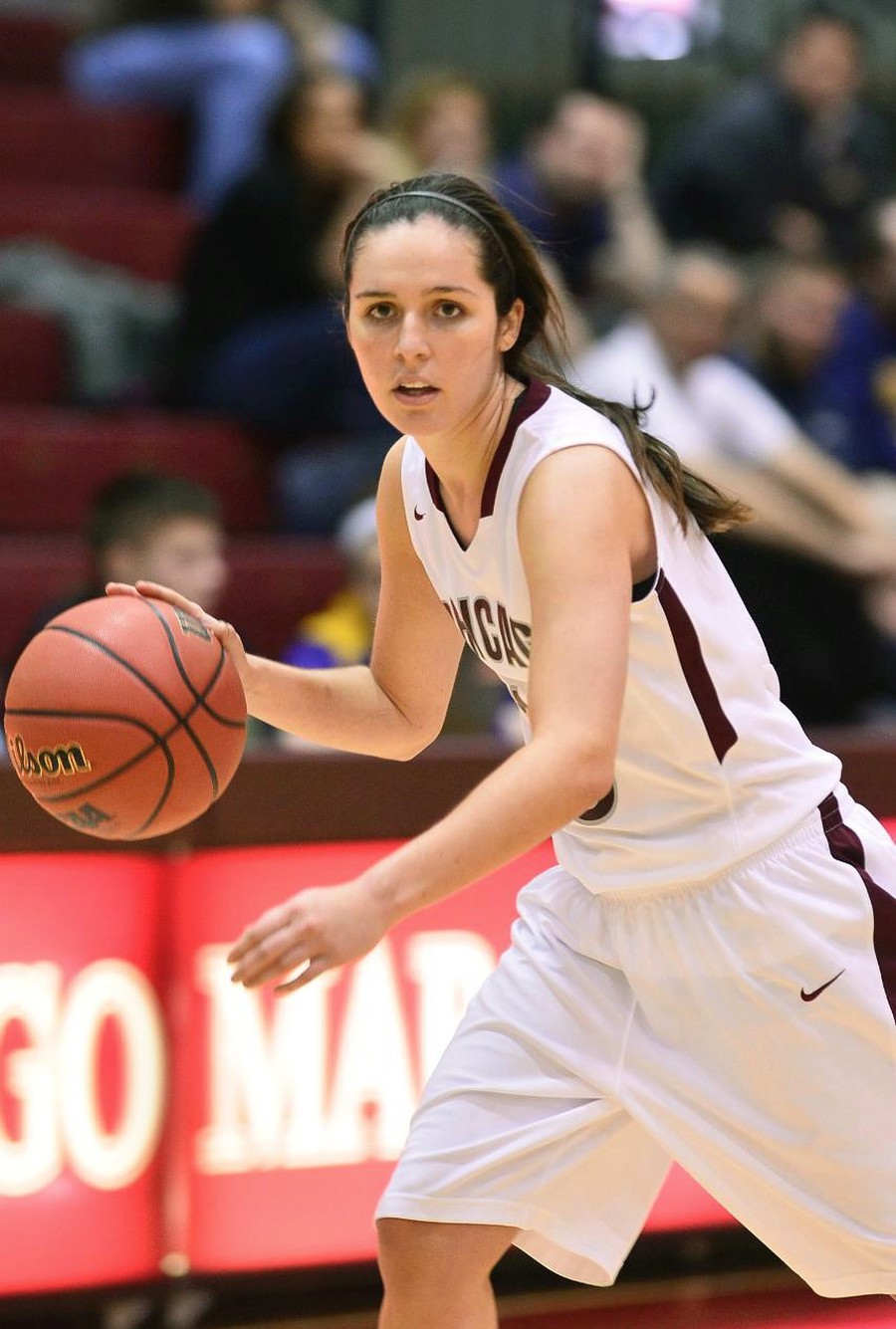 Chicago has a busy weekend ahead of them as it prepares to suit up for a pair of UAA games on the road. Competition kicks off this evening in Rochester followed by a trek south to Atlanta where the team is slated to face Emory on Sunday afternoon.

The Maroons (14–6, 8–1 UAA) are currently in the midst of an eight-game winning streak, putting them in a tie for the best record in the UAA with No. 7 Wash U (19–1, 8–1). Both teams have taken their sole losses against some of the strongest teams in the conference, with Chicago’s coming against the Bears in St. Louis, its only loss of the new year thus far. Wash U fell to No. 12 NYU (18–2, 7–2) two weeks later, a team whose perfect season was snapped at the hands of the Chicago squad two days after the Bears’ loss. Fourth-year forward Ellie Greiner commented on how this streak has changed how the team is perceived.

“This winning streak has been huge for our team’s mentality. All season we have said we’re confident in our ability to win. However, with the past eight wins, we’ve finally showed it,” Greiner said. “As for how our opponents view us, I think being number one in the conference automatically puts a target on our back. We need to be prepared to see the best effort from every team we face here on out.”

A strong effort from the competition this weekend will be expected as the first opponent of the weekend, Rochester (12–8, 4–5), delivered NYU’s only other loss of the season. Emory (11–9, 3–6) has a winning record overall. Considering that every team except for Case (7–13, 1–8) has a winning record for the season, as of now any conference matchup is seen as a threat for a playoff-hopeful team such as the Maroons. The strength of the UAA only adds to the enormity of the feat required of Chicago to play as well as it has within the conference so far.

“The pressure our guards put on our opponents’ ball handlers completely disrupts offenses, and forces teams into tough shots,” said Greiner, attributing the team’s stellar play over the streak to indomitable defensive play.

“Luckily our post players have been huge on the rebounding end, ensuring that teams don’t get additional opportunities to score after being forced into these difficult looks.”

The streak could be put in jeopardy this weekend as Chicago must fly to Rochester for its first game and follow this with a second flight to Atlanta for game two. Athletes have been known to tire on long road trips such as these, making what can already seem like a challenging weekend even more so.

“This year we’ve shown that we’re really tough on the road,” Greiner said, brushing off any notion of exhaustion for her and her teammates.

“Even though this is our three-flight weekend, I don’t expect that to change our play.”

The Maroons tip off against the Yellowjackets this evening at 5 p.m. and will do the same against Emory at 1 p.m. on Sunday.