Confessions from a recovering “excellent sheep”

If the life of the mind is to actively learn, then why does it leave so many of us feeling passive? 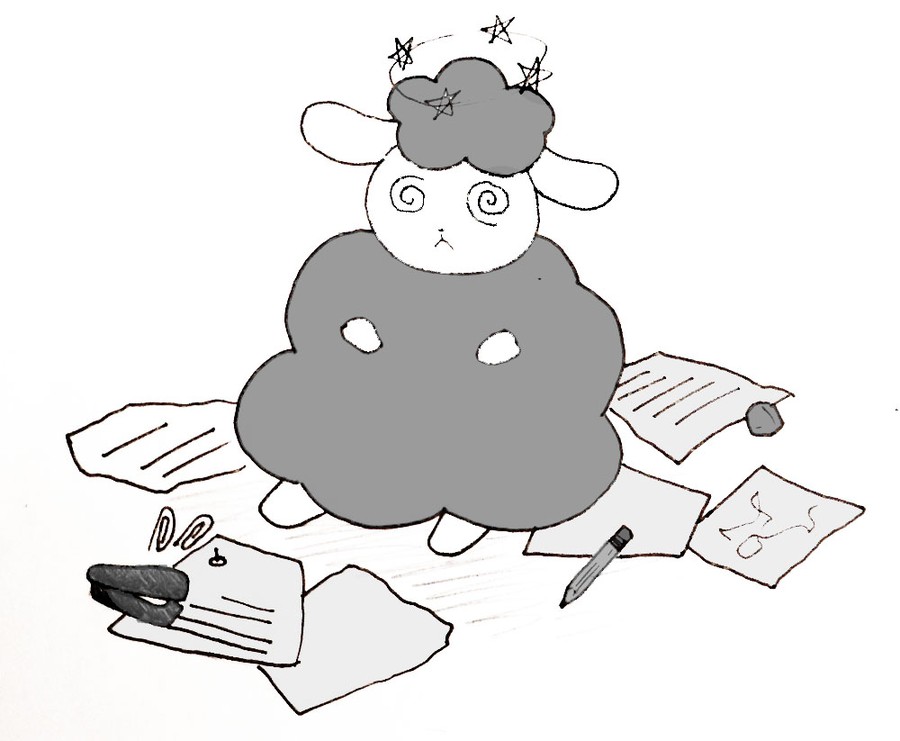 Celebrity chef Eddie Huang is tired of cooking red pork, has terrible short-term memory, and thinks the best way to make white people understand foreign concepts is to add bread to them. If he had his way, his popular restaurant would be called RiceHaus instead of BaoHaus. But alas, he is resigned to the fact that bread-like foods are the way to coherence, which he wishes Obama knew. Obamacare? Just add bread.

When I walked into his talk at the University, I think I expected something more along the lines of a cute powerpoint about his childhood and how it translated into the new ABC sitcom Fresh Off the Boat, based on his memoir of the same name. But he began the presentation with lovingly renaming The Maroon as the Moron, and never looked back from there. He unabashedly opened up the floodgates to a Q&A lasting more than an hour and a half.

And, instead of just the chuckles I expected to walk away with (though there were plenty), his honesty, cultural literacy, and individual pursuit of knowledge gave me a sense that I had somehow failed in a role I had long thought I had in the bag—a passionate learner.

Huang was sarcastic, hilarious, and unafraid. Whatever we threw at him, he answered—whether it was about politics, race, corporate America, or even food ethics. Beyond mere eloquence, his ability to answer each question with some ethos, indicates that he had taken the time to form an opinion on each subject; he finds each topic (as random as they may seem to us) important to contemplate.

It became clear that Huang reads way more than I do, as he referenced minority authors and New York Times articles left and right. Now that I think about it, most of the books I’ve read were written by dead white guys. It’s pretty embarrassing to admit this as a student who probably has more time on her hands than this dynamic guy who spends his days filming hipster food documentaries and his nights in LA trying to convince Lana del Rey to include rapper Cam’ron in her next album.

If I were Eddie Huang, all that success would impede me from seeking understanding about the unsavory parts of the world that don’t directly relate to me. I’d just hang out with Lana all day and eat some free bao at BaoHaus, instead of doing the independent reading that I’d been meaning to do.

In that sense, Huang embodies the life of the mind much more than I do. He’s not relying on someone else, like a university, to tell him when to use his brain. At the session, he cheekily poked fun at someone, saying, “What? You didn’t get into MIT?” Laughter roared as this statement seemed to hit home. Then he quickly added, “It’s okay, I went to Rollins College. That’s, like, the Phoenix University of the South.”

The reason he’s so comfortable with mocking himself and us, is because he thinks that your educational background shouldn’t define you—a sentiment that is repeated over and over by comforting college counselors. Still, I think his logic is quite different from the norm.

When people dismiss rankings as irrelevant, the usual argument is that you should find the school that fits you the best. That’s what I smugly thought too, but that’s still letting an institution drive my intellectual pursuits instead of maintaining them myself. But I’ve come to realize that, as much as hate to admit it, I do need one to.

The other day, I couldn’t remember how to get to the Med from South Campus. My friend joked that I was a “classic English major,” and I didn’t even try to defend myself. I’ve come to accept an identity through my major. Even if I’ve never verbalized this, I believe that I can’t be, shouldn’t have to be, good at anything else (namely, directions). I wish I were still a kid, willing to challenge my brain, to wrack it for details in my memory of how I last meandered to the Med.

On the other hand, Huang’s way of life seems to involve a preservation of his intellectual identity, regardless of his environment. When someone asked him why UChicago responds so apathetically to student requests, he replied, “I never ask the bureaucracy for anything, because it only has its own interests in mind.”

It’s hard for me not to ask and expect, because, all my life, I’ve been told that following the system really well will get me where I want. I am what Yale professor William Deresiewicz calls a really “excellent sheep.” Sheep are actually pretty dumb—that’s why being a shepherd is a full time job, because you have to constantly run around keeping these stupid animals from wandering off a cliff or something equally obtuse.

Classes are like that for me; my professors shepherd me to what I need to know. In my head, I glorify my education, but it is, in reality, just a cluster of lectures, textbooks, and discussions with peers, things that I can—I should—seek out on my own. But I don’t. At the same time, I complain that classes take up so much time that I never have room for other pursuits.

But when I am given free time, I have no idea what to do with it. All the self-improvement projects I start, like learning a new language or reading about elders’ rights, all peter out pathetically in favor of watching entertaining Youtube videos. I’m so used to a set curriculum that the vast amount of information in this Internet age terrifies me. Education’s value is not in the quality of information, but the way the information is structured. That’s not necessarily a bad thing, but it’s made me lazy.

“Here’s what you need to know to get by.”

The real world doesn’t work like that, so I don’t function in the real world, where the shepherds don’t always have my best interests in mind.

That’s me down there.

The sheep pancake at the bottom of the cliff.

I’m in such disconnect with the self I aspire to be, someone for whom the relief is in learning rather than muted passivity. I always wondered why my ideal job was to be a student forever, something I used to pat myself on the back for, as if it were a statement about how much I loved to learn. But in reality, it was to keep me from confronting the primary purpose of education: to become a better part of society, not to recline in the ivory tower. I love taking notes about biology, but I hate the idea of research. It’s too active, too endless—and therein lies my problem.

I’m scared of the real world because there, I have to take chances regardless of my prerequisites or qualifications. It’s about learning without a rubric, without a TA telling me what to do. I’m scared of people like Eddie Huang, who was fired from a law firm and kicked out of the TED Fellows Program—his one chance to be all prestigious and intellectual—because he didn’t let an institution facilitate his current success.

In fact, he’s still actively speaking out against the sitcom Fresh Off the Boat’s deviation from the true message of his story, instead of quietly cashing the checks and enjoying the glory of working with ABC. He’s his own person. He took the life he envisioned in his mind and made something out of it. Maybe I’ll find this true “life of the mind” when I can one day drive the process myself instead of parasitizing an institution.