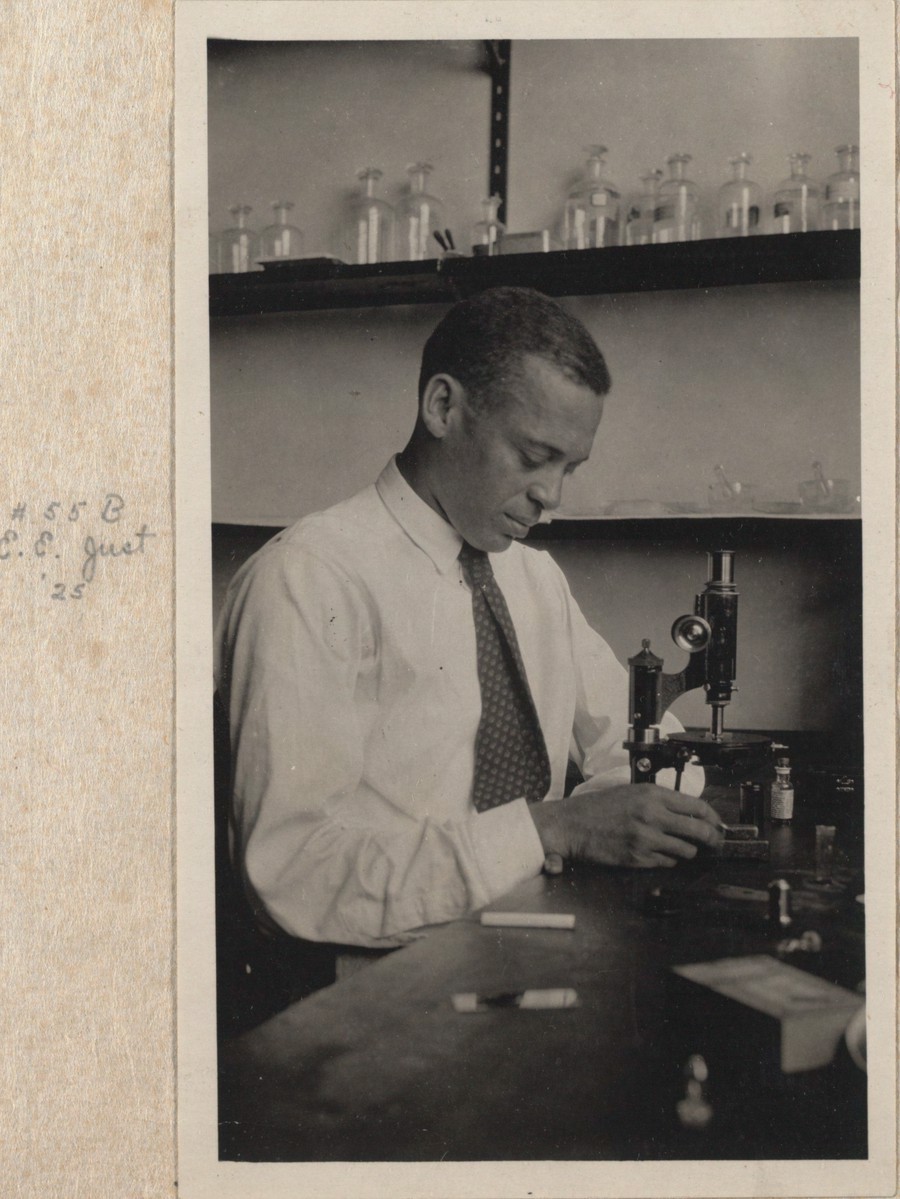 A Howard University professor visited campus Thursday to discuss the importance of a black biologist who received his PhD from the University a little more than a century ago.

Dr. Malcolm Byrnes gave the annual E.E. Just lecture on 100th anniversary of when Just received his Ph.D. from the University of Chicago.

The annual lecture invites one speaker from a background underrepresented in biology to give a lecture in Just’s honor.

Ernest Everett Just (PhD ‘16) was a pioneering twentieth century biologist, who, in addition to other work, contributed extensively to the field of embryology. His discovery of a “wave of negativity” that occurs after a sperm enters the egg, immunizing it to other sperm, was crucial to our understanding of embryo formation.

Just was one of the first African American Biologists in America. Born in Charleston and educated at elite institutions — Kimball Union Academy, Dartmouth, and the University of Chicago — he was unsatisfied with his career prospects, and was only able to achieve a professorship at Howard University, a historically black university in Washington D.C.

Following a series of trips to Europe, he eventually moved to Roscoff, France in 1938, where he was imprisoned in a Nazi POW camp for several months. Just, who had been sick for months before his incarceration, was diagnosed with pancreatic cancer upon his return to the US in 1940 and died just a year later in 1941.

Dr. Byrnes’ talk was titled “E.E. Just’s Broad (and Hidden) Influence on the Development of Modern Biology.” He spent the majority of the lecture, after some biographical snippets, meticulously revealing the extent of Just’s influence.

Dr. Byrnes began by discussing similarities he had noticed between Just’s work and a 2006 book, The Plausibility of Life: Resolving Darwin’s Dilemma, by Marc W. Kirschner and John C. Gerhart. Dr. Byrnes  “saw Just’s fingerprints all over that.”

Kirschner and Gerhart had instead cited Johannes Holtfreter, a German American biologist who discovered the principle of auto induction. Holtfreder, after decades of experimentation, eventually came up with a conceptual understanding fairly similar to what Just had proposed half a century before.

Holtfreder, though “perhaps through no fault of his own, did not cite just Ernest Ever Just… the train of citation was broken at this point.”

Dr. Byrnes got in touch with Kirschner and showed him how Just’s ideas paralleled Holtfreder’s. Kirschner wrote back, replying that Just’s concept of “the complex responsiveness of cells… is very much like our concept of weak linkage, and so we too hold some obligation to Just’s ideas.”

Dr. Byrnes argued that Just was similarly indebted to the uniqueness of his connections, from his black upbringing to his interactions with European scientists. According to Byrnes, Just might have been directly influenced by sociological ideas circulating in the black community, just as Darwin was influenced by Malthus.

For this reason, Dr. Byrnes concluded that “we have to encourage and foster diversity” in academia, and interact with a more diverse array of perspectives. But he also asked the audience to keep in mind that Just “wasn’t [just] a great African American biologist; he was a great biologist.”