The Biological Sciences Division led a trip to the Indiana wetlands to see sandhill cranes rest on their long migration south. 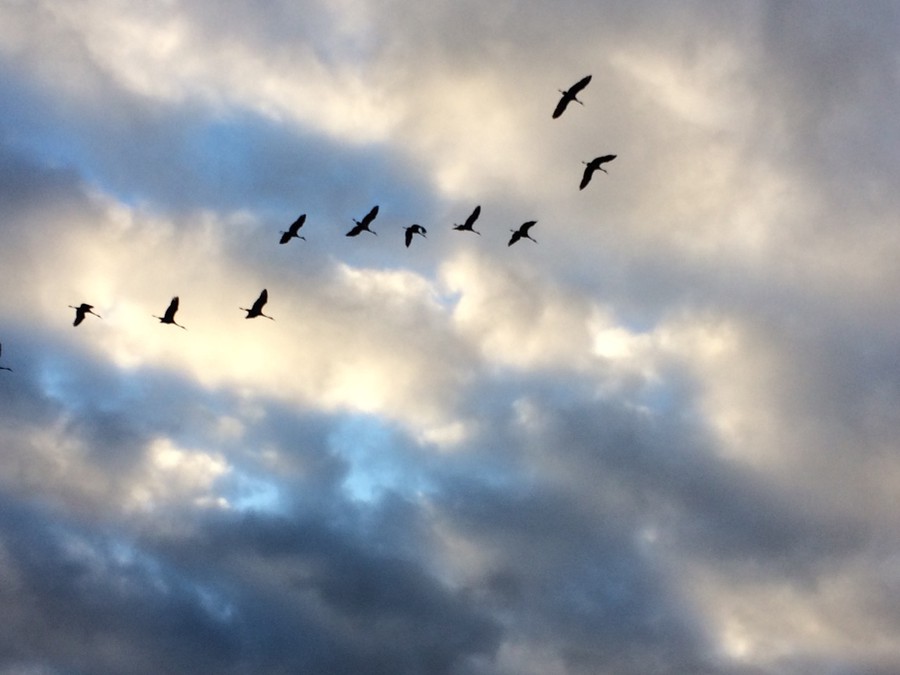 The Biological Sciences Collegiate Division led a trip to see the annual migration of sandhill cranes on Sunday. About 30 students, accompanied by three faculty members, travelled to the Jasper-Pulaski Wildlife Reserve in Indiana to watch the cranes.

Sandhill cranes stop in the Indiana wetlands twice a year on their migratory route. The subtype of sandhills observed in Indiana spend summers in Canada and winters in Florida.

According to Eric Larsen, a lecturer at the University who teaches ecology courses, this is the first year the department has led this trip. The Biological Sciences Division is considering making it an annual event.

Students going on the trip gathered at the Biological Sciences Learning Center just before 2 p.m. Three faculty trip leaders handed out binoculars and shepherded students onto a rented tour bus for the hour-and-a-half drive to the wildlife reserve.

Upon arriving in Indiana, students walked to an observation tower. Hundreds of cranes stood in the field below, resting and socializing with each other. On the tower, students mingled, chatting with the approximately 50 other observers present—mostly families and retirees. Hundreds more cranes flew overhead in V-formations, calling out their distinctive rattling cry.

The ululating calls of the cranes mixed with the howl of the wind and the quiet murmur of the gathered crowd.

Warren Gartner, a retired educator in Indiana’s Department of Fish and Wildlife, said he thought that was an apt comparison.

“The cranes have been around for millions of years, and actually they go back as far as the dinosaurs,” he told students. “They’ve been flying this route through the Ice Ages and everything else.”

According to Gartner, sandhill cranes are unusual among bird species for their long lifespans—around 30 years—and for their community-oriented behavior. “I love that they’re such a social bird,” he said. “They dance with each other to reaffirm their pair bonds, and they mate for life.”

Students on the trip said they came for the cranes, but also for the opportunity to leave the Chicago bubble. “I wanted to get out of the University for a day,” Hargil said. “And I’m interested in all kinds of nature stuff, too.”

Second-year Rachel Liu said watching the cranes was an incredible experience. “It’s really cool to see a huge group of thousands of birds like this,” she said. “The cold and windy weather, however, was unpleasant.”

The group left early due to the cold, after just under an hour of watching the cranes.

As the sun began to set, the light reflected off the wings of cranes flying overhead, making the grey birds appear dazzlingly red.

On the way back to campus, most students said they were glad they made the trip, despite the cold.

“It’s good to get some perspective,” first-year Sammy Zucker said. “Watching the cranes makes all the crazy things going on in the world seem small.”