Squad Looks Ahead to Next Year After NCAA Regionals Defeat 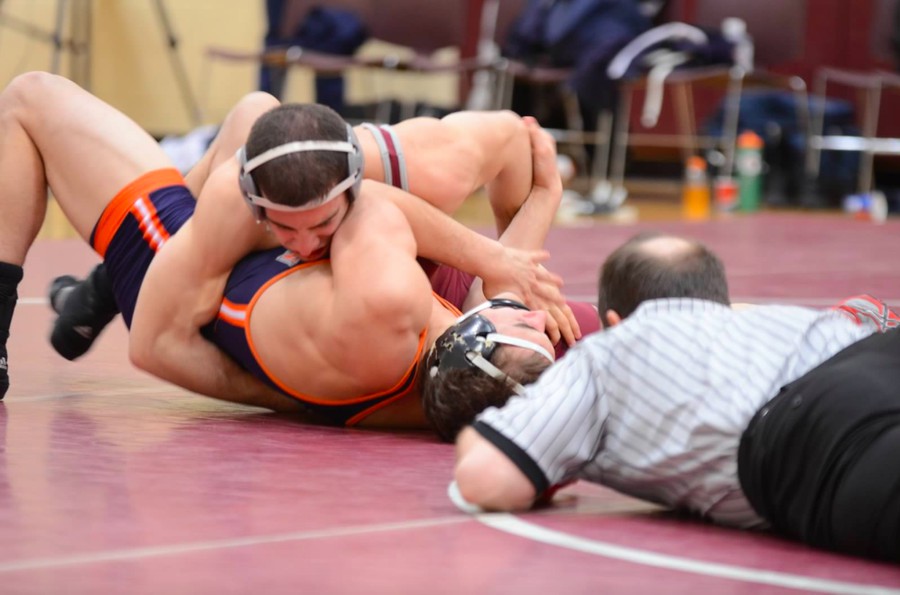 While the Maroons left it all on the mat at the DIII Midwest regional, they unfortunately came up short in their goal to make it to nationals. At the meet, hosted by Wabash College in Crawfordsville, IN, Chicago finished 11th overall of 15 teams. Additionally, no members of the team were able to qualify for nationals, making the weekend the end to the 2015–16 wrestling season.

As for Chicago, the squad entered regionals fresh off a second-place finish at UAAs. At regionals, they had a wrestler represented in every weight class, but only four were victorious in any of their matchups. Two Chicago wrestlers came just short of qualifying for nationals. Last year’s NCAA Midwest Regional champion at 125 pounds, second-year Devan Richter, could not repeat this year, but still nearly made it to nationals. He won his first two matches of the day by first-round pins. However, he went on to lose the next two, including the semifinal and his first consolation bracket match. Richter would finish out his day with a win in his final match, earning him fifth place at 125 pounds.

Third-year Paul Papoutsis also came close to qualifying for nationals. Papoutsis and Richter were the only two Chicago wrestlers that came into the day seeded. Papoutsis had a bye in his first round and then came up with a 9­–3 victory in his next round match. Unfortunately, like Richter, Papoutsis also lost his semifinal match. In the consolation bracket, Papoutsis bounced back to win his way into the third-place match. However, he lost 4–3 in the third-place match, earning him a fourth-place finish on the day.

Second-year Nick Ferraro and first-year Mason Williams were the other two Maroons to get a win on the day. Both wrestlers went 1–2 on the day.

This will be the last action of the season for the Maroons. On behalf of the team, Williams said, “Overall I would say that the team feels disappointed. We did not wrestle poorly, but we did not wrestle our best.”

Although this season came to an end sooner than anticipated, the Maroons will have to prepare for next year. “We need to continue our improvement and get stronger in the weight room. If we do that, we should be in good shape for a breakout year,” Williams said.

With much of Chicago’s top talent returning to the mat next year, the 2016–17 season will be one to watch.