Maroons Look to Rebound at Home Against Robert Morris 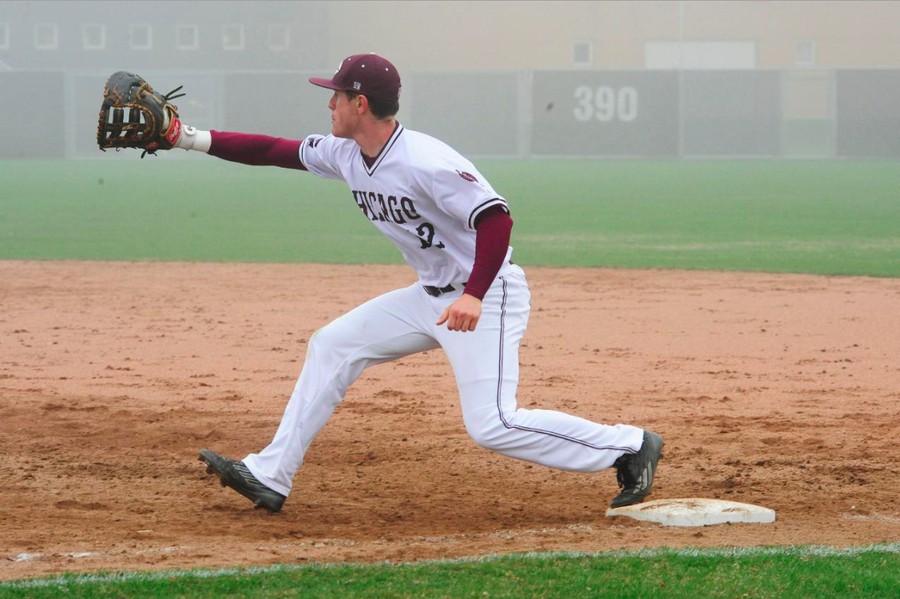 It might not feel like spring, but for the Maroons the baseball season must go on. Despite the cold and the rain, Chicago played its home game against North Park on Wednesday. Unfortunately, the weather seemed to affect the home team more than the away team, as the Maroons fell 8–4 to North Park. They will look to turn it around this weekend as they play a doubleheader against Robert Morris (Springfield) on Sunday.

The South Siders were on their last legs on Wednesday, and that was a big reason for the loss. Letting up eight runs has become an unfortunate norm for the Maroons this season, as the squad has let up eight or more runs in its last three games. It was not just one pitcher that was to blame for the outburst of runs. Chicago used five pitchers, four of which had an earned run scored against him.

Chicago’s offense was not the best it could have been either, only scoring four runs on the day. One of the bright spots was first-year Josh Parks. Parks went two-for-four and drove in a run. This is becoming a trend for Parks who is emerging as one of the team’s best players. He has a .352 batting average and has stolen nine bases this year.

Parks thought that the cold conditions were a big factor for the Maroons, but not for North Park in the loss on Wednesday. “First off I'd like to give all the credit in the world to North Park. They came to our campus on a day with brutal conditions and were ready to win the baseball game from the first pitch onward. The exact opposite was true for our guys,” Parks said.

When playing baseball in Chicago, you can never be sure what the weather is going to be. The Maroons will have to get used to it before they play Robert Morris on Sunday back on Chicago’s home field.

Robert Morris has not had a great year thus far. They come into the game with a record of 4–25. The Maroons, who stand at 13–14 this season, should have a great chance to gain momentum for the final month of the season.

If Chicago wants to take advantage of this opportunity to win a couple games this weekend, it will need its pitching to improve. Parks thinks that the few days off will help the Maroons’ staff have a good weekend. “Sunday we'll have a couple of our horses throwing so I'm confident about our chances, but every game at this level truly comes down to who can produce on the offensive side of things,” Parks said. It will be interesting to see if the Maroons’ batting and pitching will improve this weekend. Against a subpar Robert Morris team, it is likely they will.