Chicago Improv Festival Is Where Stars Are Born 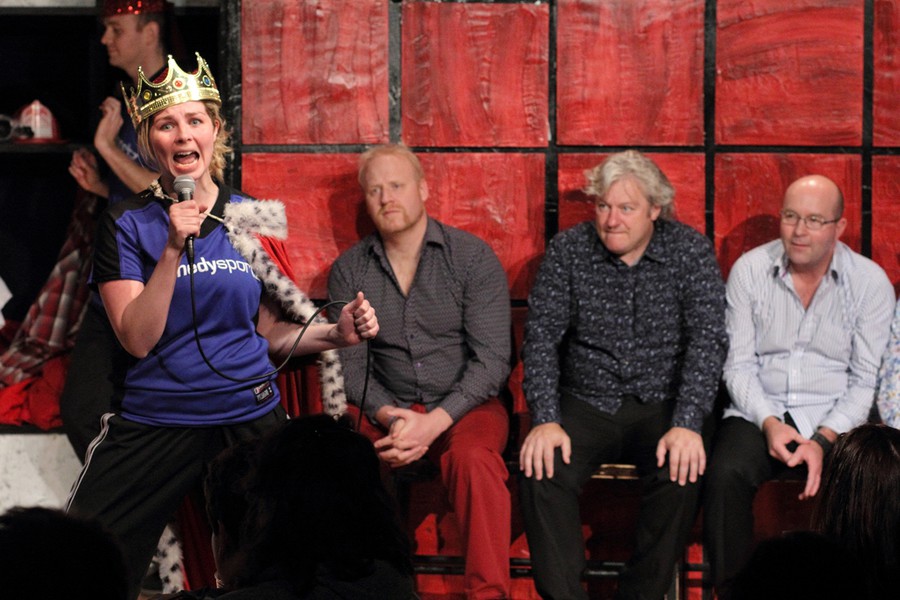 The Chicago Improv Festival is a mecca for comedy troupes all over the world, like New Zealand’s Improv Bandits, pictured here during the 17th Annual Festival in 2014.

This past Sunday marked the end of the 19th Chicago Improv Festival, which featured more than 170 groups from nine different countries performing in 105 shows. The festival promoted the bustling Chicago improv scene while bringing in improv veterans and upcoming acts alike.

Charna Halpern, co-founder of the iO theater and co-creator of long-form improvisation, lauds the festival for drawing crowds. In her words, “People from outside of town, people from the suburbs are coming out to see what we do.”

These people return for more improv as well. Thanks to the work of pioneers like Halpern and her partner, the late Del Close, Chicago has become the mecca of improvisation, nurturing stars such as Tina Fey, Stephen Colbert, and countless Saturday Night Live cast members. Nowadays, there are more theaters in Chicago than years of my life, and the premier theaters like iO and Second City sell out shows on the daily.

According to Halpern, the festival even brings performing talent into Chicago permanently. “A lot of improvisers from outside of Chicago may have had cold feet, then come here because of the festival and realize ‘This is where I have to be.’”

Susan Messing, a veteran improviser and teacher whose list of accolades would murder my word count, performed in four separate shows and taught one of the many workshops offered as part of the festival. Messing’s workshop, called “Protecting the Freak,” taught improvisers how to work with more troublesome improvisers. In her words, “It’s about how you play with someone whose energy seems significantly different than yours. I give a lot of ways to play with people who are difficult, or unusual to play with.”

Messing and Halpern agreed that the focus of the festival is to celebrate Chicago’s existing improv scene rather than promote further interest though it clearly does both.

“We have the greatest audiences of the world in Chicago,” Messing explained. “I’m not sure if the festival significantly augments the audience, but it certainly spotlights what we do.”

This is natural, since the Chicago improv scene is wonderfully saturated. Halpern credited Chicago native Jonathan Pitts, co-founder of the Chicago Improv Festival, and his wholehearted support of the Chicago scene for bringing the festival to its current level. “He’s celebrating what we do, and we all want to support that.”