The University’s commitment to community involvement does not extend to Hyde Park’s homeless population. 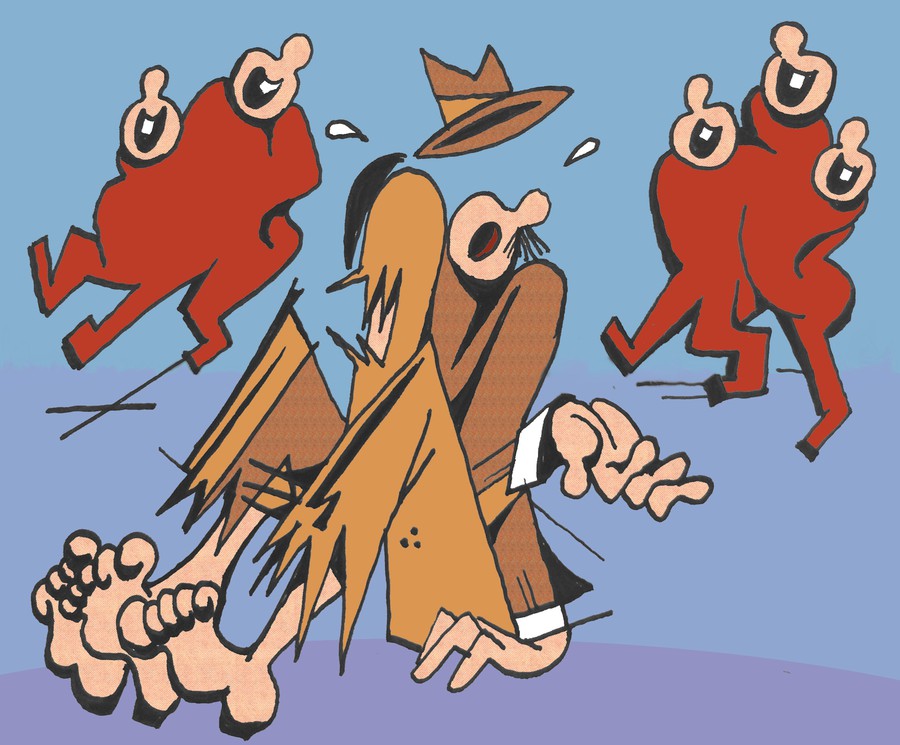 All current students can recall the many packets and pages of paraphernalia from both before and after their admittance to the University of Chicago, in which the school boasted of its extensive resources, diverse RSOs, and community involvement.

Coming from the Bay Area, which touts a homelessness crisis largely overlooked by its population of high-income STEM field employees, I had hoped that Chicago’s dense urban culture would involve an increased awareness of local socioeconomic disparity. Indeed, it is common knowledge that as an expansive metropolis, Chicago is home to numerous marginalized communities.

However, I never expected to meet a woman, cold and desperately crying from hunger, begging for food just across the street from Bartlett Dining Hall. My disbelief that the school’s professed magnanimity ended at the intersection of University Avenue and 57th Street only grew upon finding a man stationed at Hull Gate, just across the street from wRegenstein Library, extending a white cup for spare change while students passed by on their way to class. Conversations with my peers have revealed that these experiences are not anomalies; others have witnessed impoverished individuals unaffiliated with the University lingering around fraternity parties and student events.

Upon further investigation, it appears that the University contributes significantly to research about homelessness and poverty. Chapin Hall recently succeeded in the task of determining the percentage of youth who have experienced or are experiencing displacement within a year—one in 10. Urban Labs has organized groundbreaking programs and policies about integral contributors to the issue.

But when it comes to direct involvement, there are few University-organized, publicized opportunities for students to volunteer firsthand. Out of the 376 RSOs on campus listed on Blueprint, only two are specifically dedicated to serving the homeless: Homeless Food Run and Community Health Initiative. Interestingly enough, my encounter with the woman outside Bartlett occurred immediately after I participated in one of the events hosted by Homeless Food Run, in which a group of students assembled food packages and distributed them to homeless individuals on State Street. In hindsight, there is something structurally unsound about a system that encourages and funds students to make food packages for displaced persons situated all the way downtown, but turns a blind eye to those in need at its very doorstep.

Similarly, UChicago Dining sources its produce from local, minority-run businesses, donating its leftover food to the organization Pacific Garden Mission. Yet this shelter is located approximately 20 minutes away downtown, again neglecting the needs of individuals in the Hyde Park community—especially accounting for the difficulty of scraping together the funds necessary to access the El train and CTA bus service without the convenience of a Ventra card. At a school with an endowment of nearly $8 billion, the homeless in the immediate vicinity should not have to turn to the initiative of students and student-run organizations for their next meals.

The Council on University Programming (COUP) is mandated by UChicago to host well-attended, engaging events such as Kuvia and Snowball. The school has the full financial ability and influence to encourage COUP to integrate community involvement and service with other events, addressing the need for a more localized approach to poverty. One can hope that students would gain awareness from proactive service, rather than stumbling upon those neglected by this flawed system. Simple moves such as designating nearby off-campus locations to provide blankets and leftover meals on especially cold nights and encouraging students to assist with these efforts would hugely impact both campus culture and the surrounding community.

To live up to the visionary admissions letters that brought us here, the University must first confront the disconnect between its claims of community involvement and its actions.

Kathleen Cui is a first-year in the College.

Do More Than Just Lip Service

Small-scale service efforts don’t resolve structural inequities, but that doesn’t mean we shouldn’t volunteer at all.