Grounds of Being Goes Public With Divinity School Rent Dispute 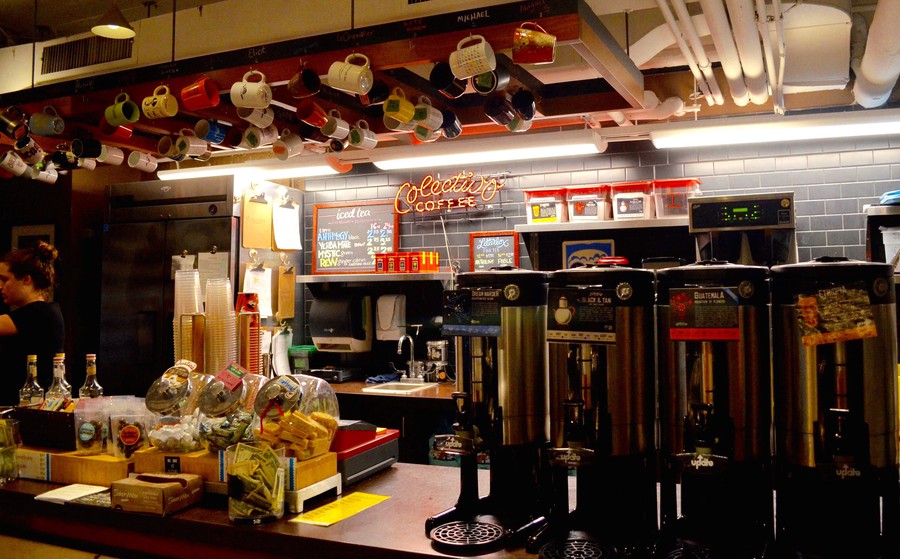 Grounds of Being and its parent organization, the Divinity Students Association (DSA), formed the DSA/GoB Preservation Committee after negotiations with the Divinity School administration broke down at the end of fall quarter, and jointly released the statement. The Committee plans to host a forum on January 12 at 10 a.m., in Swift’s third floor lecture hall.

The main issue under discussion is the possibility that Grounds of Being will be charged for its rent and utilities in the basement of Swift Hall, which have been free of charge in the past. Grounds of Being directs its profits toward DSA and argues that this provides critical funding for graduate students in the Divinity School. DSA uses the profits to fund travel for conferences and to provide emergency funding for students when needed.

“There's really no way to pay any amount of rent without stripping DSA of something,” said Juliana Locke, one of GoB’s general managers. “We've received nothing in writing delineating the rent, and why the rent is that much.”

GoB’s profits are not DSA’s only source of funding: It also receives approximately $27,000 yearly from student life fees that all Divinity graduate students are required to pay. However, these funds can only be used for some activities.

“[Student life fees] primarily can be used for social events and things that are open to the entire Divinity School community,” said Erin Simmonds, DSA’s president. “Any sort of social event that we host is funded through student life fees.”

On average, Grounds of Being makes $30–35,000 in profit yearly. The University’s most recent proposal includes no specific number for rent, but Committee members say administrators quoted $60,000 in previous discussions—$40,000 in rent and potentially $20,000 in utilities.

On its website, the Committee posted a formal proposal the Divinity School offered on January 5. In addition to paying rent, it asks GoB to integrate its finances with those of the University and begin accepting Maroon dollars. As an independent coffee shop, GoB has long been cash-only, but administrators argue this is unfair to students on financial aid.

The proposal also pledges to fund existing initiatives that are currently offered through the DSA.

According to the proposal, “the administration is committed to ensuring that sufficient funds continue to be available to meet the needs of students for emergencies, programming and professional development.”

On January 8, the Committee released its counter-proposal, which agrees to accept Maroon dollars but doesn’t commit to paying any rent.

The Committee’s counter-proposal demands a binding contract with the Divinity School setting out the agreed terms.

“We're calling for the instantiation of the DSA as the sole administrator of student life accounts, and also of Grounds of Being Profits,” Simmonds said. “We want a contract that involves the DSA, Grounds of Being, and the Divinity School administration, that has an explicit figure for rent, and that lasts five to seven years."

In addition, the counter-proposal asks the Divinity School for more transparency on its own financial issues.

“We’re hearing a lot about the financial situation of the Divinity School, and how it requires Grounds of Being to pay this amount of rent,” said William Underwood, GoB’s other general manager. “That's another thing we have no documentation on. What is the financial situation such that it's necessary to expropriate students of $35,000 a year?”

GoB and DSA say that they chose to go public because, by December, they had lost confidence in private negotiations with Divinity School Dean Laurie Zoloth and other administrators.

“It felt [like] we had come up against a wall,” Underwood said. “We were attempting to find points of compromise, [but] there just wasn't someone on the other end of that negotiation.”

The Committee’s statement provoked a significant response on social media and elsewhere. Initially posted to DSA’s website, it was moved to its own site after the Divinity School unlinked DSA from the main Divinity School homepage.

In a statement, Director of Public Affairs Marielle Sainvilus expressed optimism about the negotiations.

“This discussion has been constructive, and the process has given confidence that any remaining issues can be resolved soon,” Sainvilus said in an e-mail to The Maroon.

Grounds of Being will pay $9582.63 for its space in Swift Hall under the year-long agreement.

Divinity School Considers Charging Rent to Grounds of Being