Nussbaum Discusses The Monarchy of Fear at Sem Co-Op 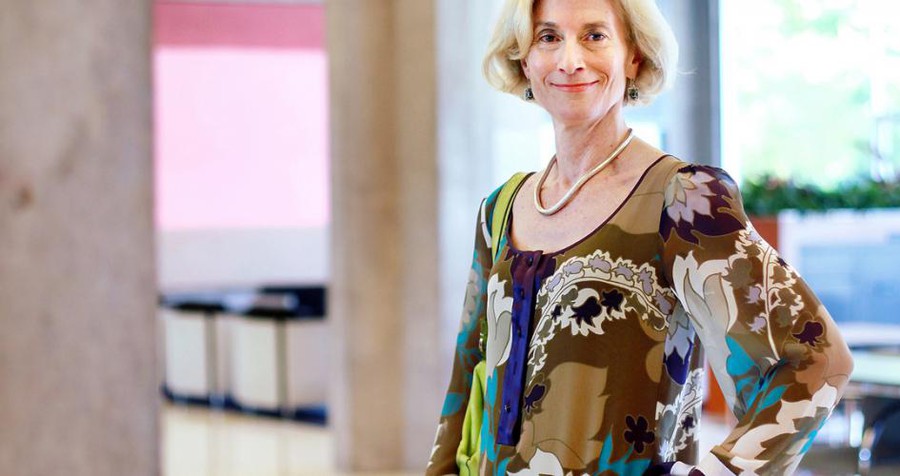 Law School professor Martha Nussbaum discussed her newest and 23rd published book, The Monarchy of Fear, at the Seminary Co-Op on Wednesday night. With the audience, she explored the book’s general thesis: fear rests at the center of all other emotions and has led to current political chasms.

Nussbaum, the Ernst Freund Distinguished Service Professor at the Law School, has written and spoken extensively in the fields of classics, philosophy, political science, and religion. From her acceptance speech of the 2016 Kyoto Prize in Arts and Philosophy to her 2017 delivery of the Jefferson Lecture for the National Endowment for the Humanities, Nussbaum is a significant contributor to the University of Chicago’s pedagogical footprint.

The Monarchy of Fear analyzes the divisive American political landscape since the 2016 presidential election and offers recommendations on how individuals should move forward in a way that closes ideological and social gaps between disparate affinity groups. Nussbaum suggests that fear lies at the heart of America’s divided politics—a fear that is only furthered by stressors such as globalization, the automation of some workforces, and the ever-increasing price of higher education. She finds that individuals who bear the brunt of such changes tend to place blame on certain affinity groups—Muslims, women, immigrants, and “cultural elites,” amongst others.

The book was released on July 3 to acclaim. “An elegant and precise stylist, Nussbaum...writes about gut feelings like envy and disgust with an air of serene lucidity,” Jennifer Szalai wrote in The New York Times Book Review. “One of the virtues of this slender volume is how gradually and scrupulously it moves, as Nussbaum pushes you to slow down, think harder and revisit your knee-jerk assumptions.”

The event itself was widely attended, with all chairs at the Co-Op filled to capacity and sparse standing room remaining. Law School professor Aziz Huq engaged Nussbaum in a Q&A-styled discussion. Introducing Nussbaum, Huq noted the ways in which the book, uses “a multiplicity of disciplinary perspectives and methodological approaches…[and] draws upon deep empirical work.” He also praised Nussbaum’s “enormous expertise and sensitivity to questions of politics, philosophy, drawing upon her own long-standing work on classical philosophy and beyond that.”

With respect to the impetus for writing the book, Nussbaum suggested that writing serves as a form of catharsis for her. “[Writing] is similar to other modes of consolation for me, like a hug,” she said. “If I have no other outlook for self-consolation, I write.”

Nussbaum went on to explore how the 2016 election resulted from a buildup of unhealthy sentiments of fear and commented on the ways in which fear and helplessness have manifested in blame of the other: groups such as immigrants and women. She proposes such categorical othering as a psychological defense in our cultural landscape. “There’s something about us that makes us resistant to sitting down with others and finding solutions to problems. It’s much easier to find a scapegoat and say: ‘Oh, it’s the immigrants who caused that problem. If we only build a wall, then everything will be alright,’” she commented.

All those in attendance remained rapt throughout the entirety of the presentation, with numerous individuals asking Nussbaum questions at the end of the initial Q&A session. When asked about the ways in which one can distinguish disparate types of fear, Nussbaum noted the significance of critical thinking in this pursuit. She went on to highlight the criticality of the University in this regard; in order to understand fear’s presence in the political landscape today, individuals must be ever-probing, asking questions and working to understand fear in the context of other emotions and current events.

In his remarks about The Monarchy of Fear, Huq said, “This is the sort of book that students appreciate; it manages to weave together all of those things [politics, philosophy] deftly and saliently, speaking in a way both touching, relevant, and materially salient to the way we think and act in the political moment.”

Nussbaum to Give Prestigious Jefferson Lecture

Nussbaum will lecture about emotion in politics at John F. Kennedy Center for the Performing Arts in Washington, D.C. for the National Endowment for the Humanities.