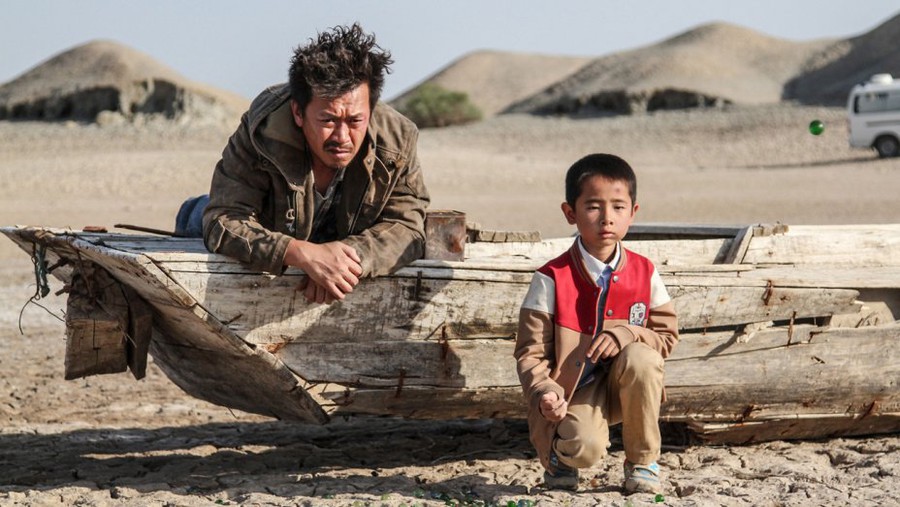 Gaopeng Tang's "The Road Not Taken," a Western set in China's Gobi Desert

Courtesy of the Shanghai Film Festival

By Perri Wilson   and Zoe Bean

With 5,596 films from 135 countries in consideration, the Chicago International Film Festival boasted a huge roster of features, shorts, and documentaries, starring familiar and unfamiliar names. Presented by Cinema/Chicago from Oct 10–21, the festival was a mix of award-winning films and little-known gems that would be hard to find anywhere else. For those 11 days, AMC River East 21 was transformed into a swarming hub for film-lovers and casual viewers.

So, where to begin? We’ve put together a collection of four reviews, a mere taste of what was offered at the 54th Chicago International Film Festival.

Witty and thought provoking, French director Olivier Assayas’s Non-Fiction is an unrelenting discourse disguised as a fictional story. Following a circle of intellectual-bourgeoisie friends and colleagues (and lovers), this almost aggressively modern film appears at first to be centered around a self-pitying author (Vincent Macaigne) and his publicist (Guillaume Canet), although it quickly extends its attention to the women in their lives.

We get to know the characters as they schmooze in their beautiful apartments, drinking and discussing everything from the future of print to the state of politics to the nature of truth in the internet age. At times dizzyingly fast-paced, each line of these conversations is poignant and quotable. Yet, no matter how clever these dialogues may seem in the moment, they eventually begin to run together, and the viewer is left with exhaustion all too familiar to anyone who has become tired of intellectual speculation and theorizing.

The same dialogues continue even during intimate moments between characters. Lying side-by-side, the publicist Alain and his young employee (Christa Théret) do not speak of the extramarital affair that he has just committed, but rather continue to debate the effect of technology on literature.

Aware of this affair and guilty of her own, Alain’s actor wife, Selena (played by the amazing Juliette Binoche), is—like so many of the characters in Non-Fiction—contentedly non-confrontational. There are no dramatic cracks in their marriage, and relatively few tears are shed; the audience seems to have happened upon a plot full of irrelevant infidelities that had been going on since long before. Yet in perhaps one of its most impressive feats, Non-Fiction is incredibly touching. No matter how guarded and even cold they are, the film’s characters are in the end each naturally vulnerable. And unlike so many attempts at depicting our technology-obsessed, modern lifestyle, Non-Fiction does not sacrifice the human relationships that are so inseparable from the theoretical concerns of our time.

I cannot recommend watching Funny Cow at 10 in the morning, as I did last Thursday. The British film, directed by Adrian Shergold and starring Maxine Peake, focuses its attention entirely on a female comedian, stage-named Funny Cow, and jumps non-chronologically through moments of her consistently dark life.

Among the periods that the film returns to, again and again, are Funny Cow’s childhood in the colorless, poor backstreets of her neighborhood, and her relationship with the terrifying Bob (Tony Pitts). Both of these periods are dominated by domestic violence from either her father or boyfriend.

Although we are given glimpses into her ultimate success—stage lights, a flashy car, heavy make-up—throughout the film, Funny Cow never gives us the satisfaction of watching her break free. The non-linear structure of Funny Cow keeps the audience contained within what feels like completely stagnant periods of violence and poverty. While we see the giant country house that our protagonist escapes to, we never see the escape.

A movie about a comedian growing out of a tough life could easily purport some sort of pro-humor message—yet Funny Cow does no such thing. When Funny Cow laughs, she laughs privately, cynically. No matter how many times Peake returns to the refrain of wanting to make people laugh, laughter in the movie is just as dark and lonely as violence. The career of comedian is, at its best, simply a stage for Funny Cow to finally speak. And, at its worst, it is a career that leads fellow comedian and Funny Cow’s inspiration, Lenny (Alun Armstrong), to suicide. In short, humor is anything but uniting. Even in moments of levity, such as when Peake playfully pranks her intellectual savior boyfriend (Paddy Considine), her laughter is uncomfortably one-sided.

Peake’s most striking trick throughout the film is the way in which she stares into the camera, making us the intentional bystanders to her life. Friendless and proud, Funny Cow’s uncomfortable, drawn-out looks are not attempts to communicate with the audience or plead for help. They are simply the stoic gazes of someone with nothing to lose.

Diane was written and directed by documentarian Kent Jones. Perhaps his background, grounded in reality, accounts for the film’s attention to detail and cultural accuracy. The film follows an older woman moving through a life she has dedicated to helping others—her drug-addicted son, her ailing friends, and the homeless people who frequent the soup kitchen where she works. This premise has the potential to be a moving story, but it is Jones’s seamless integration of minutiae of New England life—the kitschy, fading Victorian homes, the stark, shaky night driving shots—that lend the story the authenticity to really pierce hearts. Further, the actors’ strong portrayal of rural New Englanders gives the film grit and helps the story to avoid feeling like a cheap tearjerker.

The standout performance in Diane is undoubtedly Mary Kay Place (Being John Malkovich; Girl, Interrupted) as Diane herself. This film operates on the radical notion that women can be engrossing, multidimensional characters—it even passes the Bechdel test, a depressingly low bar that far too many of this year’s standout films couldn’t muster the chutzpah to pass. Place takes Jones’s strong writing and imbues it with a commendable breadth of emotion. In one scene, she sits around a table with multigenerational friends and family, trading stories and cookies. Diane lets her more exuberant friends command the attention in the room, and yet the way she drinks in their warmth and excitement alludes to more going on below her surface. Diane may resonate with viewers or share qualities that they associate with the women in their lives, but she is not a sister, aunt, mother, or wife. She is the subject of her own film, rather than a canvas for other characters’ stories.

The beauty of the Chicago International Film Festival is the scope of its submissions. One can watch a deeply American film like Diane one day and see a film like The Road Not Taken the next. Gaopeng Tang’s directorial debut is a strong candidate for most refreshing take on a Western to come out this year. If Westerns directed by Italians are “spaghetti Westerns,” this film, which is set in China’s Gobi Desert, could be called a “lo mein Western.” It retains the base elements of the genre—a vigilante on a quest to save a damsel in distress, a gang of outlaws determined to catch him, hostile locals, brawls, robberies, and shootouts, all of which coalesce in an adventure that feels a bit less campy than your average Western, and with a decidedly Eastern twist.

In The Road Not Taken, one explores a side of China that the average American rarely gets a glimpse at. The main character, Yong (the exuberant Xuebing Wang), is an ostrich farmer who owes mob boss Mr. Wu (Xufeng Wang) a lot of money. Wu aims to settle this debt by kicking Yong’s ex-wife out of her apartment. He gives Yong an extension, leaving him with his boss’s son (the adorable Gengyou Zhu) for a few days and promising to return to negotiations when he picks him up. As Yong travels with the boy to save his ex, they cross Mad Max–esque stark expanses of land, frequent dusty truck stops, and steal from a lonely fruit stand along the highway. This odyssey is visually stunning, though a bit drawn out. Nonetheless, the depraved but charming auxiliary scenes draw parallels with Yong’s storyline, allowing the reader to think about power dynamics in such a barren place.