Denzel Curry Commands the Stage at the Bottom Lounge 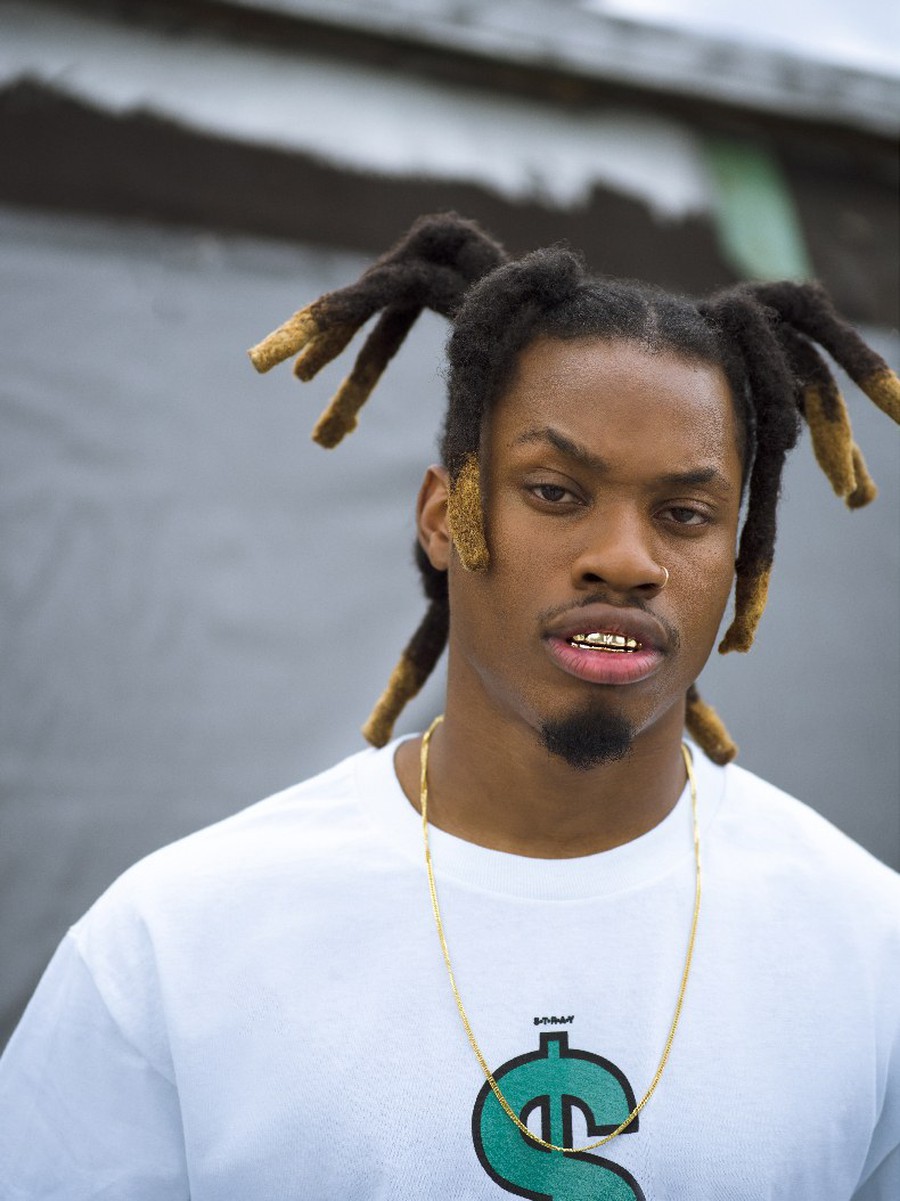 Rapper Denzel Curry, with his nerdy Fortnite dances and mid-performance meditation sessions, was crowned Chicago’s concert king this past Thursday at the Bottom Lounge. He transformed the calm atmosphere of the small venue with cute pinball machines and a fair craft beer selection to quite the opposite: The music blaring across the hall made the earplugs I wore tremble in weakness at his presence. Despite the power and ferocity of his performance, Curry did not project a stage persona. He was purely himself: a man achieving his childhood dreams, rapping and making people bump their heads and mosh to his music.

The night started off with a performance from Kid Trunks, a small trap artist also from South Florida. A small Vietnamese-American frame with hip-hop’s favorite permanent accessory, face tattoos, Kid Trunks walked on stage with swagger, barging in with the typical question “How the fuck is Chicago doing? We about to get lit tonight, turn the fucking music up!” In an unexpected move, he did not perform any of his hit singles, but only the late XXXTentacion’s music. Trunks chose to only play XXXTentacion’s music as a tribute to the controversial and recently murdered rapper, for whom Trunks also prepared an accompanying video montage—an intimate goodbye to a friend. The two artists were in the same hip-hop collective, “Members Only,” uploading trap tracks to SoundCloud. The opening act was full of energy, with Trunks performing hard-hitting, bass-boosted cuts of songs like “Take a Step Back” and “RIP Roach,” that had the crowd moshing and jumping and united them under heavy air and blaring music.

Curry’s act began with darkness and the soft, mellow beat of the title track of his critically acclaimed album, TA13OO. As the song intensified, guitar riffs guided the audience toward the chorus while Curry ran up on stage and started singing along. The song focuses on a damaged woman in his caring arms and his desire to build a relationship with her despite all the pain she’s been through. It made for a powerfully intimate opening song. And the crowd loved it, too, especially the two children in front of me who looked up at Curry like he was a superhero.

Curry took advantage of the emotionally charged opener and only elevated the energy of the crowd by performing fast, booming bangers such as “Sumo,” “Clout Cobain,” and "Switch It Up.” Despite standing in a dark corner, trying to observe his fast and elusive movements across the stage, his lyrics and the blasting music made me become one with the crowd—blood rushed to my arms and legs until I submitted to sound and joined the people who were jumping, smiling, and rapping.

With his masterful control of the mic and crowd, it would be easy to believe that Curry was born to be on the stage. He danced with the music, rapped every song with passion and energy, and smiled knowing he was delivering an unforgettable night for his fans. He showed off his versatility as he rapped fast and slow, with and without music. (He sang the last verse of his hit, “Ultimate,” a cappella.) He is a man with no fear. He interacted with the crowd, constantly asking how they were doing, telling everyone to rap alongside him. He even gave a high-five to a guy with the signature mask from his album cover.

Curry ended the night by bringing Chicago rapper Saba to perform with him for the last song of his album, “Black Metal Terrorist”; With a simple bow, he left fans hungry for one more song, but did not come back. With his talent and natural stage presence, Curry killed the notion of needing a stage persona and made it okay to be a relatable, goofy dude while rapping and trapping heavily.