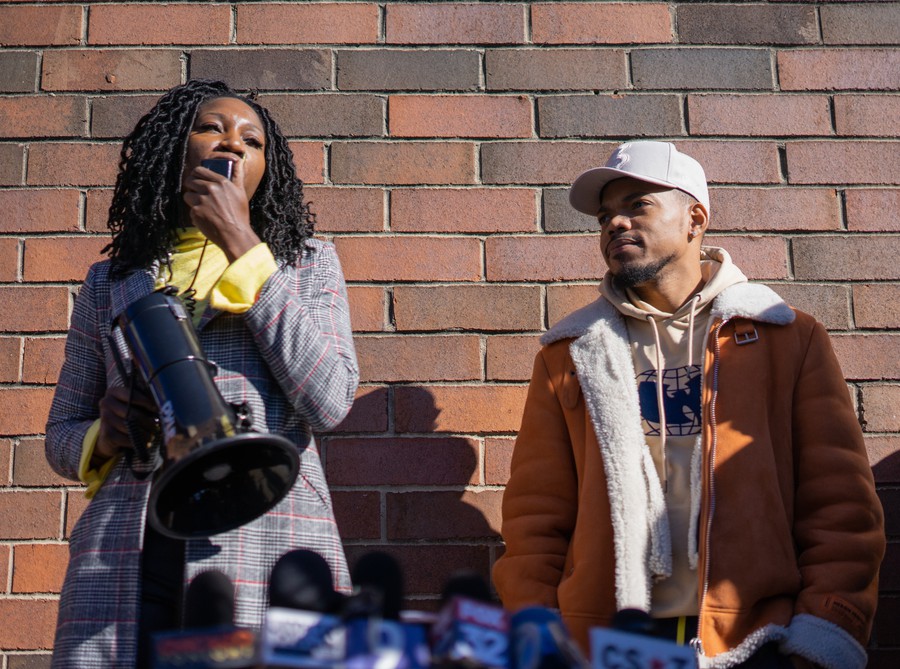 Their first rally was several weeks ago on 63rd and Cottage Grove.

Update (11/13, 10:57 a.m.): Kristi Kucera, a spokesperson on Enyia’s campaign, said that Chance's attendance is not confirmed. The article has been updated to reflect her statement. Her statement in full is at the bottom of the article.

Kucera also said that the rally will be moved to in front of Cobb Hall.

Mayoral candidate Amara Enyia is hosting a voter registration drive on campus on Tuesday at 1:30 p.m. Chance the Rapper might join.

In front of Cobb Hall, Enyia will kick off the first in a series of “college pull up rallies,” events intended to encourage student civic engagement in the February Chicago City elections.

Shnesa Wiggins, a pull up rally organizer on Enyia’s campaign, said Enyia aims to “go to all of Chicago’s colleges and universities to promote education and highlight the importance of voting.”

Enyia and Chance have been hosting surprise rallies throughout the city. Their first one was several weeks ago at the intersection of East 63rd Street and South Cottage Grove Avenue.

A week after Chance’s endorsement, Kanye West donated $73,540 to Enyia’s campaign, and later donated another $126,460. Other mayoral candidates such as Lori Lightfoot have criticized Enyia for accepting donations from West, who is an avid supporter of President Donald Trump.

Below is Kucera's statement that Chance's attendance is not confirmed.

“Amara Enyia will be on site to highlight the importance of young people voting. Chance the Rapper is possibly going to "pull up" and join her. He is not confirmed to appear, but — in the spirit of "pull ups" - he may pop in and surprise everyone today. We look forward to engaging with young people and building on the growing trend of millenials' spiked interest in civic engagement.

Coordinating schedules is always a challenge. While Chance is not guaranteed to be at all of our pull ups, our focus is on engaging with students and we are excited to be able to do that.”