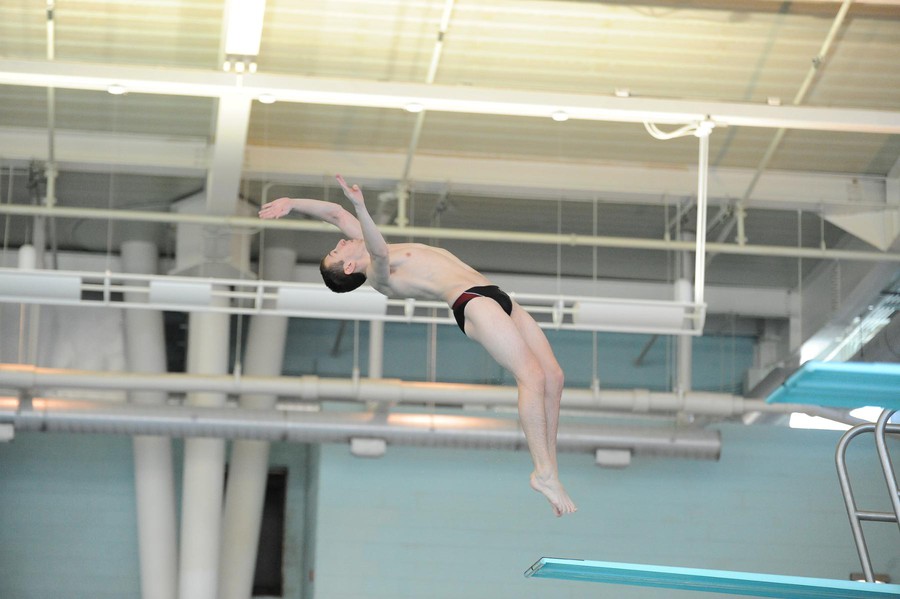 The University of Chicago men and women prepared for the upcoming NCAA Regional with a fourth-place finish and a first-place finish, respectively, at the Midwest Invitational this past Sunday. The Maroon women were victorious in eight events. Two first-years, Eleanor Cambron and Michelle Cho, swam to first-place finishes, joined by second-year Nicole Garcia and third-year Hannah Eastman. As for the men, first-year Graham Lane was the top finisher, taking third in the 400-yard IM.

The invitational will act as a great warm up for both the swimmers and the divers. The divers will jump straight back into their competition this weekend at regionals whereas the swimmers will compete in the NCAA DIII Championship over spring break (March 21–24).

The NCAA Diving Regionals will be a home event for the Maroons at Myers-McLoraine Pool and will span the course of Friday and Saturday. The events will be reversed for the men and women each day—the women Maroons will have their three-meter dive on Friday with the men competing in the one-meter dive. On Saturday the men will take to the three-meter board while the women drop down to the one-meter counterpart.

With the swimmers being off until the DIII championships in a few weeks the spotlight is certainly on the divers and they could not be more excited for their own personal weekend. Fourth-year and All-UAA in the three-meter dive and one-meter dive Natalie DeMuro said, “We’re really excited and ready to compete this weekend. Regionals is our most competitive meet, and having the home pool advantage this year will give us a lot of confidence going in. Our friends, family, and team will all be here to cheer us on and we can’t wait to see some big performances.” She then continued to discuss the team’s hard work since taking fourth at the UAA conference championship a few weeks prior. “Conference gave us a good idea of where our dives were at and what we needed to work on. Since then we have been making small adjustments to hopefully improve on our success,” DeMuro said.

As for the men, first-year Joseph Zhao hopes to add to his stellar first conference competition with another top-10 finish. He placed seventh at UAAs and has his sights set on placing again at the NCAA Regionals—an impressive feat for just a first-year.

After an intense week of practice, the Maroon divers are ready to defend their home pool starting Friday at 2 p.m.