Controversial GOP Candidate for Illinois Governor to Speak at IOP 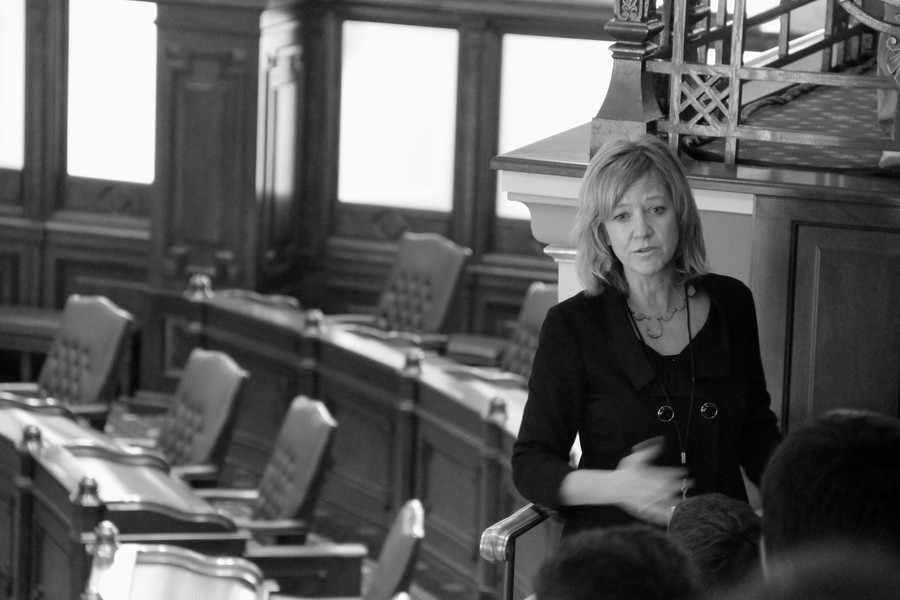 Jeanne Ives, Republican candidate for Illinois governor, will speak at the Institute of Politics (IOP) on Monday.

Ives’s visit follows a month of tumultuous campaigning, including a controversial TV ad that appears to mock transgender individuals, among other groups, which quickly sparked bipartisan outcry.

“Thank you for signing legislation that lets me use the girls’ bathroom,” says a deep-voiced actor wearing a dress. A man in a hoodie with a bandana over his mouth thanks Rauner for making Illinois “a sanctuary state for illegal immigrant criminals.”

This is the @JeanneIves and @DanProft we have known for years. There is no room in the Republican Party for racist, bigoted, homophobic candidates like her. We are better than @JeanneIves #twill https://t.co/f7Sdq2g4Us

A West Point graduate, Ives served in the U.S. Army as a platoon leader, and later as an ROTC instructor at Wheaton College. She entered the Republican primary race late last year, after serving three terms as a member of the Illinois House of Representatives for the 42nd District.

Ives has also been a vocal critic of ready access to abortions.

Governor Rauner currently holds an 18-point lead against Ives, according to polling data from the Paul Simon Public Policy Institute, as of Thursday, March 1. Rauner has been deemed the most vulnerable incumbent governor in the United States.