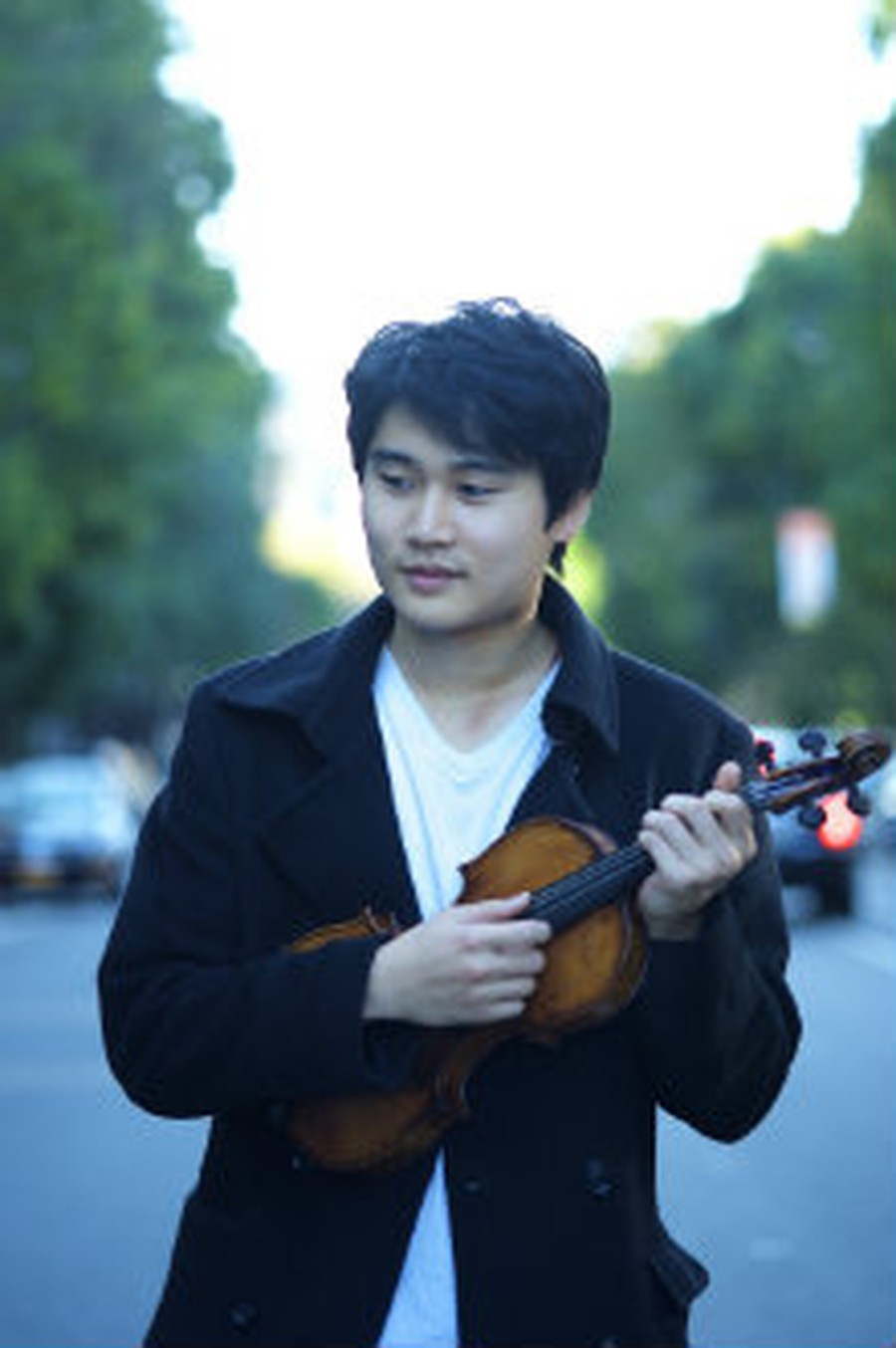 On Saturday evening, the University Symphony Orchestra (USO) presented a program of three works exploring various musical conceptions of passion, love, and emotion. From an apparent lack of passion to an overwhelming wave of it, as well as many shades in between, the orchestra conveyed the subtleties of each composer’s work with great finesse.

Conductor and Director Barbara Schubert masterfully guided the audience through Igor Stravinsky’s enigmatic Symphonies of Wind Instruments, highlighting moments of melodic alternation between instruments. Schubert’s approach reflected the reticence with which Stravinsky hoped his listeners would approach the piece. After several minutes full of sudden entrances, abrupt passages, and shrill high notes, the warm and peaceful final resolution was a welcome contrast.

The wind section then headed into the balcony while guest soloist In Mo Yang took the stage for Leonard Bernstein’s Serenade (after Plato’s Symposium), a work for strings and solo violin. Yang is currently a student at the prestigious New England Conservatory but has already garnered international recognition for his superb playing. He is the First Prize Winner of the 2014 Concert Artists Guild Competition and the 54th International Violin Competition Premio Paganini, the latter of which had not awarded a First Prize since 2006.

“I just love the energy of the orchestra and the attitude to make the best music we can,” Yang told The Maroon ahead of his performance with the USO. He spoke fondly of the rehearsal process with University of Chicago musicians and has enjoyed spending time with them outside of rehearsals. Despite what must be a grueling rehearsal and performance schedule throughout the season, Yang enjoys playing with different ensembles.

“Part of being a soloist is to make music with different people from different backgrounds,” he said, “to prove that where we came from, our races, [and] our cultures don’t really matter when it comes to music.”

Saturday’s performance of Bernstein’s Serenade was not Yang’s first collaboration with Barbara Schubert, but it was his first performance of this work. The novelty of the piece in Yang’s repertoire produced an inspired performance that was dynamic and full of life throughout. At no point in the five movements did any phrase seem stale; rather, the different affects and styles were brilliantly conveyed to the audience. Though programmatic in nature, the Serenade felt accessible to the entire audience, not only those well-versed in Plato’s Symposium. Indeed, Yang stressed the importance of “[keeping] the abstract aspect of the music intact.” He was “more interested in presenting [his] own, genuine interpretation,” than in confining the work to a single programmatic meaning.

From the pastorale-esque opening melody to the jazz inflections in the last movement, Yang’s commitment to his interpretation was well worth it. The orchestra supported the soloist particularly well during the second, dance-like theme of the first movement. The second and third movements were vivid and well-executed. The slower fourth movement stood out with an exceptionally beautiful, lyrical theme as the rich tone of the strings complemented Yang wonderfully. The final movement was a triumph of orchestra and soloist alike, with a convincing chorale and enticing duet between Yang and the principal cellist. Multiple rounds of applause brought Yang back to the stage after the Serenade came to a close, and as warm as the audience was following the Bernstein, Yang’s encore of Niccolò Paganini’s Caprice No. 1 earned him a standing ovation.

The second half of the concert consisted of Tchaikovsky’s Symphony No. 6 in B minor “Pathétique,” the last piece the composer ever conducted, only nine days before his death in 1893. The USO certainly did this masterpiece justice. The poignant first iteration of the main theme by the bassoon foreshadowed the grief and anguish to come in later movements. The climax of the first theme was exceptionally delivered, as was the subdued ending. The elegant quasi-waltz of the second movement emphatically contrasted with the solemnity of the first. The third movement, which may have benefited from more clarity among the string sections, was bright and invigorating.

The final movement, however, was truly superb. In the USO’s interpretation, it embodied the Symphony’s title, Pathétique. The key here is to consider its meaning in Russian (Pateticheskaya, meaning passionate) and to not fall prey to the less-robust French definition, which merely suggests “pitiable.” The orchestra’s build-up to the climax was undoubtedly intense, but it was the bleak—though no less passionate—pianissississimo ending that made the performance remarkable.

Oddly enough, the faded end of the Tchaikovsky provided the audience with a moment of clarity reminiscent of the final chorale of Stravinsky’s Symphonies. The two works could hardly be more disparate in affect. The former is one of Western music’s most expressive symphonies and yet ends in a barely audible chord. The latter is cold and pure throughout but ends with a seemingly out-of-place, although relaxing, chorale. One is the epitome of Romanticism, while the other is its antithesis. Yet while the conductor’s baton was up and the musicians remained in position at the dying final chord of the emotional tour de force that is Tchaikovsky’s sixth symphony, one nonetheless found oneself contemplating love and life in a rather Stravinskian manner.