UCM is the only medical center to have ever performed more than one heart-liver-kidney transplant in the same year. 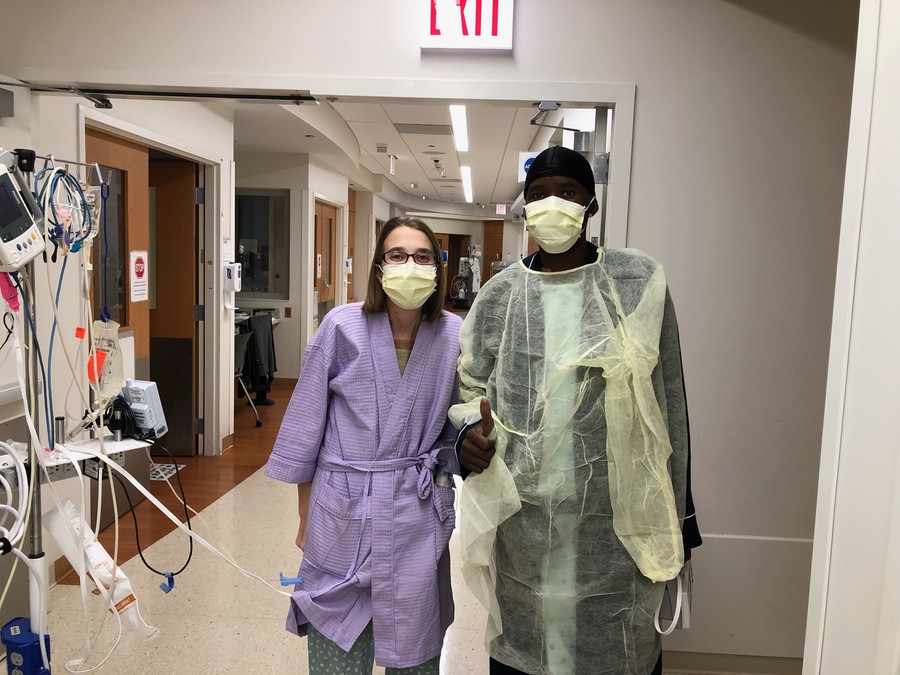 Sarah McPharlin and Daru Smith walking together while recovering from their transplants. Courtesy of the McPharlin family and UChicago Medicine.

Physicians from University of Chicago Medicine (UCM) performed two successful triple-organ transplants within a span of just under two days, the hospital announced on Friday, claiming that this is an unprecedented move in United States health care.

According to a news release from the hospital, the transplants—which gave each patient a new heart, liver, and kidney—took place over the course of December 19–21.

The hospital identified the transplant recipients as Sarah McPharlin, an occupational therapist from Grosse Pointe Woods, Michigan, and Daru Smith, a truck driver from Chicago; both are 29 years old.

Triple-organ transplants are extremely rare, and heart-liver-kidney transplants have only been performed 17 times in the United States since the operation was first performed in 1989 in Pittsburgh. UCM has performed six of these transplants overall.

The hospital’s claim that this is the first time two of these surgeries have been performed back-to-back is supported by data from the Health Resources and Services Administration, a division of the U.S. Department of Health and Human Services, which shows that UCM is the only medical center to have ever performed more than one heart-liver-kidney surgery in the same year. 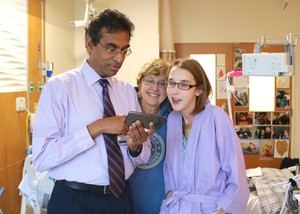 Valluvan Jeevanandam, MD, one of the physicians involved with the surgery, with Sarah McPharlin and her mother.

McPharlin’s operation, according to the news release, took just over 17 hours; Smith’s took over 20 hours.

In a Q&A Facebook Live video streamed by the hospital on Monday, Jeevandandam compared the triple-organ process to a high-stakes marathon for the recipient’s heart.

“We do the heart transplant [first], and then you have to get the heart ready to now sustain what is essentially a marathon run…asking it to immediately run a marathon having to do two other transplants. So we get the heart sewn in and the patient is off the heart-lung machine and purely on their new transplanted heart,” Jeevanandam said.

Afterward, the liver team comes to work on the liver transplant without affecting the other organs, he continued. “Then we come back and the liver team and the heart team close the sternum and the abdomen at the same time. And then…the kidney team comes in, and they finish up with the kidney transplant. So it’s really like a relay race, and you can’t let the baton drop on this one.”

McPharlin first came to UCM in November because the heart she received in a previous transplant 17 years ago had begun to fail.

She had been unable to get treatment from other centers, according to Nir Uriel, director of UCM’s programs dealing with heart failure, transplant, and mechanical circulatory support, who also answered questions in the Facebook Live video.

“We knew that Sarah is on our list [for transplant recipients], and whenever the right organs will come, we are going to perform this surgery and, eventually, follow her thereafter,” Uriel said.

Smith was admitted on November 8 because of heart complications related to his multi-system sarcoidosis, a rare inflammatory condition. According to Uriel, the physicians realized more than a month after his arrival that his heart, kidney, and liver were all failing as a result.

“While we succeeded in stabilizing the situation, we understood this stabilization is just temporary,” he said, “and if [Smith] will not go through a triple organ transplant, he will die. We were ready with one [triple-organ transplant, for McPharlin], and we decide[d] to be ready with two.”

The patients had been put on the waiting list for organ transplant donations; a match was found for McPharlin on December 18, and one for Smith was found on December 19. The organs came from deceased donors; each patient received all three organs from the donor each was matched with respectively. According to the hospital, this is because the body can accept external tissue from a single source more easily.

While fielding questions from reporters during a press visit on Friday, footage of which was shared with *The Maroon* by UCM, both Smith and McPharlin emphasized how having someone else going through the same transplant progress as they were greatly helped both morale and recovery.

“It’s been mind-blowing and amazing, having someone to go through the process with me gave me more motivation and helped me recover more,” Smith said of McPharlin. “I think it was amazing that I was able to be [here] a month and a half and receive all three organs that I needed, and then have someone with me go through the same process a day later.” 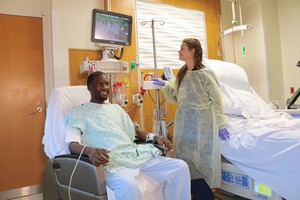 McPharlin told reporters that being with Smith gave her hope for her own recovery: “It was really cool seeing Daru getting up in the hall, and I would know that eventually, pretty soon afterward, I would be doing the same; it gave me the confidence that I was going to be doing just as well.”

On Wednesday, a hospital spokesperson told *The Maroon* that McPharlin has since been discharged from UCM, while Smith remains at the hospital.