The report details why male birds continue to display plumage even after mating. 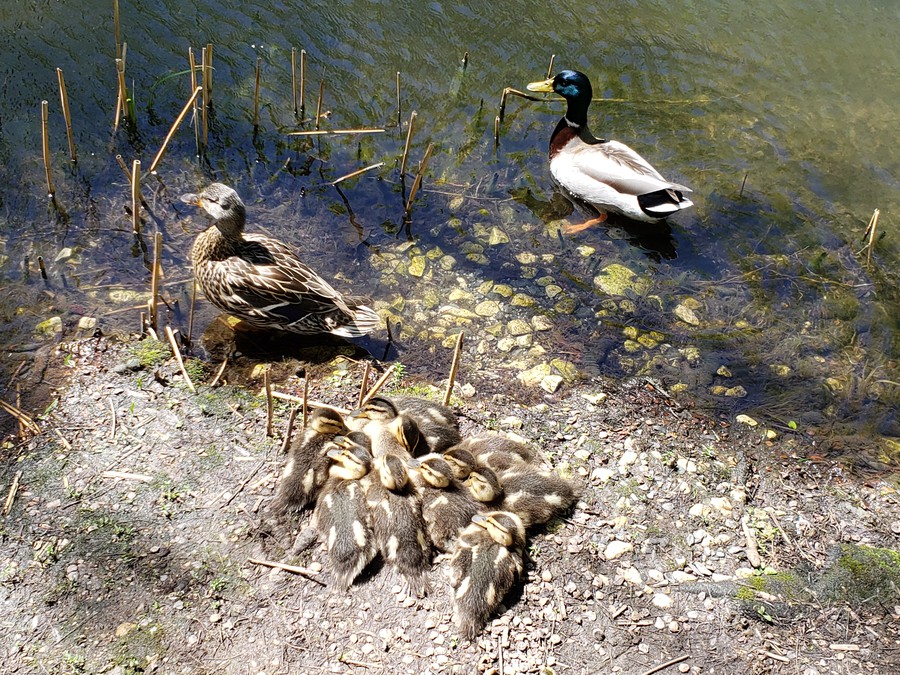 Ducks and ducklings at Botany Pond during the spring.

The paper argues that the elaborate rituals, which involve singing, dancing, and displays of colorful plumage, ensure a higher rate of survival of the birds’ brood by motivating females to take better care of their young.

The research was published last month in the Proceedings of the National Academy of Sciences (PNAS) journal and, according to Price, provides answers to an interaction that has puzzled researchers for over 100 years.

Male birds enact courtship rituals in order to impress potential mates, and previous research has found that birds continue to exhibit this behavior even after they have mated and have eggs or young in the nest.

At first, the presence of these behaviors might seem “paradoxical,” because they divert the male’s attention from raising its young and further sexual reproduction with other mates, decreasing his fitness and ability to pass down his genes. However, Price’s research suggests otherwise.

“Although it has been easy to see how a male may increase the number of offspring he sires by seeking out other females to mate with, the study shows how fidelity to one’s partner may have a similar effect, because without continued displays the female works less hard in raising the offspring,” he stated in an email to The Maroon.

According to the study, both partners in the pair-bond benefit, despite the fact that females work harder in caring for the offspring.

The study cites an increase in eggs per reproductive cycle as an example. Given that a male develops ornamental plumage in order to stimulate his mate’s investment in the brood, the female will respond by laying more eggs in the clutch than she otherwise would. The female then comes to rely upon the male’s flashy displays over time and, without them, there may be a failure of the female to ovulate.

The study could help researchers better understand the role that rituals associated with pair-bonding play within a broader social or biological context—perhaps in more than just ornithology.

“One needs to be careful extrapolating from animals to humans, who have so much culture, and live long beyond what we would do in nature, but there is a lesson here,” Price wrote in an e-mail to The Maroon.

Ninety percent of bird species are monogamous and pair-bonding, so while humans and aviary life might be very different prima facie, their behaviors may offer insight into factors affecting successful human relationships.

Price’s other recent articles include inquiries into patterns of plumage color evolution in warblers, and the reasons behind the complexity of different bird songs.