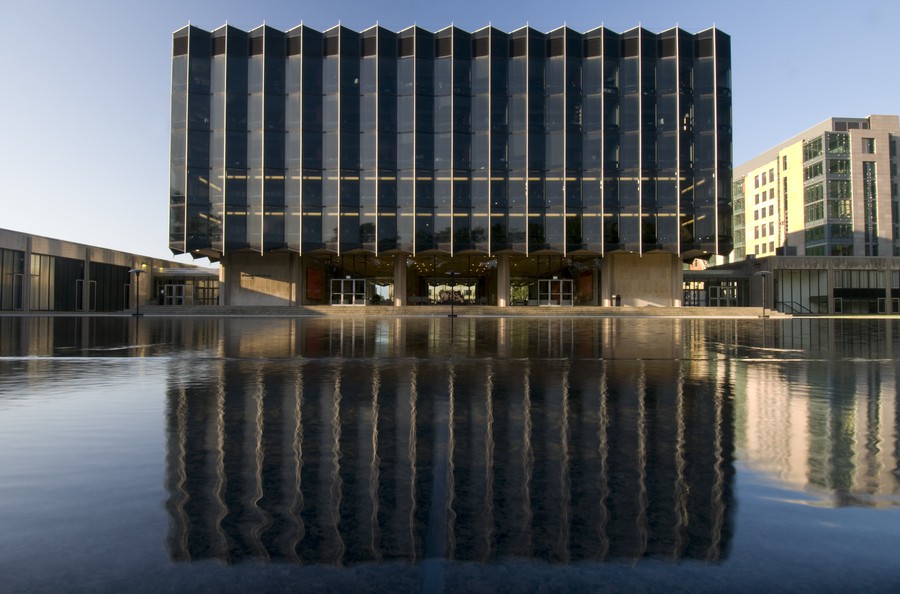 UCLA Law School professor Ann Carlson discussed what proponents of the Green New Deal could learn from the passage of the Clean Air Act of 1970 at the Law School on May 16.

The talk was organized by the UChicago Program on the Global Environment and the UChicago Student Advisory and Research Council.

In early February of 2019, U.S. Representative Alexandria Ocasio-Cortez (D-NY) and Senator Ed Markey (D-MA) introduced a resolution to support the creation of a Green New Deal. A concrete plan for a Green New Deal has been around since 2006, the version supported by Ocasio-Cortez and Markey is an adaption of this original deal. Created by the Green New Deal Task Force, the deal was a product of the Green Party. It is meant to outline a set of sweeping measures to tackle climate change and be a framework for multiple bills that can be individually passed to address aspects of the plan.

The measures mentioned in the congressional Green New Deal resolution range from environmental policies that directly address climate change, such as clean energy development, to social policies meant to address the social changes caused by climate change and actions that seek to curb its effects, such as a federal jobs guarantee. These measures are meant to further a set of core goals aiming for a net-zero carbon emission by 10 years after the resolution passes. These goals include upgrading existing buildings with sustainable utilities, overhauling transportation systems for greater efficiency, and investing in infrastructure with climate goals in mind.

Carlson’s talk focused on the passage of the Clean Air Act of 1970, drawing parallels between criticism of the ambitious nature of both the Green New Deal’s and the Clean Air Act’s goals. The Clean Air Act was passed in response to severely deteriorating air quality and was unique in that it promoted public health above economic or technological limitations. Most legislation for environmental policy is oftentimes centered around economic motivations, but the Clean Air Act prioritized public health over possible economic repercussions from the amount of spending that it required from auto manufacturers.

The Clean Air Act gave the Environmental Protection Agency (EPA) the power to establish a set of National Ambient Air Quality Standards (NAAQS) for harmful pollutants, as well as a deadline to achieve these standards by 1975. Opponents of the Clean Air Act, including auto manufacturers and even some environmentalists, criticized the five-year timeline for the standards and the breadth of regulation, bringing lawsuits against the government. Similar to the criticisms of the Green New Deal, opponents also called the Act too extreme and said it asked for too much in too little time.

Despite those criticisms, however, the Clean Air Act managed to reach the standards that it set by 1981, even amid legal challenges. Additionally, it led to the development of unleaded fuel and a drastic reduction of lead levels in the atmosphere. Carlson, a self-described “huge fan” of the Clean Air Act, characterized the law as “the most successful environmental statute on the books.”

Carlson drew similarities between the criticisms of the Green New Deal and those of the Clean Air Act. She emphasized that even though groups and individuals dismiss the Green New Deal as unfeasible, it is important in the sense of “galvanizing” groups to push for innovative climate change policy. “Maybe ambition actually pushes us closer at least even if we don’t get there fully,” said Carlson.

After discussing similarities between the two environmental policies, Carlson also noted that the fight against air pollution in the ’70s and the current fight against climate change differ in the time it takes to see significant environmental changes from the policies put in place.

“The time lag between when we put emissions up in the atmosphere and when the harms occur and when we try to solve the problem and how long it takes to actually have an effect is different,” Carlson said. She said that taking action against air pollution led to immediate public health results which action against climate change cannot deliver. However, she argued that the delay may be beneficial in some ways as “[it] also buys us some time with the climate change problem,” but that “there [is] a sense of urgency that in some respects [is] really warranted.”

When the audience asked her to speak to those who are skeptical of climate change and the need for enacting policies, Carlson suggested that climate action be viewed as a form of insurance.

“We protect against risk all the time. We buy insurance. We buy insurance because if something bad happens, we want to be covered…. So what if the deniers are wrong? [...] Don’t you want a little insurance against the fact that we might face catastrophe?”