Seminary Co-Op to Transition from Co-Op Model to Nonprofit

The shift comes after years of discussions and losses for the bookstore chain. 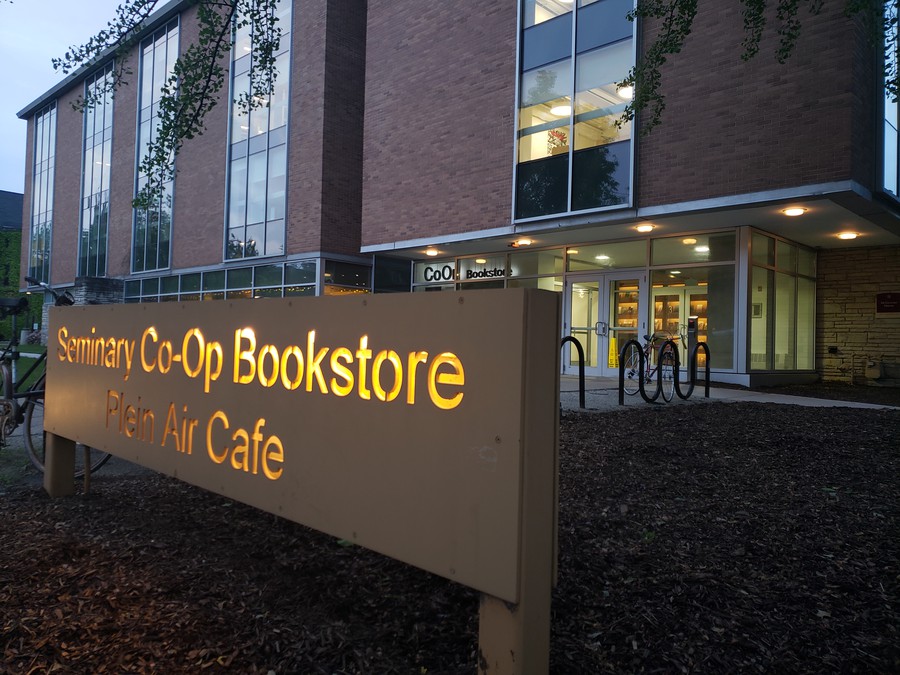 Last Wednesday, shareholders of the Seminary Co-Op Bookstores, which comprises the Seminary Co-Op on Woodlawn Avenue and 57th Street Books, unanimously voted yes to transition their governance structure from a Washington D.C. cooperative—a type of business owned and controlled by the members who use the products or services (aka shareholders)—to an Illinois nonprofit corporation. The decision followed four years of discussion on the matter.

According to director Jeff Deutsch, the Co-Op’s articles of incorporation say that the Seminary Co-Op was originally founded in 1961 to “make available—primarily to students, members, and administrative officers of the theological seminary and other seminary scholastic institutions at, or near, The University of Chicago—books, publications, and supplies used in the study of theology.” But since its founding, the bookstore has expanded beyond just a theological direction.

“These bookstores’ primary purpose is to stock and sell a wide inventory of books that provide cultural, literary, and intellectual value to their distinctive, engaged worldwide community of readers,” Deutsch said during the shareholder meeting. “They do this by maintaining an eclectic collection of titles rarely handled elsewhere, and by promoting a culture of informed book-buying to engage events and vibrant discussions.”

In pushing their cooperative toward solely selling books—about 99 percent of their stock is comprised of books, a large percentage compared to other bookstores that often stock auxiliary goods like pens or keychains, which tend to be more profitable—the business’s sales have declined. In addition, it is unable to receive the economic backing from its shareholders that is necessary to keep a cooperative structure afloat.

“From 2007 to 2014, the year I started, the bookstore has lost 49 percent of our sales, our annual revenue plunging from $5.3 million to $2.7 million,” Deutsch said. “In addition, while we are losing $300,000 per year and have a retained loss of $1.8 million, we are losing shareholders as well. While all of this was shared with me in advance of my accepting the position, I was undeterred, buoyed by the notion that our co-op would embrace the third principle of the cooperative governance: member economic participation.”

However, most shareholders have seemingly been indifferent to the Co-Op’s dire situation. Over the last two years alone, the Co-Op has lost 53,000 shareholders. Furthermore, despite enacting a clause in the bylaws in 2016 that requires an annual purchase of $10 to maintain shareholder status, the Co-Op is still struggling.

Deutsch attributed these problems to the emphasis on shareholder status in a book economy fundamentally different from that in which the Co-Op was established.

“The more I reflect on our struggling industry and speak with other booksellers, small businesses, cultural institutions, cooperatives, collectives, and co-op experts, the more convinced I become that our structure does not support our mission,” Deutsch said. “The fact is, we are not operating as a functional cooperative. By doggedly promoting cooperative governance, we have been trying to force a level of engagement that not only misrepresents the challenges facing our industry, but also misrepresents our relationship to our shareholders.”

When it becomes an Illinois nonprofit corporation, a few changes will occur. There will no longer be shareholders, and all current shareholders will no longer be eligible to receive dividends. However, this will have little effect, as the Co-Op has not distributed dividends for about 25 years due to their current retained losses. In addition, shareholders will no longer be able to vote to elect board members or to vote to change the bylaws. Instead, community members will be able to nominate candidates for the Seminary Co-Op board, and those nominations will then be considered and elected by the board.

Although all shareholders were unanimous in voting, there were a few that held reservations toward the idea of eliminating all shareholders. The main concern advocated for a membership program in which those involved could withhold voting rights for the Seminary Co-Op board.

“What I don’t like about the proposal is the idea that the nonprofit corporation will operate with a self-perpetuating board,” a shareholder of 37 years, who did not give his name, said. “Every nonprofit corporation that I’ve been associated with has a membership, and the membership elects the board. It’s fine to say, ‘We’re going to have community nominations,’ and I believe it. I’m not denying it. I just think that the idea and principle is objectionable and I think that the proposal should have some sort of membership so that at least, in principle, there is some oversight to the board.”

Although this motion was seconded, it was shut down after a four to 43 vote.

“In practical terms, little will change,” Deutsch said. “Our engaged, book-buying community will continue to receive perks, will be invited to participate in annual meetings when bookstore performance is reported, and will receive regular communications and updates from the bookstore leadership.”

In addition, this new nonprofit status is unrelated to the tax exempt, nonprofit 501(c)(3) form that is associated with public charities. Rather, according to Deutsch, the Co-Op will function as a cultural institution that still pays taxes but gives back to the community through “unparalleled browsing experiences, showcasing exceptional writers and thinkers, and building a community based upon the power of books to help us discover, understand, and connect with others and ourselves.”

Deutsch emphasized the role of the Co-Op as a center of culture and community over its status as a retailer.

“The process for identifying a structure that best suits the needs of the bookstores, working closely with various constituencies that compose our special community, has been deeply inspiring to me,” Deutsch noted. “I’m grateful that the conclusion is one that clearly states our primary goal as cultural, not economic. These bookstores are cultural institutions disguised as retailers; it’s time to remove the disguise.”