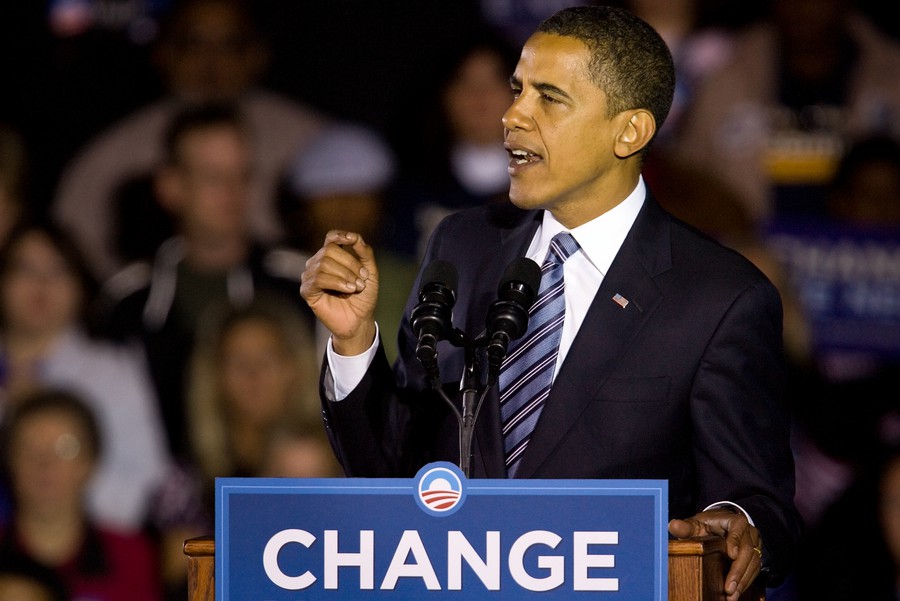 Barack Obama speaks at a campaign rally in Indiana on October 31, 2008.

University of Chicago professors Adam Green and Jacqueline Stewart are helping curate the Obama Presidency Oral History Project, the official oral history of the Obama presidency. The project is led by Columbia University’s Center for Oral History, the oldest and largest oral history archive in the nation. According to Green, who shared a status update with The Maroon by e-mail in late August, the project is in its early stages; Green and Stewart are dividing tasks, identifying individuals to interview, and clarifying criteria for determining further subjects.

Green is an associate professor of American history and Stewart is a professor of cinema and media studies. Per Green, the professors’ work will explore the legacies of President Barack Obama and First Lady Michelle Obama through varied perspectives held by those who knew them when they lived in Chicago.

“Through the coming year, we will identify interview subjects, all drawn from various local arenas including electoral politics, community organizing, philanthropic leadership, thought leadership (including university colleagues and partners), non-profit organizations, and family members and personal confidants,” Green said. (Stewart, who was announced earlier this month to be stepping up as a new host for Turner Classic Movies programming, was unavailable for comment.)

He added that he and Stewart hope to start conducting interviews in spring 2020, and wrap up their work in late 2021 or early 2022.

The University of Chicago is not the only school collaborating on this project with Columbia; the University of Hawaii is involved in researching Barack Obama’s early life, which was mostly spent on the island of Honolulu, Hawaii.

“The UChicago component of the project will focus on the Chicago years of life and work for both the President and First Lady,” which runs from the 1980s to 2008 for Barack Obama and “pre-adulthood” to 2008 for Michelle Obama, Green said. However, with the Obamas’ professional roots in Chicago, the history may include events further into the 2000s: “Given that the key events and individuals in Chicago had a significant impact on the Obama presidency after 2008, there may be some cases where the 30-plus interviews touch on events and circumstances that postdate 2008.”

The Obamas, who maintain a second home in Kenwood, were deeply embedded in University life during their time in Chicago. Barack Obama taught at the University of Chicago Law School from 1991 to 2004. Michelle Obama, who was raised in South Shore, was the University’s associate dean of student services. She later joined the University of Chicago Hospitals, eventually becoming vice president for community and external affairs—a position she held until 2008.

Green hopes to use this project, and Barack Obama’s legacy as told through interviews, as a message to the public.

“This [project] enables telling the story of a leader’s rise to power as a society realizing its potential through a political process, rather than just [the story of] one exceptional individual fulfilling a singular destiny,” Green said. “This is especially important at this moment, in order to reemphasize norms of democratic responsibility.”