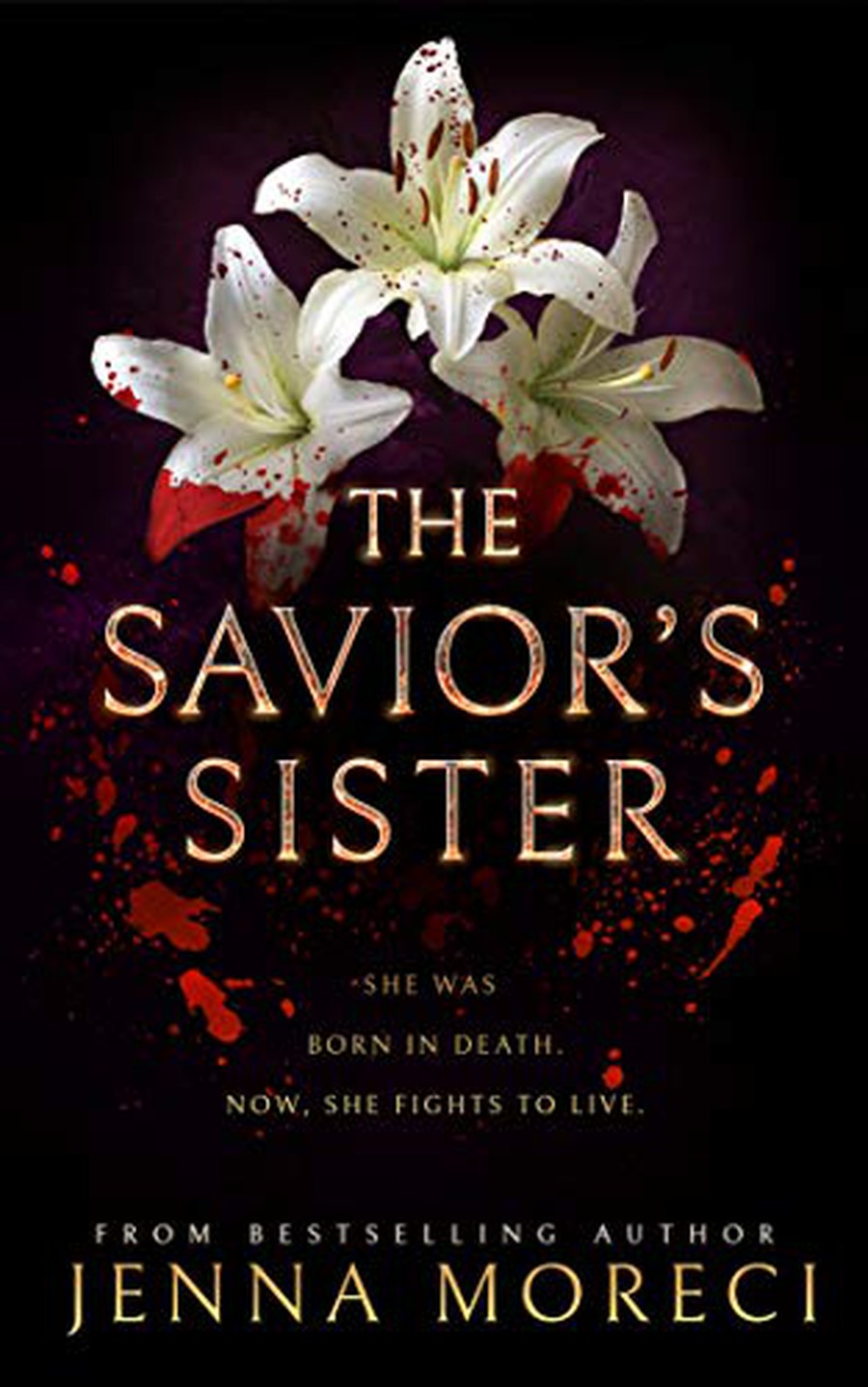 Give me an average plot but raw, authentic characters, and I will enjoy the story and grant the subsequent books in the series a chance. I wish I hadn’t done so for "TSS."

The Savior’s Sister (TSS), the companion novel to indie author Jenna Moreci’s debut adult fantasy romance The Savior’s Champion, retells the story of an assassination conspiracy concealed behind a gruesome gladiator tournament, but from the perspective of its female protagonist. In the land of Thessen, a Savior Queen has the power to eliminate disease and bring fertility to the land. When the Savior comes of age at twenty years old, twenty men compete for Her hand in marriage. For Leila Tūs Salvatíraas, the current Savior, this is no moment of jubilation: Her father, the second-in-command Sovereign of Thessen and the man in charge of the bloody Tournament, has conspired with his Senators to assassinate Her and take Her throne as his own. As the tournament drags on, Leila and her adopted sisters frantically attempt to unravel the murderous plan before She is killed by her own government. To do so, Leila disguises herself as a healer to spy on the male competitors in search of Her potential assassin, and unintentionally falls in love with the cynical, good-natured artist Tobias.

I picked up The Savior’s Champion two years ago out of intrigue: the premise of the series promises a mash-up between The Bachelorette, Battle Royale, and The Twelve Labours of Heracles. While I was generally disappointed with the lack of world-building, the tedium of the uncreative Tournament games, and the plot twist I saw coming from light-years away, I ended up devouring the book because of how extensively Moreci fleshed out unique personalities for each character and weaved in a slow-burn, healthy romance. I’m a character-driven reader: give me an average plot but raw, authentic characters, and I will enjoy the story and grant the subsequent books in the series a chance. I wish I hadn’t done so for TSS.

Before I delve into my personal issues with TSS, I will list its strengths. Like I did with The Savior’s Champion, I ripped through this novel. It was fast-paced enough to finish in two sittings between political science readings. Moreci avoids the repetitiveness of the first book by giving us insight into the behind-the-scenes conspiracy extending beyond the Tournament and its competitors, a deep-state-esque mystery with figurehead politics far more fascinating than 20 oiled-up men objectifying women in between dismembering each other. Moreci also tells a compelling narrative underneath the surface-level plot: it is laboriously hard to be a woman struggling for power in a male-dominated world, especially when she teems with intellect and talent.

The women of TSS are crafted with believable, humanizing ambitions and weaknesses. While I wish that neurodivergent Pippa had a greater role in the story, given her close relationship with Leila in The Savior’s Champion, I admire Moreci’s expert dialogue between The Savior and every member of Her court. Moreci’s trump card is her expertly created banter: her characters speak like real people, down to the most banal small talk. There is no pretentious flair, no dry conversation. In a fantastical world of magic, the rich dialogue encapsulates what it means to be human: awkward, witty, charming, exasperated, overjoyed.

Leila’s speech and actions demonstrate a charismatically pessimistic attitude toward, well, everything, befitting Her figurehead status and inability to trust even Her closest friends. Despite Her queenly status and magical Savior powers, Leila is susceptible to both emotional and physical breakdowns. As She confronts Her father, Senator Erebus, and Her lover Tobias, Her anxiety constantly overpowers Her logic. The other standout was Leila’s interactions with her confidante Delphi, a queer woman whose no-nonsense attitude provides comfort for Leila in a time of crisis. Leila rarely shows weakness in front of the Senate or the competitors in the Tournament, so it was refreshing to watch Her Holiness unravel in between scenes of coldhearted scheming.

While I gush over the dialogue and character development, these elements also became a drawback. Moreci is not entirely at fault for failing to improve upon her previous work: as a companion novel retelling the same story, just from a different perspective, TSS draws much of its dialogue from its predecessor. But even in new scenes, the profanity is overwhelming. I would not be surprised to learn that “cock,” “tits,” or “fuck” appear over fifty times each throughout the book. I love reading swear words, but the excessiveness overshadows the shock factor and works against the authenticity of the adult characters, making them sound like angsty teenagers cursing giddily outside of parental supervision.

Moreover, like in The Savior’s Champion, the realm of Thessen could use better world-building. I’m not entirely what historical time and place inspired Thessen, but my guess from the characters’ names is ancient Greece. While we learn a little about Thessen’s culture from Tobias’ perspective in the first novel, I was hoping that reading a novel from Leila’s perspective would dramatically alter our knowledge. As an isolated queen barred from leaving Her palace, all She knows is the walls of the prison/palace and its corrupt politicians—a contrast to the fertile land that Tobias knows. I would have loved for Moreci to delve into Leila’s extremely specific worldview in order to learn more about what happens in the minds of Thessen’s most secretive rulers. With nothing to do except explore Her palace, Leila could have shown the reader the architecture of the palace pillars, the art style of the paintings that hang in Her room, and, most crucially, how Her magical powers work. Left in the dark about these details, I had to base my assumptions on my limited knowledge of ancient Greece. Situating Leila in a treacherous, uncertain world automatically leads readers to desire a little bit of certainty about the limited details they can know, but Moreci provides little to none of that information.

My most significant criticism of TSS is specifically tethered to the plotline running through both The Savior’s Champion and TSS: Leila’s powers are too inconsistent, and often function like “plot armor,” shielding Her from near-certain death. She dodges too many attacks on Her life. She escapes certain situations by simply teleporting away, then is unable to flee the next assassination attempt. She can sense lies and fears by scrutinizing someone’s colored aura, but fails to detect malice from a secret double agent. She risks pretending to be a servant in the palace, and somehow Her father never figures out until the end, although his spies and Senators swarm the Tournament grounds. In sum, Leila stumbles through her journey with the power of sheer chaotic luck. I understand Moreci’s intent to show that not a single moment is peaceful for Leila, but realizing Leila will use Her powers to escape every situation dulls this tension halfway through.

TSS is a fun read if you don’t take its premises too seriously, or if you’re just here for a slow-burn romance. If you’re an aspiring author who wants to learn about writing dialogue or unique personalities, Moreci is an excellent source to cite. However, this companion novel struggles to improve upon the ambiguous world-building in The Savior’s Champion, which hurt the character development, and thus my reading experience overall. I would rate this book a 6/10.