"The Boys" Are Back in Town 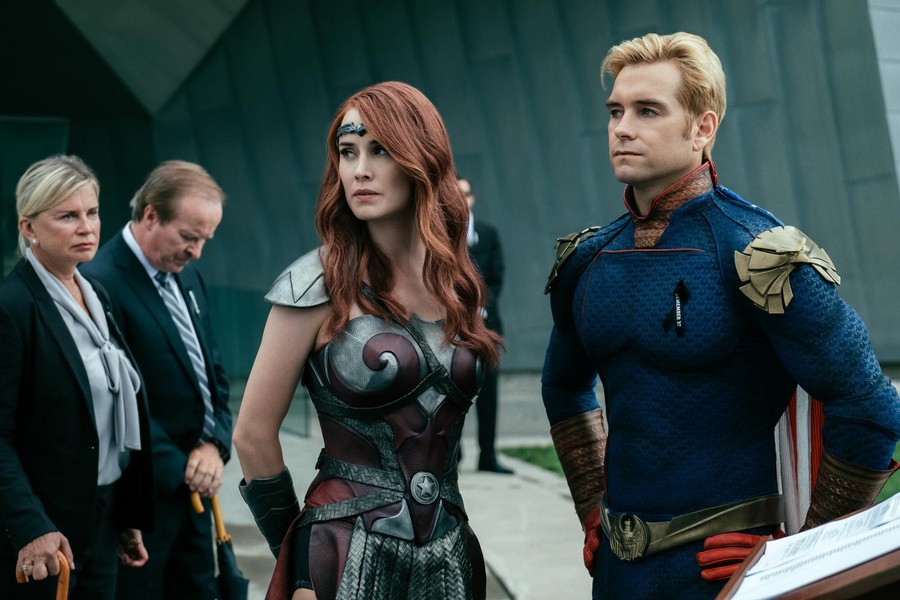 "The Boys" is a violent, comedic, and weirdly fun time that everyone can find some kind of enjoyment in.

The following review contains spoilers for The Boys.

The Boys is an American superhero show developed by Eric Kripke (Supernatural) for Amazon Prime Video. The show is based on the comic book series of the same name by Garth Ennis (Preacher) and Darick Robertson (Transmetropolitan). The Boys is set in an alternate universe in which superheroes, also called “Supes,” are not only real, but are also marketed by the Vought Corporation as celebrities with god-like abilities. Supes are viewed publicly as heroic figures, but in reality, they are arrogant, corrupt, and overall, just terrible people. A vengeful and violent Billy Butcher (Karl Urban) leads a team of vigilantes called The Boys to not only fight back against Supes who abuse their powers, but also to get revenge against a specific Supe named Homelander (Anthony Starr) who had wronged Butcher in the past.

To say that The Boys is a violent show would be an understatement. The Boys revels in gratuitous, unbridled violence. While shows or movies that contain excessive violence for the sake of being dark or edgy, including Super, Sin City, or even Joker, The Boys makes use of the violence to play off of the dark comedy behind death. With the exception of a few instances, the show’s violence is played off as dark sadism, reinforcing The Boys’ satirical parody of both superhero movies and the cultural zeitgeist surrounding them. This produces a bizarre but oddly fitting combination of exaggerated violence and dark comedy to highlight the dystopian nature of the world of superheroes. However, over-the-top violence would lose its meaning without strong development of underdeveloped. Fortunately, showrunner Eric Kripke has produced likeable and wicked characters alike. The audience cannot help but watch these characters, of morbid curiosity. On top of that, what makes both kinds of characters so uniquely interesting is their seeming amorality. The show expertly hides and gradually reveals the characters’ complex backstories to give depth to their questionable aspirations.

When Billy Butcher is first introduced, he appears to be nothing more than a grunt who enjoys beating up Supes. As the show progresses, the audience learns that Butcher harbors hatred for Supes because his wife Becca (Shantel VanSanten) was murdered by Homelander. This causes him to go on a warpath against not just Homelander, but against all Supes. However, his philosophy and violent mission are put to the test in the second season, when Butcher discovers the truth about what happened to her. Homelander is another morbidly well-written character that audiences cannot help but be fascinated with. Initially coming across as a perverted depiction of Superman, Homelander is loved by everyone for being a symbol of American exceptionalism—even wearing the American flag as a cape. As the show progresses, his revealed backstory uncovers many complex layers to his psyche, including conflicting relationships with people considered parental figures to him. His racism and erratic behavior critically examine what American exceptionalism truly is. While there are certainly other well-developed characters in the show, the detail given to Butcher and Homelander, and their depictions by Urban and Starr respectively, stands out.

Overall, this show is violent, comedic, and entertaining enough for anybody to find some form of enjoyment in. Personally, The Boys stands as not only one of the best superhero TV shows of all time, among HBO’s Watchmen and Netflix’s Daredevil, but one of the most engaging and relevant contemporary TV series available.