"Freaky" is a Story of Squandered Potential 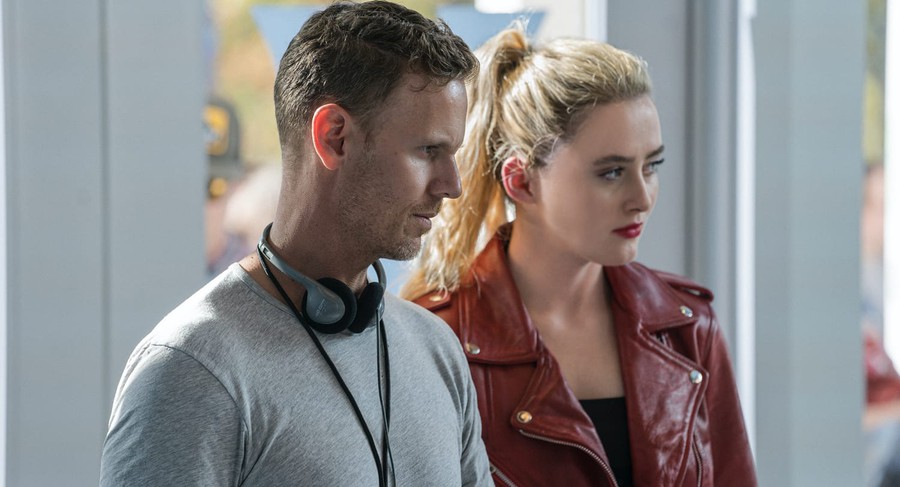 Over the course of "Freaky," Millie (Kathryn Newton) learns what it means to feel powerful and independent, and her transformation is the highlight of the film.

Ever wonder what a horrific twist on the classic body-switching comedy trope would look like? Welcome to Freaky.

Famed comedy actor Vince Vaughn and upcoming actress Kathryn Newton both star as the Blissfield Butcher, a predatory and sadistic serial killer, and Millie, an everyday high school girl who becomes the Butcher’s next victim after he resumes a decades-long hunt. Millie is stabbed by the Butcher with a mystical Aztec dagger but survives only to awaken in her assailant’s body. Chaos ensues as Millie attempts to get her body back before time runs out and to stop the Butcher from killing (too many) people along the way.

The interplay between the Butcher and Millie is central to the film. Millie, played at different times by both Vaughn and Newton, undergoes a compelling arc. After inhabiting the hypermasculine body of the Butcher, she changes from living for others and fearing risks to adventurously pursuing her own desires. Over the course of Freaky, Millie learns what it means to feel powerful and independent, and her transformation is the highlight of the film.

Add a constellation of charismatic side characters to this strong protagonist, and you have a recipe for some heart-warming relationships. In particular, the loyalty of Millie’s best friends Nyla (Celeste O’Connor) and Josh (Misha Osherovich), even as she is inside the body of Butcher, exemplifies the bond of true friendships. Similarly, her mother (Katie Finneran), though present in only a handful of scenes, finally recovers from a family tragedy and learns to give Millie a measure of freedom after a humorous and emotional conversation.

Powering these strong character relationships are even stronger performances by their actors. Vaughn plays a truly imposing serial killer and a charming Millie. Newton, too, plays a forceful, if one-note, villain, and sells an earnest, convincingly authentic heroine. The supporting cast keeps up with the centerpiece performances. In particular, Misha Osherovich is an extremely effective bearer of comic relief as the uproariously funny Josh.

The flip side of these great performances is the poor material they have at their disposal. Simply put, the writing is consistently flat throughout the film, with Millie’s arc perhaps the only exception. It is a wonder the performers could bring it home with the script they were working with. Nyla, the excessively “woke” character, and Josh, the gay best friend, are walking stereotypes. Little makes their characters compelling beyond their humor and support for Millie.

Even worse, the Butcher lacks any subtlety or depth. He is simply a predator. While Vaughn is genuinely terrifying as this calculating killer (and to a lesser extent Newton as well), their skill is not enough to overcome the strain this caricature puts on the movie. There are moments where the character’s complexity peeks through the surface, such as the way he dresses Millie’s body or what he says to Millie during their climactic confrontation. These interesting scenes hint at the potential for exploring his psyche or conceptions of gender, but all the Butcher ultimately does is kill. With all the emotional mileage the film gets from the protagonist and her relationships, it is disappointing that the villain does not live up to her standard.

This widespread character weakness, most strongly seen in the Blissfield Butcher, points to Freaky’s greatest flaw: its squandered potential. On its face, the body-switching premise is promising, but that premise is not effectively pushed to its limits, narratively or thematically. The movie instead commits to two genres—comedy and horror—both of which it manages to balance. The horror watcher gets enough creative kills to be satisfied, and the comedy lover finds plenty of laughs. But the quality of each half comes at the expense of the greater whole. The humor, though effective, is cheap and crass and at the root of everything wrong. The supporting characters are forced into high-school stereotypes for humor’s sake. Its light tone leaves no room to explore the Butcher’s darkness. The legitimately meaningful themes of female empowerment are hampered by an incessant need to play Millie’s experience inside the serial killer for laughs.

Is Freaky unfunny? No, but that attempted humor comes at the cost of what could make it a memorable film. There are plenty of laughs to be had here, and decent characters to boot. But I did not walk away with anything compelling enough to be special. While it’s packed with good performances, there are better ways to spend your Friday night. I give Freaky a 6/10.

The Maroon sits down with Kathryn Newton and Vince Vaughn to discuss their new film, "Freaky."