Staff members across the University say a cloud of uncertainty hangs over spring quarter.

By Laura Gersony   and Lee Harris 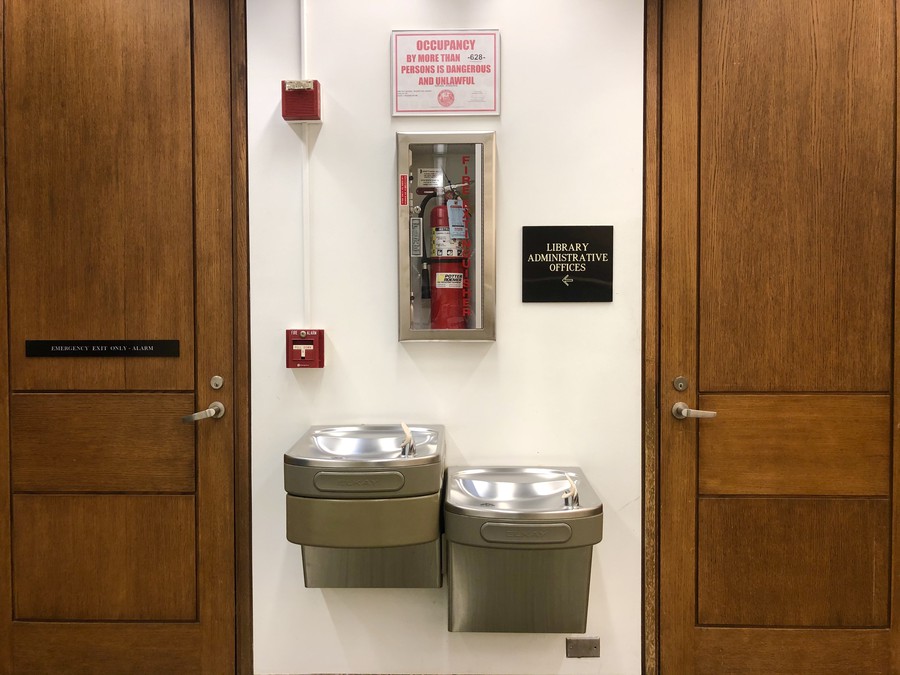 The University’s recently announced measures to limit the spread of the novel coronavirus (COVID-19) have left students, faculty and staff scrambling to plan for the coming months. To some, the changes mean more than just adapting to online coursework: Over 8,000 non-faculty staff members are wrestling with the effects of the transition to remote learning and the closure of most campus dorms.

“A lot of us are angry. And we’re not sure what they’re gonna do with us,” a residence hall desk clerk told The Maroon. “They haven’t told us anything.”

Staff members told The Maroon that their managers were unable to provide information on questions like whether the University plans to lay off workers in seasonal roles, whose jobs typically last until students leave in the summer. Several said they had resorted to asking students for the latest news.

“I’ve been getting updates from students,” a worker with UChicago Dining said. “I just ask them—I’m like, do you guys know what’s going on?”

Front desk clerks with Housing and Residence Life are particularly concerned about what to expect in spring quarter, following the announcement that only Max Palevsky dorm will remain in operation. (The Maroon agreed not to name workers who spoke about their concerns regarding employment). Several clerks told The Maroon that the University’s scant guidance reflects a broader lack of appreciation for their positions.

“They‘re not really concerned about us—about our safety, or our livelihoods, even though we sacrifice so much,” one desk clerk said. “We’re the ones in the trenches. But we don’t get rewarded for it. We’re always at the bottom of the totem pole.”

In an email sent Friday to the University community, President Robert Zimmer and Provost Ka Yee Lee said they “have directed units to develop and implement continuity plans tailored to their academic and administrative priorities, including addressing potential changes in staffing levels.” They offered no specifics on units where staffing may be cut back or adjusted.

The president and provost advised staff to work remotely wherever possible, and acknowledged that many jobs on campus cannot be performed from home. Workers who must stay on campus should limit close contact in the workplace, they wrote.

UChicago is one of dozens of schools facing questions over whether it will lay off staff for the remainder of the academic year, amid low demand for in-person services.

Washington University in St. Louis, which told students last week not to return to campus, employs around 300 dining staff members through Bon Appétit Management Company—the same contractor that operates dining halls at UChicago. A top administrator at Washington University told The Chronicle of Higher Education that the school will continue to pay food service workers through the end of the fiscal year, even though reduced operations mean that the majority of dining service staff will not be needed to keep dining halls running.

When asked whether UChicago will continue to pay its Bon Appétit food service employees through the spring quarter pay period, spokespeople for the University did not respond to multiple requests for comment.

On Tuesday, the University of Chicago Labor Council, a coalition of campus unions and worker groups, circulated a letter addressed to top administrators listing a number of demands regarding employees’ working conditions and continued employment.

Asked about the Labor Council letter on Tuesday morning, the University did not comment on whether there will be a reduction in workforce or loss of compensation for workers.

“The University is looking at many aspects of these questions and will be communicating next steps in the near future,” a spokesperson wrote.

Currently, leave policies vary across the University, depending on factors like an employee’s role, seniority, and whether they are employed through an independent contractor. The public guidance issued by the University instructs staff members to consult with their managers, and says some staff who prefer not to work during the outbreak “may, after consultation with their manager, charge the time to sick leave or vacation.”

But the same document stresses that benefits and leave provisions spelled out in union contracts apply unchanged.

Since February, Teamsters Local 743 union has been engaged in contract negotiations on behalf of the more than 1,000 UChicago employees represented by the union, including clerical workers, maintenance workers, and hospital staff. Though the union contract expired last month, it has been extended to cover workers through negotiations—which are now stalled, union leader Robert May said, as the University concentrates its efforts on responding to the pandemic.

For now, employees represented by Local 743 are subject to the sick leave provisions outlined in the expired contract.

Under that contract, workers who were hired within the last three months are not entitled to paid sick leave. Employees accrue 20 hours of sick leave per month—adding up to 10 days of sick leave per year—which they have permission to use after their third month of employment.

May, the director of healthcare for Teamsters Local 743, said that while the union is urging the University to adopt more flexible sick leave policies, there had been no change to paid leave provisions as of Tuesday morning.

In the letter circulated by the Labor Council, union representatives argued that 15 paid sick days and 15 vacation days should be extended to all University employees for the duration of the crisis.

“No University or Medical Center employee shall be required to use their existing paid sick leave or vacation time in order to enact the institution’s response to SARS-CoV-2,” the letter reads. “Moreover, many of the workers currently employed by the University or Medical Center do not have access to contractually-mandated paid sick leave or vacation.”

In response to union demands, administrators have argued that the University cannot single-handedly relax leave policies previously decided upon at the bargaining table.

“The University cannot unilaterally make changes to existing union contracts. We have been in contact with all of the unions representing employees on campus to begin extending the University’s flexible work policy to union employees who are eligible to work from home,” University spokesperson Gerald McSwiggan wrote in an email to The Maroon.

The University did not say whether emergency leave will be granted to employees whose duties cannot be performed from home--like maintenance workers, dining hall employees, and staffers in campus housing.

JP Kaderbek, the union steward at the Regenstein Library and a member of Local 743, said he sees the University’s resort to select portions of union contracts as a cynical ploy to avoid offering more paid leave. The existing contracts actually afford management ample discretion, he said, to implement emergency protocol and ensure a safe work environment.

“Instead of doing what they want, which is what the University normally would do, they are claiming now that a minor change in work processes needs to be negotiated, which could take weeks,” he said.

Kaderbek said he is aware of multiple union members who currently do not have any sick leave saved up to draw upon. If they fall ill, he said, “they will be told, ‘Use your vacation time.’ And then if they’re out of vacation time as well, they’ll be told, ‘Use FMLA,’ which is unpaid, ‘or go onto disability.’ I don’t think those are great fallbacks.”

For Kaderbek, the only acceptable measure would be to adopt something like the provisions outlined in the bill that passed in the U.S. House of Representatives over the weekend. That emergency spending package would provide supplementary sick leave to some workers, to reduce the risk that they come into work while sick and endanger their colleagues.

With short-term negotiations ongoing, union members have been left to speculate about the future of their employment.

One employee whose usual work involves setting up chairs for meetings in buildings like Reynolds Club and Ida Noyes Hall told The Maroon that his unit has been reassigned to extensive cleaning, since most in-person events have been cancelled. If cleaning jobs run out, he said, he worries that instead of offering paid leave, managers will pressure him to deduct leave from the vacation days which he has worked for months to accrue.

“They might ask us, ‘Maybe you want to volunteer to take your days,’” he said. “Instead of using them for whenever we want to use them, we might be forced to take it.”

The event services worker added that he has been frustrated by letters from the administration urging staff to perform their work remotely. “Our fear is, okay, if our staff, the bosses, are going to be working from home, then what about us? Because we work on the floor. We don’t have no computers.”

As the primary caregiver for his 72-year-old mother, he said he is nervous that his work will increase his risk of bringing the virus home.

One recently hired janitorial worker told The Maroon on Saturday that maintenance workers in the libraries were promised their hours would not be cut back: “After the University closes, we were told today, we will have a lot of work—we’ll clean the entire building, seat by seat.”

But the assurance of employment brings its own anxieties for maintenance staff, who worry their work may increase their chance of contracting the virus.

“We worry that we’ll be at risk because we have such close contact with everything we’re cleaning,” the janitor said. Staff are taking precautions, like regularly changing gloves as they clean, but the work is still nerve-wracking.

At the end of the day, several security officers said, all that many workers can do is hope for the best as they wait on word from their management.

“We can’t be sure about anything,” one said. “We don’t know what’s gonna happen.”