"Love Is Blind" Is Blind 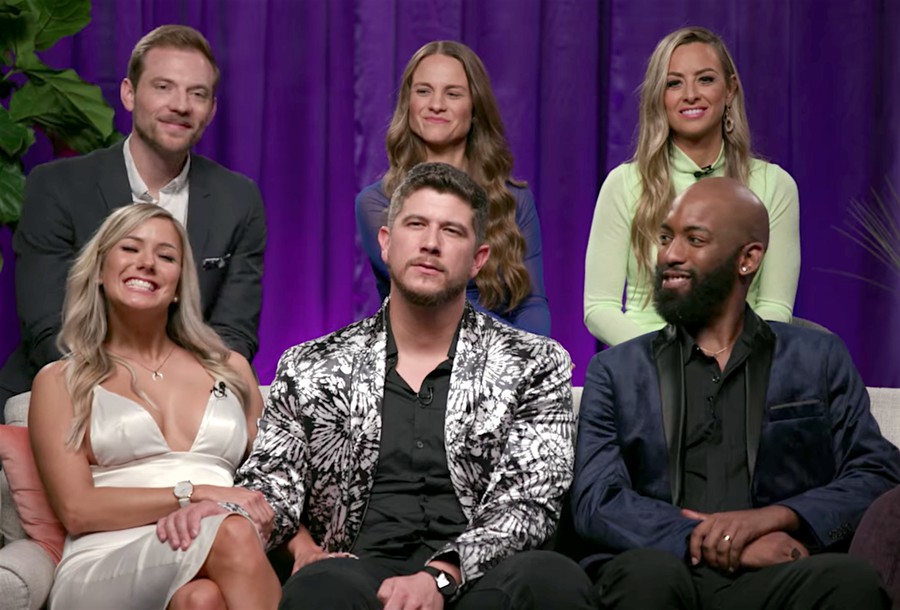 Love is blind if you fit within conventional heterosexual norms of attractiveness.

Under quarantine, Netflix’s Love Is Blind is an easy watch. Fast-paced, digestible, and dramatic, it is founded on an intriguing conceit—can couples create an emotional connection that compels them to propose in a matter of days, without ever seeing their future fiancées?

The first few episodes follow the contestants as they speed-date in separate “pods,” where they converse without seeing each other. By episode three, six couples have succeeded in finding a match, proposing, and moving to their pre-honeymoon vacation in Mexico, where they enjoy boat rides and fancy dinners—all paid for by the show. Is love really blind? The show tests this by seeing whether the couples stay together after their time in the pods and the “honeymoon” period. Contestants must move back to “normal” life, where they grapple with the challenges of the real world and the opinions of their friends and family, before deciding if they go through with marriage in the final episode of the season.

The show positions itself in opposition to online dating, which is deemed shallow and obsessed with physical appearance, race, age, and status. Yet, while the show tries to transcend categorical judgments of people, its roots in conventional notions of love and happiness undermine the very core of what it asks.

It is obvious that Love Is Blind is contingent on social categories, as differences between couples are presented as potential obstacles to their relationships. What will family, friends, the world at large have to say about Lauren and Cameron’s interracial relationship, or Mark and Jess’s 10-year age difference? Will Carlton’s sexuality or Amber’s shaky finances be the downfall of their respective relationships?

What is most interesting is how the show suggests love transcends social categories—through “happy objects” such as heterosexual intimacy and marriage, in the words of gender theorist Sarah Ahmed. In Love Is Blind, the ultimate proof that love is blind is marrying someone not because of beauty, body size, race, or age, but for their personality, despite judgmental looks from people in the “real world.” And yet, for a show purportedly unconcerned with appearance, Love Is Blind presents a cast of conventionally beautiful, able-bodied, and cisgender people: that is, the people deemed most societally acceptable for heterosexual marriage and children. It’s a lot like Beauty and the Beast—it doesn’t matter what they look like, because they’re all hot anyway.

Thus, Love Is Blind appears to be less of a subversion of modern-day dating than it is a return to a prescribed search for love and happiness, a real-life opportunity for the vague “happily ever after” ending we often encounter in Disney films. Fairy-tale references crop up throughout the show—in episode one, one man states, “Every girl grows up waiting for their Prince Charming.” Contestants make continual comments about “feeling like [they] are in a fairy tale” when on their pre-honeymoon in Mexico or trying on wedding dresses. Both men and women gush about weddings as something girls grow up dreaming of. This fixation on conventional gender dynamics, heterosexuality, and marriage connotes success on the show, and like every Disney film, the happiest stories on Love Is Blind end with “I do.”

It could be wrong to conclude all contestants are on Love Is Blind looking for their fairy-tale happy ending. After all, like any reality TV show, the promise of screen -time offers the potential for fame, money, TV, and brand deals. Part of the show’s allure is to watch the episodes play out and figure out why certain couples stay on the show—are they deluding themselves into thinking that they’ve met their true love? Or is it all for show so they can make it to the last episode? This adds to the superficiality of the show’s premises: Even though Love is Blind attempts to distinguish itself by looking beyond appearances, it continues to feed into the need for recognition and acceptance within cultural norms. It’s entertaining, amusing, and absurd, but not unlike many other reality TV shows in presenting conventional notions of love and happiness.