Man Shot Near Corner of 53rd and Lake Park

The man has been transported to the UChicago Medical Center, according to local sources. 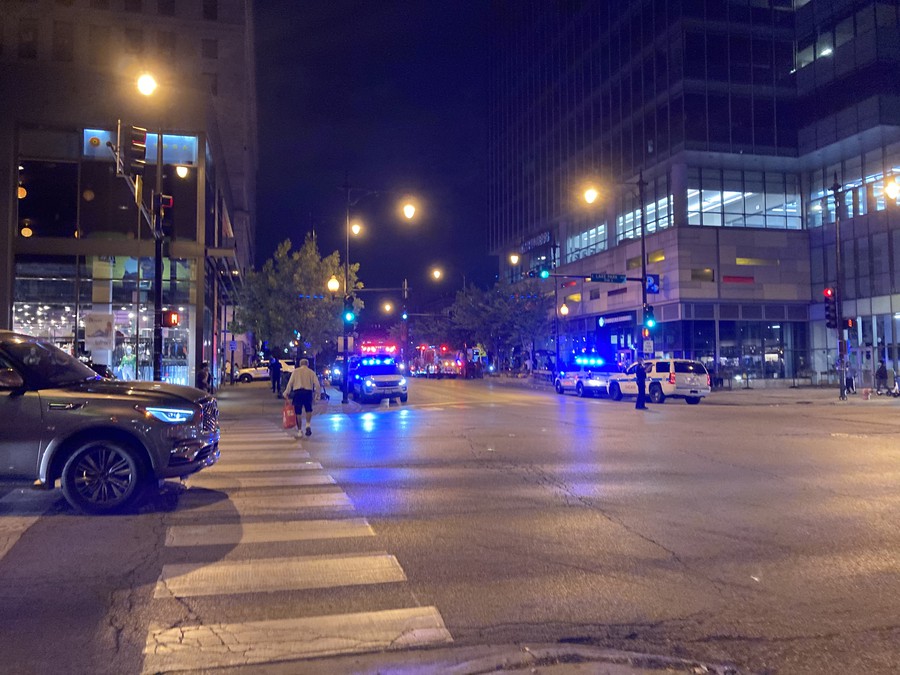 Emergency response to a shooting that occured near the corner of 53rd and S Lake Park Ave on the evening of 9/24/2020.

A man was shot near 5300 South Lake Park Avenue on Thursday evening at around 8:00 p.m.

The altercation was the result of an argument between two acquaintances inside a restaurant, according to a statement by Robert Mason, the public information officer of the University of Chicago Police Department (UCPD).

“The suspect chased the victim outside and fired several shots from a handgun, wounding the victim,” according to Mason. The victim was wounded in the shoulder and leg.

According to Jeremy Manier, a University spokesperson, no one involved with the incident was affiliated with the University of Chicago.

The incident produced a significant police response, with dozens of cars from both the UCPD and Chicago Police (CPD) responding to the scene. CPD arrested a suspect and recovered a weapon shortly afterward, and will investigate the incident moving forward. The Chicago Fire Department’s Emergency Medical Services transported the victim to the University of Chicago Medical Center.