First years still finding their place on campus and forming their friend groups don’t need to feel pressured by what they see on social media. 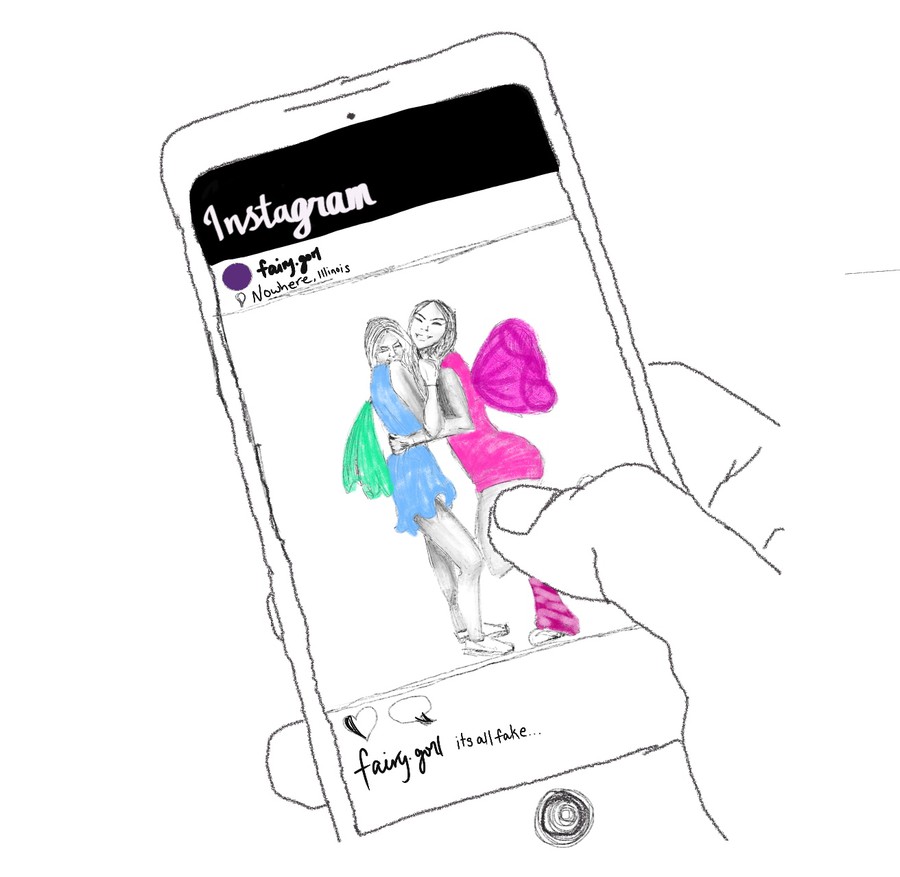 Fairies. Angels and devils. Princesses. Fairies again. Pirates. More fairies. (What is up with the fairy costumes this year?) Besides the overwhelming dread of catching up on schoolwork after a weekend of spooky fun, post-Halloween brings another task to the plate: drudging through a slew of Instagram photo dumps. Scrolling reveals picture after picture of group costumes with sexy butterflies, Disney princesses, or something in between. The costumes are stunning, the angles perfect, the editing masterful. Even I attempted to contribute to the onslaught of posts: I carefully selected the best photos out of the hundreds my friends and I had taken throughout the weekend, ran them through filters, and lowered exposure levels, before posting with an inside joke as my caption. And the first Instagram slide? Just like everyone else: fairies.

Carefully crafting and presenting our best lives on social media is nothing new. Whether they’re “spontaneous” photo dumps or modeled photoshoots, we know that the posed photos on Instagram or Facebook don’t necessarily reflect reality. Nonetheless, it’s hard to remember this as we’re thrust into a new environment and expected to adapt—especially for first years and students new to campus. That is to say: If everyone else is a fairy, you start to think, “maybe I should be a fairy too.” In an already unfamiliar setting, the pressures of social media add to the expectations that we must have as much fun as everyone’s posts lead us to believe. On weekday nights, doing “homework” in my dorm with my roommate and our one other close friend, I scroll through ensembles of downtown dinners and Wicker Park thrifting and think: “where’s my big clique of friends to do fun city activities with (and how are they finding the time between midterms to do so)?” Maybe everyone posing together are all genuine friends—in which case, good for them—or maybe they secretly can’t stand each other. I can never tell, and regardless, it’s futile to engage in the picking apart of various groups on social media or to believe that they set the standard for social situations. It’s crucial that we remember the realities behind Instagram posts and stop trying to play catch up.

The romanticized world of Instagram places pressure on us to immerse ourselves in the community as rapidly as possible, often quicker than we may be comfortable with. Despite only being in week seven of my first quarter of college, I feel the need to have already-cemented support networks built out. Whether through various RSOs or Greek life, I grasp for a sense of community and expect an already-developed network of friends at my disposal. I hear my parents and teachers reminisce about college as the place where lifelong friendship groups are formed, and I desperately reach for that standard.

It’s unrealistic, however, for everyone to have already found the core groups that will last them years beyond college. The process of developing said relations is never as easy as Instagram wants you to think, either. When we’re dropped into a large campus where schedules barely align, and we’re all running off to our next class or study group, maintaining friendships and social lives becomes a separate Google Calendar. The excitement and fun of meeting new people does not translate into actually deepening your connection with them. How are we supposed to find our future bridesmaids if we talk with someone once during O-week and then never see them again?

Although forming meaningful relationships will hardly be completely natural and easy, we don’t need to buy into the publicized, barely formed ones splashed across Instagram. Feeling jealous or experiencing FOMO is inevitable as first-years and newcomers, but letting go of these mindsets can only benefit us in the long run. Latching onto people you don’t enjoy being around, just because you feel you should, prevents you from discovering the real friendships that may take root in the most unexpected of places. We could all benefit from redirecting the focus from the supposedly packed social calendars we see on Instagram to ourselves and our place on campus outside of social media. While the clichéd I-met-my-best-friends-during-O-week story may not come true, perhaps someone you sit next to in your winter quarter Core Bio class might just lead to a new best friend.

There is more behind group photos than the glitz and glamour of Amazon-bought Halloween costumes. Social media leads us to believe that everyone has their flourishing social lives and perfect, fairy-costumed friend groups in the first quarter of a new school year. It’s okay if we don’t—and it’s okay to stop pretending we do.

Irene Qi is a first year in the College.