A step off campus is a step towards a deeper understanding of our community and your place in it. 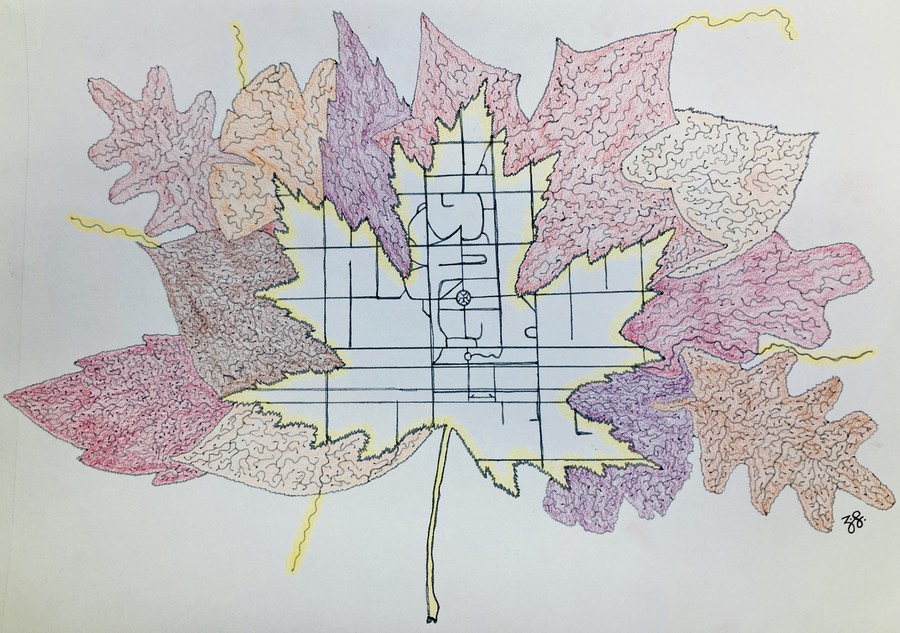 A few mornings ago, I biked to Promontory Point in hopes of catching the sunrise. Although I missed the exact moment the sun breached the surface of Lake Michigan, I arrived when the world was illuminated orange, aflame in the morning light. As I continued my journey north to downtown Chicago, I was struck by how the light fell upon my path. The sunlight hit the deep orange and red hues of the turning leaves, creating a golden corridor out of Hyde Park. UChicago can at times have an claustrophobic atmosphere: As campus becomes my entire life, one small inconvenience can make me feel as though my whole world will collapse. This is simply not the case. The city of Chicago is expansive, holding an abundant supply of sights, experiences, and people. Now that COVID-19 restrictions are (somewhat) lifted, it’s crucial to treat our city as if you were a first-year (especially if you actually are)—to find novelty in the old, to say yes to exploration, and to harbor a curiosity for all things not UChicago.

There are a plethora of new sights and experiences that lie just outside Hyde Park. This past Sunday, I biked to Lincoln Park with just a bottle of water and a camera. I had no expectation that a simple ride through a neighborhood could sever my thoughts from the anxieties provoked by school. Yet as I passed the yellow ash tree–lined streets, I quickly became attuned to my environment and forgot about the pressures of school. The sky was a brilliant shade of blue, mirrored beautifully by the crimson-framed windows of the residences around me. Focusing on the present moment and on small things like whether my camera was set to the right exposure drew me away from my stresses. I cared not about my upcoming midterms but about how the shadows were cast across the street. Stress about my paper due the next week fluttered away with the red leaves in the sun-soaked streets. Honestly, I probably looked funny, stumbling around, my gaze insatiably hungry for the sights around me. Yet in that moment, I didn’t care. Unlike on campus, where I can’t walk across the quad without recognizing at least one person, everyone was a stranger. The world felt so much bigger and less suffocating.

Leaving Hyde Park can help you make a friend out of an acquaintance—or even a stranger—and allow you to bond in ways you wouldn’t otherwise. I attended a Chicago Symphony Orchestra concert with a girl by whom I’d been intimidated for most of college. I had always looked up to her and we had always been friendly, but I never spent much time with her outside of track practice. We discovered in each other a mutual desire to explore Chicago and its cultural gems, so when I asked her to accompany me, she was quick to say yes. As I listened to the conversations between the high treble of the violins and the deep bass of the cello, I thought of the harmony between myself and someone I now consider a close friend. Had I not gone to the symphony with her, I would most likely have spent my Saturday night surrounded by people with whom I had already developed deep connections, wallowing in my room, or even studying in the Reg alone instead of developing new jokes, memories, and stories. On campus, I took her acquaintanceship for granted; being surrounded by and occupied with other people prevented me from dedicating the time I should have to developing our relationship further. Outside of this environment and without the constant reminders of what else I had to do, I was solely in tune with our conversation.

Additionally, leaving campus puts you in a position to see unfamiliar faces and hear stories that differ immensely from your own. This past week, I biked along the lakefront with J., the owner of the bike shop Tamago. Although the topics we discussed were somewhat random—the purpose of aquariums, the effects of poverty on the developing brains of children, the rationale behind why cycling is a male-dominated sport—they reminded me of how important it is to break the perpetual fixation on classes into which many students (including me) fall. Small, seemingly irrelevant conversations help me to take a step back from the constant noise of comparison. Breaking these cyclical thought patterns has allowed me to focus on my own studies, not on whether I was doing enough compared to my peers.

Finally, leaving campus has an immense subconscious effect on your brain. Experiencing new things can improve memory retention, promote learning, and increase motivation—all of which are helpful for upcoming midterms. Seeing and hearing new things can even form new neural pathways, which increases creativity. Taking a step off campus is a step in the right direction.

The pressures of the quarter can act as a lasso, making it feel as though it is impossible to leave campus. These past two years, I’ve left campus only a few times. But this year, I’ve journeyed down the golden corridor and transformed my relationship with our surrounding city for the better.

Maya Ordonez is a third-year in the College.