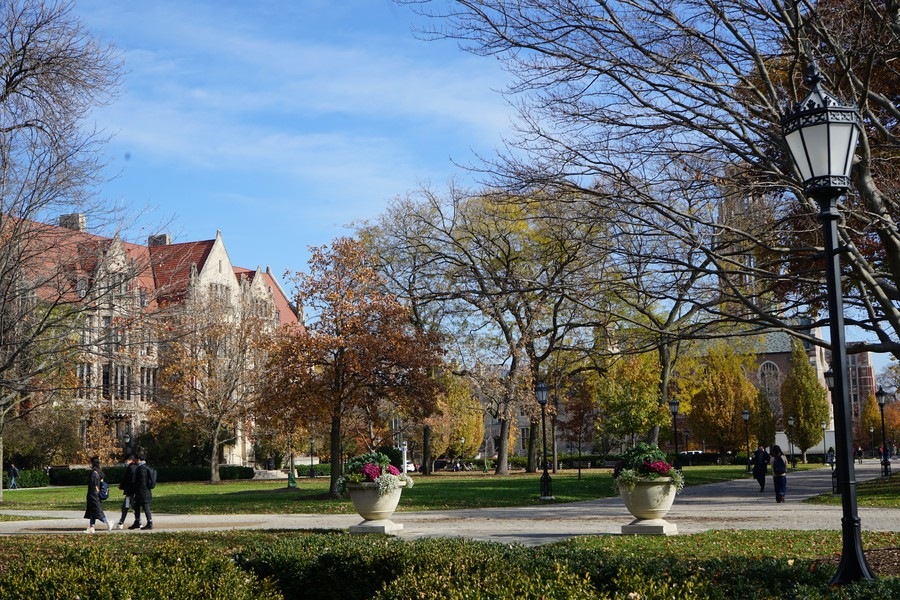 Students and employees who are eligible for COVID-19 booster shots must submit proof of receiving a booster by January 31, 2022, according to an email that Provost Ka Yee Lee and Executive Vice President of the University Katie Callow-Wright sent to the University community on Monday.

The University recommends eligible individuals receive their booster shots before returning to campus for the winter quarter, which is scheduled to start on January 3, 2022. Despite other universities announcing temporary remote instruction, UChicago has made no change in plans for fully in-person instruction and research.

The announcement came amid the increasing spread of the COVID-19 Omicron variant across Chicago and the United States. According to the latest Centers for Disease Control and Prevention figures, Omicron accounted for over 70 percent of new cases in the country last week. In Chicago, the citywide daily average cases are 1,149, a 21% surge from last week.

Citing the Omicron variant, some colleges and universities across the country have announced changes to in-person instructions. Depaul University and Northwestern University, both quarter-system schools in the Chicago area, announced plans for a temporary return to remote instruction during the winter quarter. Both institutions said that the first two weeks of classes, which will start on January 3, will be conducted virtually, and in-person activities will resume after Martin Luther King Jr. Day holiday weekend.

Stanford University announced a similar plan last Thursday. Harvard University, whose spring semester classes will not start until January 24, announced on Saturday that the first three weeks of operations prior to classes starting will be conducted virtually.

In a statement sent to The Maroon, University spokesperson Gerald McSwiggan wrote that the University is “closely following updates about the new Omicron variant of coronavirus, and [will] continue to regularly consult with experts at the University of Chicago Medicine on any steps that may be warranted by this or other pandemic developments.”

Individuals who are 16 and older are eligible for a booster shot six months after completing the Pfizer-BioNTech or Moderna vaccine series, or two months after receiving Johnson & Johnson’s Janssen vaccine. Those who have not received a booster shot need to apply for an approved exemption from the University by January 31.

Appointments for COVID-19 tests and vaccine booster shots can be made by contacting UChicago Medicine through MyChart or by phone. In addition to University-affiliated clinics, booster shots are widely available at local pharmacies and clinics, including pharmacies of Walgreens, Jewel-Osco, and CVS.

In addition to the booster mandate, Lee and Callow-Wright suggested further precautionary measures for the winter quarter. “Non-mission critical gatherings on campus” will be suspended and students are discouraged from attending off-campus public gatherings where the risk of exposure is unknown.

All individuals are required to wear face coverings while inside university buildings. Students who reside in University housing can expect a mandatory weekly COVID-19 testing during the winter quarter. Lee and Callow-Wright also urged students to receive a COVID-19 test within 72 hours prior to returning to campus.

The email also noted that the University of Chicago Medical Center (UCMC) will not implement a vaccine booster mandate for its employees, as well as Biological Sciences Division faculty and staff who are clinically active. The email did not specify whether the booster mandate will be different for individuals who received vaccines unauthorized for use in the U.S., such as AstraZeneca or Sinovac.