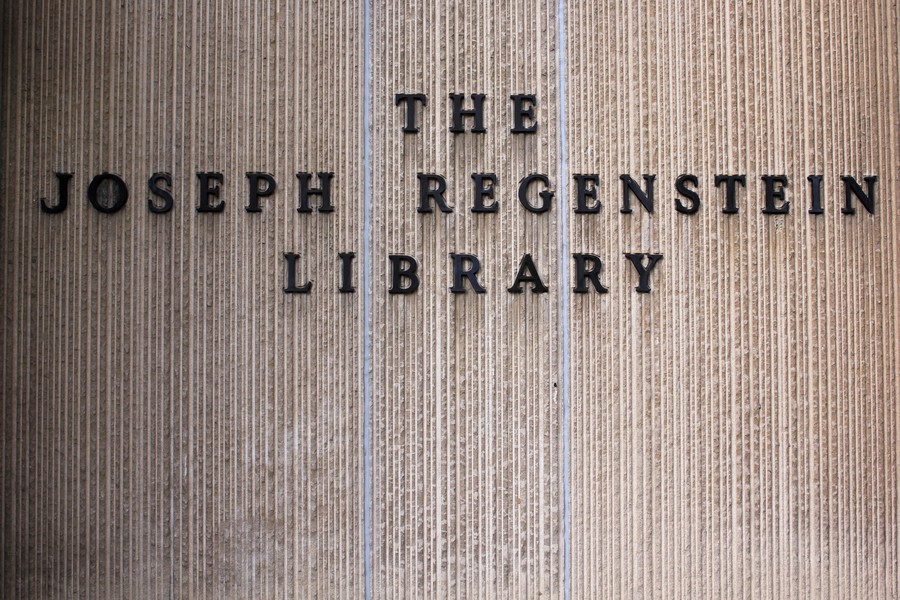 Students from Prof. Amy Dru Stanley’s U.S. Labor History class embarked on a unique final project during the fall quarter: they conducted interviews with frontline workers across the country, using them to analyze essential work in the pandemic for their papers, and archived the tape recordings at Regenstein Library’s Hanna Holborn Gray Special Collections Research Center.

Stanley, an associate faculty member within the history department, came up with the idea because she wanted to connect the students’ learnings of history to the present.

“I felt it was crucial […] for students to make that bridge between past and present, and look at the world around them, to see what the work entailed, [and] how vital it was to social existence,” Stanley commented. “At a time of remoteness [when] we're also distanced with one another, I wanted students to make contact with people outside the walls of the University.”

Stanley and her colleagues discussed implementing the project in late August. They wrote a proposal to obtain financial support from the College’s Curriculum Innovation Fund and Chicago Studies, for the extra work that would go into the course as a result. According to Stanley, that included new research changes to the course and “modest honorariums” for the essential workers that gave their time for the project.

When looking for workers to interview, Stanley and her colleagues reached out to the labor community and unions all over the country. A teaching assistant for the class attended a nurses’ strike in September 2020 and asked around as well.

“He was out there […] peddling our project on the picket line,” Stanley said.

According to Stanley, many of the workers they reached out to were receptive and “delighted” that members of the University were creating a permanent archive.

Students prepared extensively to interview those workers, including learning about a historical precedent for oral history research. Second-year Theo Gardiner said that he and his classmates learned that their project was based off of a Works Progress Administration (WPA) project in the 1930s, where the government sponsored a collection of oral history from ex-slaves.

On Election Day, Gardiner interviewed a nurse at the University of Chicago Medical Center. Gardiner was able to get a different perspective on the University after learning about a strike she had participated in in 2019, mentioning that students don’t normally see those events.

He was also able to learn about how nursing has changed—and stayed the same—over the centuries. According to Gardiner, nurses have taken a much bigger role in society compared to the 1800s, but still suffer the same struggles.

“There's a common kind of mistreatment and lack of equity given to [blue collar workers] that you could clearly see in the history of nursing […] even to this day, and that tied in with the huge over-representation of minorities and females in the profession, and drew together a lot of equity [and] equality issues,” Gardiner stated.

Stanley similarly spoke about how the jobs of some workers changed dramatically due to the pandemic. But for others, their work was already “dirty, hard, dangerous, [and] poorly paid.”

Frontline worker Brian Kelly, who works as a nurse at the University of Chicago Medical Center, was interviewed by one of the students for the project. He said that more colleges and universities should engage with the people they learn about in class.

“It's a significant historical point in time that we're dealing with right now […] and it is nice to have voices that can speak to the experience of what they were dealing with at that time,” Kelly said.

“We've created a permanent archive, a treasure trove for future scholars to be able to have resources to understand the experience of essential work during the pandemic,” Stanley added.

According to Daniel Meyer, Director of the Special Collections Research Center, archives of the oral history project are still being transferred over. After it is all received, archivists will begin their work of organizing and making it available.

Apart from the research component, Gardiner also hopes that the wider UChicago community can learn from the workers’ stories and demonstrate change through actions.

“It’s always valuable to tell stories and humanize situations […] there’s a value to putting a face on statistics,” Gardiner said. “The pandemic is a chance for a reset, a chance to reevaluate and redistribute wealth and welfare. And I think that’s the hope for the future."

Beyond the pandemic, Stanley wants the project to reveal the value of essential work that has often been obscured.

“Look around you and realize the ways in which work that's often hidden from view is utterly central and crucial to the functioning of our lives, whether it be the janitors, […] the transit workers, nurses, teachers […] having the broader community understand that work is essential. And, it needs to be honored,” Stanley said.