Bruenig joined UChicago philosophy professor Agnes Callard to discuss “What Is Journalism For?,” laying out the moral ambiguity of professional journalism. 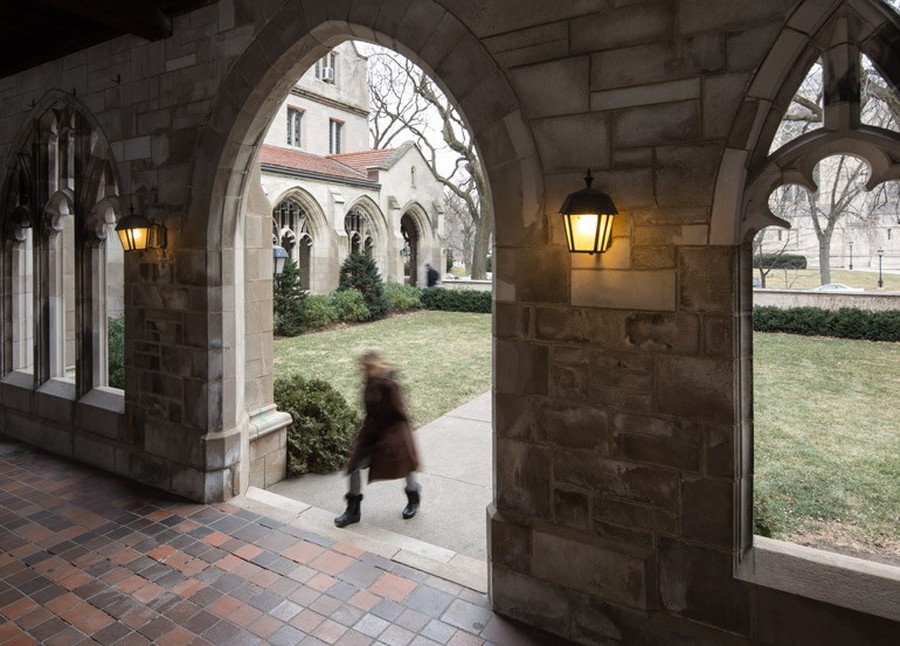 In a live webinar of the Night Owls discussion series, titled “What Is Journalism For?,” New York Times opinion writer Elizabeth Bruenig joined philosophy professor Agnes Callard to discuss what Bruenig views as the inherent “moral ambiguity” of journalism.

The event was part of Night Owls, a series of late-night philosophy conversations that Callard hosts. The webinar, which covered the changing nature of journalism as well as Bruenig’s relationship with Catholicism, can be viewed online.

Callard kicked off the discussion by asking Bruenig how she is able to conduct interviews. “I was imagining being you and having to, like, talk to strangers and call them on the phone. That’s my worst nightmare,” Callard disclosed with a laugh.

Bruenig said that she has always been interested in the experiences of others. “When I was a little kid, I had doll houses…I liked to look in them and see what I could try to deduce or [if I could] tell myself a story about the people who lived in them,” she said. “I think that is the instinct that makes it possible for me to interview so broadly. Because, in some sense, I’m still like a very small kid looking through a hole into someone else’s life and their world.”

Bruenig, who left The Washington Post to join The New York Times in January 2020, has gained a reputation for her writing on politics, religion, and morality, such as her reflections on the death penalty and on sexual abuse in the Catholic church. In 2019, she was named a finalist for the Pulitzer Prize in Feature Writing for her coverage of a sexual assault trial in her hometown of Arlington, Texas.

She is well known for her devotion to both Catholicism and socialism, which she wryly acknowledged during the webinar. “I’m not a great [opinion] journalist because…I have very few drums to beat.…You probably know that I’m Catholic and that I’m socialist, and there’s only so much drum beating you can do there.”

Bruenig noted that over the past few decades, journalism has become increasingly professionalized. “It’s an extension of the prestige professions that you can go into coming out of university, especially a good university. There have always been doctors, lawyers, professors—job titles that carry dignity in society and are understood to be contributing [to society]. Journalism is now one of those things,” she said.

To Bruenig, this professionalization of the field has allowed journalists to maintain their faith in the field as morally neutral, despite a decline in public trust in the media.

“Journalists, I think, have now joined the ranks of those sort of prestige professionals where you're not required to think that what you're doing is suspect, even though it is sometimes.”

Bruenig clarified that all professions include some level of moral ambiguity, but very often, the more professional a field is considered, the less that ambiguity is acknowledged. To illustrate her point, she compared journalism to medicine and law.

“Ask doctors if what they think they’re doing is ambiguous. ‘No, we save people.’ Well, [doctors] do a lot of things. You make all kinds of choices. I understand you're trying to do good. No one, as far as I know, says, ‘I am in journalism to do evil.’ But there is ambiguity there. Lawyers are maybe more cognizant of the fact that there’s an enormous amount of ambiguity around what they do, but even they will try to tell you, ‘No, there’s not.’”

When Callard asked what would happen if all journalism stopped for two weeks, Bruenig said that thanks to social media, journalists are less essential than they once were.

“Some of the best reporting there is just people who are there filming. Journalists who are listening to police scanners or talking to cops or trying to locate someone in the area often have totally incorrect information. [Breaking news coverage] almost always comes out later to have been wrong in some kind of way…but with a guy standing there with his phone, filming, what you see is what you get.”

Bruenig cited the January 6 capital riots as a stunning example of citizen journalism.

“This so-called citizen journalism is indistinguishable from just a lot of social media use, but I think we’ve seen…that it’s actually very effective. Who reported on the capital riots? They did, the people who were rioting! They were the reporters covering their own riot because it wasn’t just a riot. It was an action that was meant to be visible all along.”

“It is important, actually, to disseminate data. Right now, you need to be able to get CDC [Center for Disease Control] numbers out to a huge amount of people to understand what the coronavirus looks like, not only in your house, but in your whole geographical region,” she said. “To the degree that people would have less information to make decisions with [if there was no more journalism], I think that would be a very serious problem.”