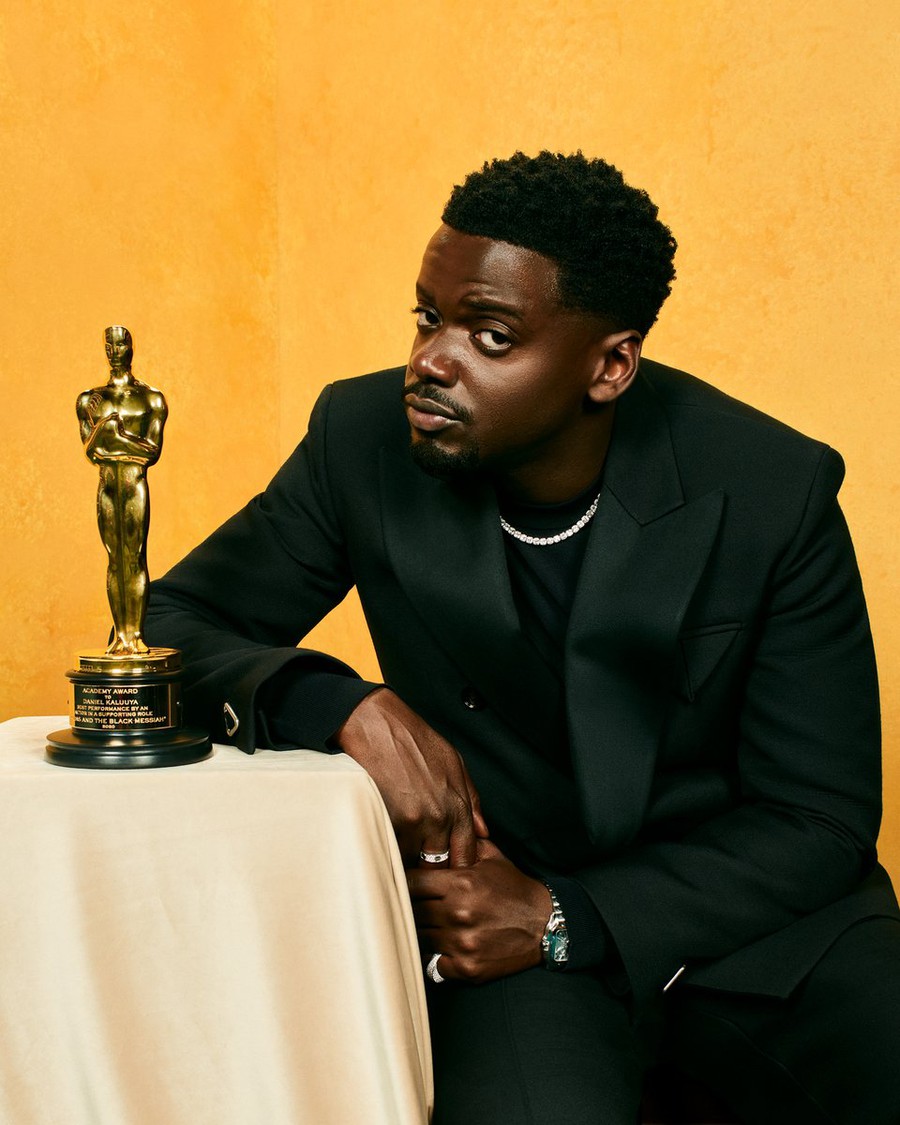 Daniel Kaluuya, Best Supporting Actor for his role of Fred Hampton in "Judas and the Black Messiah", thanked his parents as he collected his tiny gold statue.

Every awards season junkie remembers it. Warren Beatty and Faye Dunaway, Bonnie and Clyde themselves, amble on stage, make the usual remarks about the power and importance of the medium, and announce the unsurprising winner of the 2016 Academy Award for Best Picture: La La Land. Throughout the awards season it had been the odds-on favorite, taking top prize at every precursor and building even more momentum on the night itself with wins for Best Director and Best Actress.

And then, midway through the speeches, chaos. Someone runs on stage and tells something to the large La La Land crowd as the producers give their speeches. Something is afoot. All of a sudden, Fred Berger, one of the ostensible winners, says offhandedly: “We lost, by the way.”

In runs another ostensible winner, Jordan Horowitz, who clarifies further: “No, guys, I’m sorry, no. There’s a mistake. Moonlight, you guys won Best Picture. This is not a joke, Moonlight has won Best Picture.” He snatches the correct card out of the hands of a truly miserable-looking Warren Beatty and displays it for the world to see. Sure enough: Moonlight, Best Picture.

Now imagine that chaos, but instead of being an inadvertent mistake, make it the result of a decision made by the producers. That, in a nutshell, is what this year’s Oscars ceremony was.

Awards shows of late have a relevance problem. How do you get people to watch when they could care less who wins a bunch of, at the end of the day, made-up awards? How do you get people outside of the small sliver of psychos who follow this stuff religiously (myself a proud part of that herd) to care? Well, one way to make people care is to deliver total anarchy, more or less along the lines of what happened on that fateful day in 2017. Everyone, and I mean everyone, knew the next day that Moonlight had won Best Picture. Publicity is publicity, after all!

It is thus unsurprising that in a year where few people had even seen a single nominee for the Academy Awards, and fewer even knew it was going on, the organizers decided to stir up the pot. One of the most sacred Oscars traditions is to present the biggest award of the night, Best Picture, last. So it was, to put it lightly, quite surprising to see the award for Best Picture given before the two main acting awards of the evening, Best Actor and Best Actress. It went unsurprisingly—this time, with no hitches—to the big favorite, the breathtaking Nomadland. The speeches went normally, culminating with Frances McDormand, the star and producer, howling like a wolf in tribute to Michael Wolf Snyder, one of the film’s sound mixers who tragically took his own life earlier this year.

The reason for this decision seemed somewhat clear. The producers, acclaimed director Steven Soderbergh among them, wanted to cap off the show with Chadwick Boseman winning his posthumous Oscar for Ma Rainey’s Black Bottom, as every precursor award had indicated and every awards season prognosticator had predicted. It would be a poignant end to a night that existed in the shadow of the pandemic that had upended all of our lives over the course of the last year and, among many other far more serious effects, had imperiled the very future of cinema—the medium that the night was supposed to celebrate.

On came last year’s Best Actress winner, Renée Zellweger, the person who typically gives out Best Actor. Another plot twist: She was giving out Best Actress! It went to Frances McDormand, her third Best Actress trophy, making her the only person besides Katharine friggin’ Hepburn to win the award more than twice.

And then onto the other side of the stage came last year’s Best Actor winner, Joaquin Phoenix, to present the award to the late Boseman. Right? Nope. The winner of Best Actor was Anthony Hopkins, for his portrayal of an Alzheimer’s-afflicted elderly man gradually losing his grip on reality in The Father.

To make matters worse, Hopkins was nowhere to be seen. He was peacefully asleep at home in Wales without the faintest clue about the havoc he wreaked on the plans of Soderbergh and the rest of the producers. There would be no cathartic remembrance of Boseman and, by extension, all those who have been lost in this devastating year, only a quick smile from Phoenix and an announcement that the Academy is proud to accept the award on Hopkins’ behalf. Cut to black.

It is somewhat unfortunate that this last-minute chaos is all but certain to overshadow what was an otherwise well-put-together ceremony, especially considering the tremendously difficult circumstances under which it had to be planned. Logistical issues prevented the use of the usual Dolby Theatre venue, so the awards show took place primarily at Los Angeles’s Union Station. After the catastrophic technological mishaps at other awards shows this season, most notably the disastrous Golden Globes, the producers declared that there would be no Zooming permitted at this year’s ceremony. Instead, a set of satellite venues would be set up at locations around the globe for those who would not be able to make it to Los Angeles in time. Then the producers declared their intentions to make this year’s ceremony more than a mere awards show; it would instead have the feel of—get this—a movie. Moreover, just like on a set, masks would only be worn when the cameras were not rolling and would strictly be off whenever the show was live.

They largely delivered on their promise. I personally did not realize how much I missed the opportunity to see celebrities gabbing amongst themselves, no masks in sight, wearing a scintillating assortment of tuxes and dresses. It felt normal—something I needed desperately after a year of life and movies that were anything but that.

It is also unfortunate that this grievous error in judgment on the producers’ part would overshadow many of the historic and thoroughly entertaining moments of the night. Chloé Zhao won Best Director for her extraordinary work in Nomadland, becoming the first woman of color and the second woman in the entire history of the Academy Awards to take home the prize. Hopkins’s win made him the oldest person to ever win an acting award, while Ma Rainey’s Black Bottom costume designer Ann Roth’s win tied the record for oldest person to win an Oscar. Daniel Kaluuya, after winning Best Supporting Actor for his incredible turn as Fred Hampton in Judas and the Black Messiah, thanked his parents for conceiving him. Yuh-jung Youn became the first Asian woman to ever win an acting Oscar, taking home Best Supporting Actress for Minari and, in almost the first words of her acceptance speech, shooting her shot with (single) presenter Brad Pitt. Finally, in truly the greatest moment of the night that I didn’t know I needed: Glenn Close did Da Butt!

Despite the chaos, however, the Academy absolutely nailed the awards this year. All of the acting, writing, and directing awards were, in my opinion, given to precisely the right people—yes, including Best Actor. On merit alone, divorced from the larger narratives surrounding the posthumous nature of the award, I really do think that Hopkins’s performance was of a higher quality than Boseman’s. Hopkins is able to transcend the staged origins of his film, a feat that Boseman does not mirror in Ma Rainey’s Black Bottom. Boseman, in other words, put together a marvelous stage performance; Hopkins put together a masterful cinematic one, a performance that has not left, and indeed may never leave, my mind. (If people really want to relitigate Best Actor, the place to do it is in the nominees, in particular the scandalous omission of the true best performance of the year, Delroy Lindo in Da 5 Bloods.)

It is a shame that Hopkins’s well-deserved recognition will forever be partially marred by the fact that it was perceived to be depriving a departed actor of a final memorial, just as Moonlight’s Best Picture win will forever be partially marred by the chaotic process by which it received the award. But what would the Oscars be without a bit of drama? That’s what the movies are for, after all.