Who's Who in Local Politics

Here’s a breakdown of who you need to know in the executive and legislative branches of the city government. 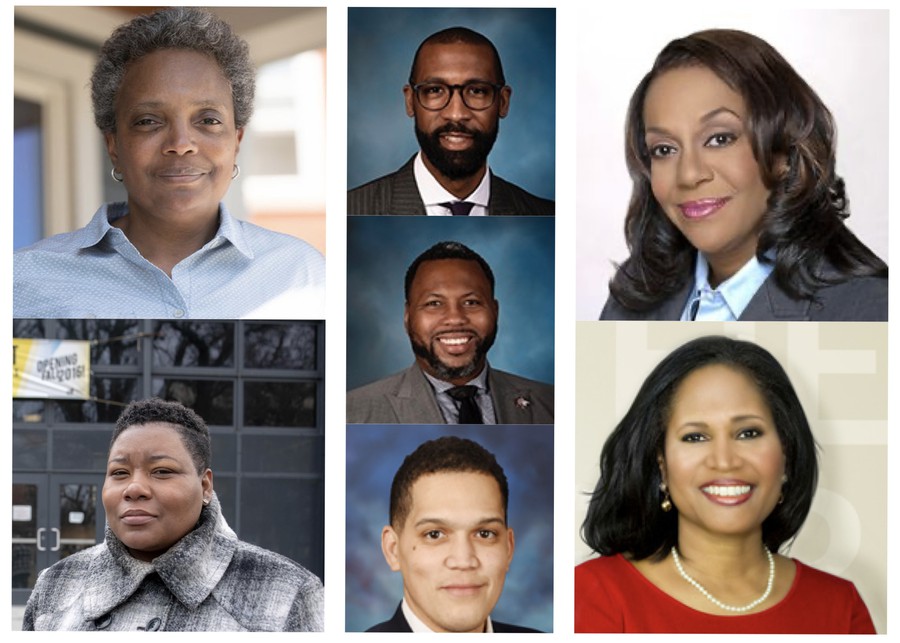 Lori Lightfoot (J.D. ’89) is in her second year of office after being elected in 2019. Lightfoot is the first African-American woman to be elected mayor of Chicago and the city’s first openly lesbian mayor.

Since entering office, Lightfoot has focused on initiatives such as pushing for the $15 minimum wage and coordinating the response to COVID-19. In regard to the latter, Lightfoot coordinated the original five-phase reopening plan for Chicago, and the city is currently in Phase 5, “Protect.” However, Chicago’s mask mandate has been reinstated as of August 20 in the wake of recent spikes in COVID-19 cases among the unvaccinated and breakthrough infections among the vaccinated.

The Fourth Ward spans the area of Hyde Park north of campus. Sophia King was reelected in 2019 after being appointed interim alderman in 2016 and then officially elected in a 2017 special election.

During her time in office, King has advocated for mental health reforms, raising the minimum wage, and police reform. She is a member of City Council’s Progressive Reform Caucus.

The Fifth Ward covers most of campus and Jackson Park. Leslie Hairston, an alum of the Lab School, has served as alderman of the Fifth Ward since 1999.

Hairston is a member of the Progressive Reform caucus and was at the forefront of introducing a Community Benefits Agreement (CBA) alongside alderman Jeanette Taylor. The CBA is meant to protect the communities surrounding the planned Obama Presidential Center in Jackson Park from displacement. Recently, Hairston has advocated for a more cautious approach to reopening Chicago Public Schools (CPS) and taken on initiatives such as the 71st Street Streetscape Project.

The 20th Ward contains parts of campus directly south of the Midway. Taylor was elected in 2019 and is a member of the Socialist Caucus.

Since her election, Taylor has been a vocal supporter of the CBA. Taylor has also expressed concern regarding the timeline of Chicago Public Schools’ reopening, recently signing a petition that called for changes to the plan, including incorporating more input from CPS teachers.

Tarver was elected to office in 2018, succeeding Barbara Flynn Currie, who had the longest tenure of any woman to serve in the Illinois General Assembly. The 25th District contains most of Hyde Park.

In the last session, Tarver pushed forward bills that increased transparency for individuals denied a license, certificate, or registration by the state due to a criminal conviction; required schools to provide written notice to an offending student’s parents or guardians in the event of any misconduct; and created a program for the state funding of health-care telementoring entities that help health-care providers improve their services.

Buckner was elected to office in 2018 to serve the 26th District, which covers some of western Hyde Park.

Buckner has previously advocated for allowing collegiate student-athletes in Illinois to be compensated for any use of their name or likeness. More recently, Buckner passed legislation that expands the requirement for a certification of compliance with Illinois’s equal pay laws to any business with more than 99 employees.

Peters was appointed to office in 2019 and won election in 2020. Since taking office, Peters has proposed numerous bills, including an ambitious criminal justice reform package earlier this year that moved Illinois toward ending cash bail.

During the spring session, Peters passed 17 bills, including ones that required 270 minutes of civics instruction for anyone in custody of the Juvenile Justice Department, amended quorum requirements for Chicago Public Schools’ Local School Councils, and guaranteed Illinois students 30 minutes of supervised, unstructured playtime from kindergarten through fifth grade.