Abbott, previously the executive vice president of internal affairs, will assume the position after Natalie Wang, who was first in USG’s line of succession, declined the offer. 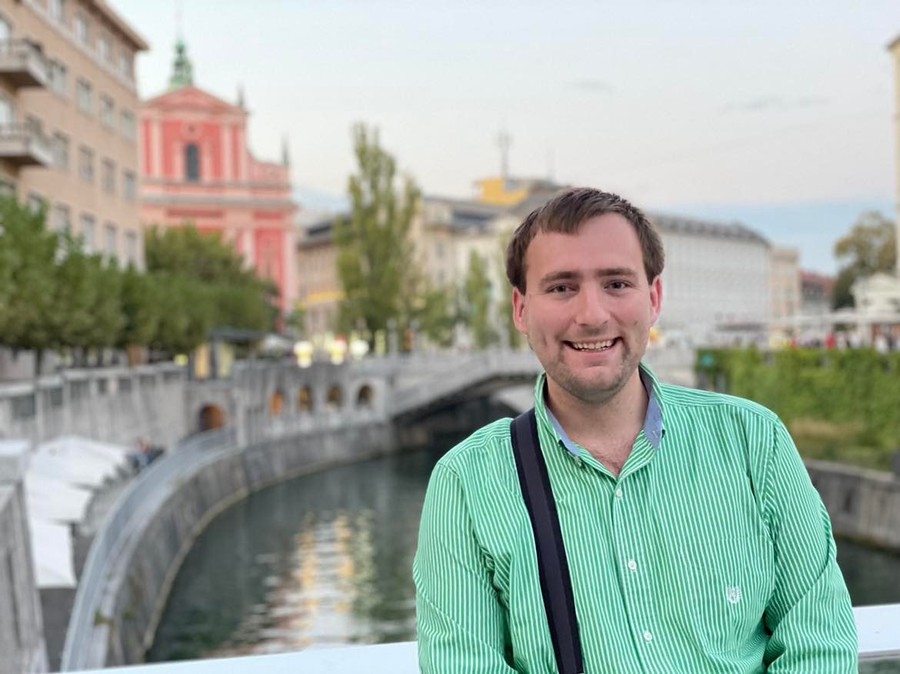 Undergraduate Student Government (USG) Executive Vice President of Internal Affairs Allen Abbott will become the president of USG for the remainder of the 2021–22 term, replacing Parul Kumar, who vacated the post on December 18. The change, which will take effect immediately, was announced on USG’s Instagram account Tuesday morning.

Abbott, a fourth-year majoring in East Asian languages and civilizations and Law, Letters, and Society alongside a joint master’s degree in international relations, was the second person to whom College Council (CC) offered the position. Executive Vice President of External Affairs Natalie Wang, who was first in line to replace Kumar according to USG’s new succession procedure, declined the offer.

“We are thrilled to be leading USG together in its inaugural term. Throughout the past year, we have collaborated on numerous projects on issues ranging from the academic calendar to Maroon Dollars expansion. We worked closely together in the USG transition process. It has been a privilege to work together with brilliant USG representatives and see firsthand the limitless potential that we as an organization have in representing and serving student interests,” reads the post, co-written by Abbott and Wang.

Wang is the only remaining member of the original Thrive slate, which ran unopposed in last year’s Student Government (SG) election. In July, former CC chair Murphy DePompei resigned from her post. DePompei was replaced by Marla Anderson, who served as the acting president during winter break after Kumar’s resignation.

The post also announced that Wang will retire from her position at the end of winter quarter to begin a full-time job in the spring. USG will determine “over the coming weeks” how Wang’s position will be filled once she vacates.

USG’s succession procedure was approved unanimously at a CC meeting on Monday, January 10. The procedure stipulates that a vacancy in the presidency be offered first to the executive vice president of external affairs, then to the executive vice president of internal affairs. Each office-holder has 24 hours to accept or decline the role before the offer is extended to the next person in line.

“The following of a clear line of succession is preferred to a general election for the office because a line of succession allows for swift continuity of executive leadership and direction for Undergraduate Student Government’s ongoing projects, initiatives, and day-to-day functions. It also allows for the preservation of the workflow and synergy that has developed between Cabinet members, committee chairs, and leaders in College Council,” reads the document, which was compiled by Vice President of Advocacy Tyler Okeke.

Under the document’s provisions, the responsibilities Abbott held in his previous roles as executive vice president of internal affairs and chair of USG’s transition committee will be distributed among the remaining cabinet members.

Transition committee vice-chair and Class of 2022 CC representative John Fuentes presided over discussions on the succession procedure. To avoid any potential conflict of interest, Abbott “was not involved with the final recommendation,” according to a statement given by USG to The Maroon.

Abbott was first elected to SG in October 2020 after winning a tie-breaker vote against fellow write-in candidate Evita Duffy for the fourth CC representative seat for the Class of 2022. He also served as SG historian in the 2020–21 term.

In a statement emailed to The Maroon, Kumar wrote that she will continue working with USG on projects like amending Greek life policy, producing a report on marginalized students, and providing emergency funds to survivors of sexual violence.

“A lot of the Thrive slate’s original mission was in alignment with the work I’ve been doing since my first or second year here, so it feels more natural to just keep going instead of stopping because I don’t have a position or title,” she wrote. “I’ve been really lucky to have such a supportive community around me and have felt completely affirmed in my decision and in who I am. I feel really confident and happy and hopeful coming into this quarter to be able to work on so many different projects with so many wonderful people.”