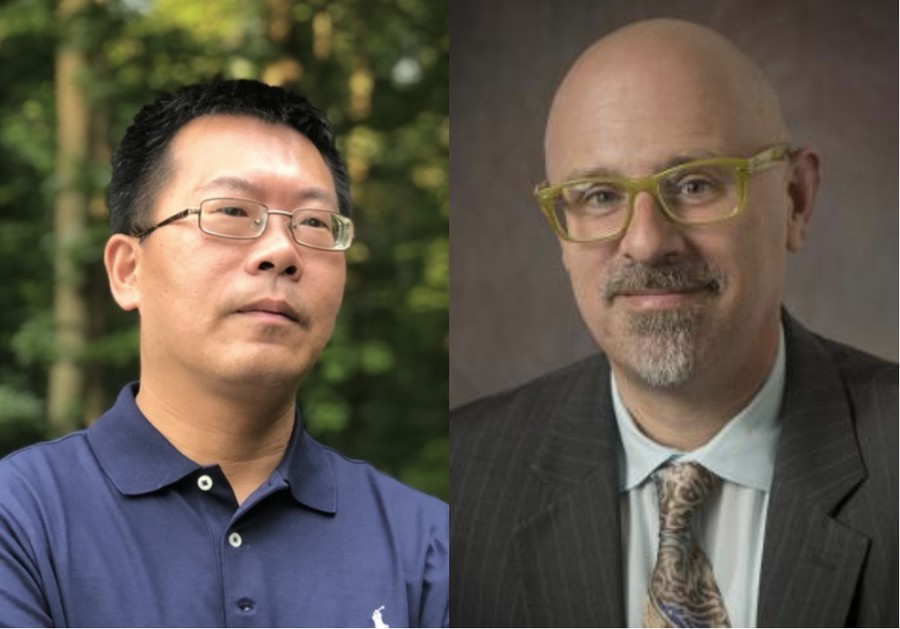 The Pozen Family Center for Human Rights hosted academic lawyer and human rights activist Teng Biao and professor Tom Ginsburg in an online discussion titled “China’s High-Tech Totalitarianism and the New Global Order” on Monday, March 7. Associate professor of history Johanna Ransmeier moderated the discussion between Teng and Ginsburg and then opened the floor to questions from the audience.

“In recent years, it’s become increasingly clear that the government of the People’s Republic of China has developed an unprecedented capacity to gather data and to deploy that information in service of its own governing agenda,” Ransmeier said. “As an expression from over a decade ago says…if data is the new oil, then China is Saudi Arabia.”

Teng then began his presentation on China’s “high-tech totalitarianism,” a term he used to describe China’s use of technology to expand power and tighten control. This has posed a serious threat to human rights and freedom. Teng, a visiting professor at the University, has co-founded two human rights–focused nongovernmental organizations in Beijing.

“Though China has the Internet and social media, censorship is still strict, and in terms of the social and economic organizations, we can say there’s an increasing power of the private economy. But the Chinese authorities are able to control the economy and can take away private property easily with impunity,” Teng said. “The Chinese Communist Party has been using or misusing high-tech analysis to establish unprecedented totalitarianism. It used civilians’ cameras, big data, DNA collections, or artificial intelligence to strengthen its control. It’s like digital Leninism or totalitarianism.”

Afterward, Ginsburg responded to Teng’s presentation and answered Ransmeier’s questions with Teng. Ginsburg, who is the Leo Spitz Professor of International Law, has worked on legal and constitutional reform with multiple international development organizations and foreign governments.

Ransmeier said that in addition to technological sophistication, there is also a “legal and ideological element” to how the Chinese Communist Party stays in power.

“China is, also at the same time, investing in all the technology, investing a lot in a lot of internal systems of law as a mechanism of social control and as a mechanism for facilitating economic exchange,” Ransmeier said.

During the discussion, Teng and Ginsburg also spoke about the dangers of accusing Chinese students and scholars of stealing technology and intelligence.

“If Chinese people in the United States are discriminated based on their nationality, citizenship, or what they look like, that’s racism,” Teng said. “And that is what the Chinese government is happy to see because they always equal human rights criticism to Asian hate, anti-China sentiment. So we should clearly and firmly criticize the Chinese government regarding its human rights violations and global threat, but we should not discriminate against China as a country or the Chinese as a people.”

Teng appreciated the University for allowing him to organize and partake in discussions surrounding sensitive topics.

“Normally, many, many universities are reluctant to host these kinds of sensitive events,” Teng said. “I think I can praise what this University has been doing. It’s very important for American universities…to guarantee free speech and academic freedom. And this is related to what I presented on high-technology totalitarianism and how that impacts the global order.”