By Jinna Lee   and Taryn Kim 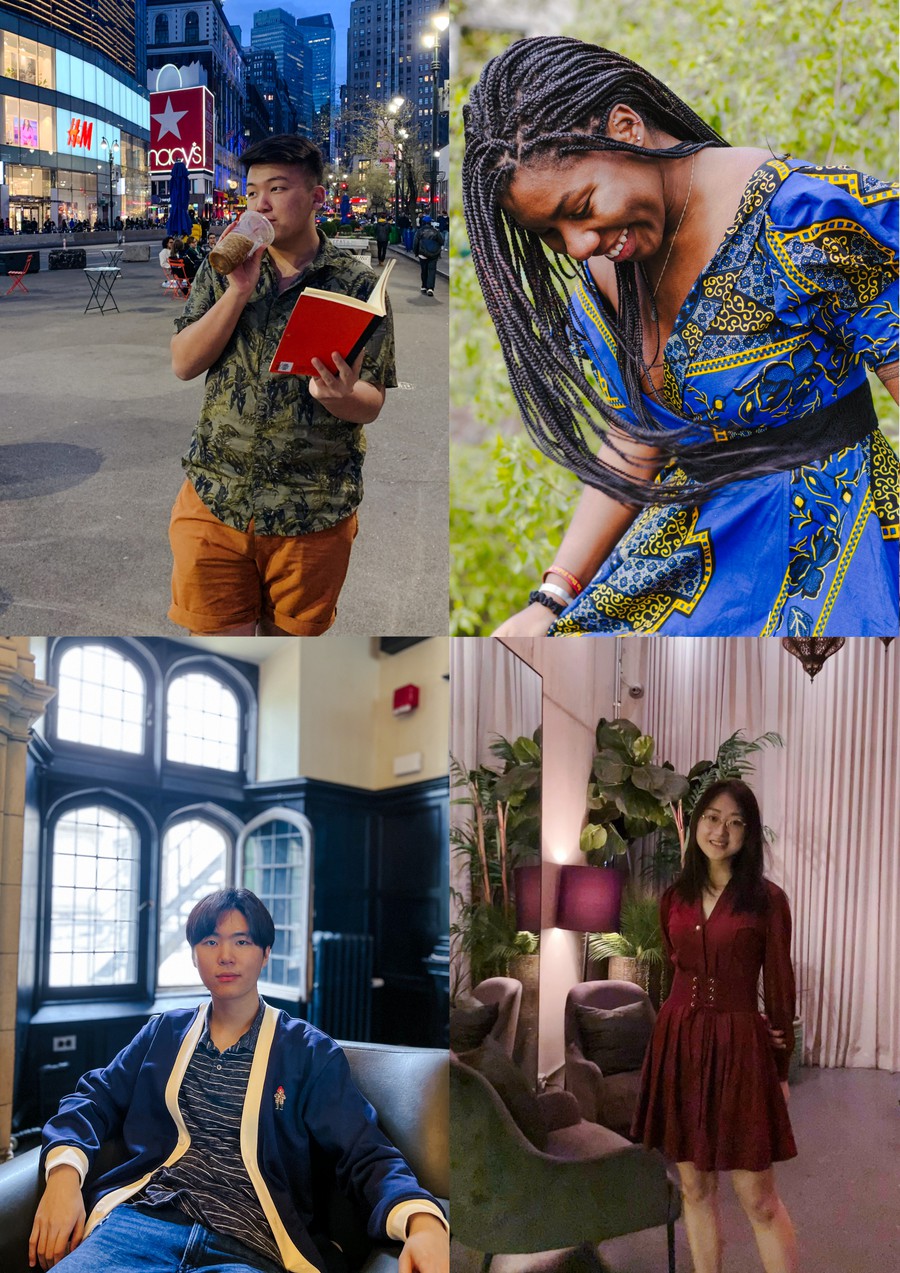 As the school year comes to a close, fourth-year students are faced with the difficult decision of where to live and work. For international students, visas and living away from home complicate these questions.

Brandon Zang is a fourth-year international student with Canadian citizenship who was born in Tianjin, China.

Upon graduating, Zang will begin his Master of Fine Arts in Playwriting at Boston University. As an aspiring writer, Zang hopes to base his career in New York, but live in Canada as he works. Many other Canadian artists also choose to go back and forth because Canadian citizenship grants free passage to the United States without the need for a visa.

Zang has many reasons for wanting to return to Canada. He finds New York an expensive, daunting city and prefers the smaller-scale feel of Vancouver. Canada’s population is also 17.7 percent Asian, which is more than two times higher than the US’s 7 percent. “It is genuinely much safer. [As an Asian], I feel much more safe, more secure in a place like Canada,” Zang said.

In the U.S., Zang has run into difficulties while pursuing a career in the arts. “From a visa perspective, it’s much easier to apply for a work visa, H-1B visa, or to get sponsorship for that kind of visa when you’re working in a career that is somewhat sponsored by the government,” Zang said. “It’s easier for people who are working in finance, tech, or academia to be able to get those visas.”

There are a few visa options specifically designated for artists. However, the O-1 visa requires demonstration of extraordinary artistic ability on the national or international level, while the P-2 visa does not authorize its holders to work any jobs outside of the art industry. Zang describes working as a theater artist without a separate day job as “impossible” financially. Thus, most artist visas are a short-term solution. Zang said, “From a primarily financial perspective, it makes so much more sense to live in Canada.”

Zang’s decision to stay in the U.S. for graduate school comes down to its affordability and prestige. Zang is one of five students to be admitted into his program at BU, which accepts students every two years and fully sponsors them with an additional living stipend for the entire three years. “While I have the student visa to be able to live and somewhat work in the States, and with the University paying for a lot of things, I can actually afford to make connections and start getting my career off its feet while I’m in grad school,” Zang said.

Leandra Wilson-Patrick is a fourth-year international student with a Barbados and United Kingdom dual citizenship.

After graduating this past March, Wilson-Patrick began working at a biotech company in Cambridge, Massachusetts, doing cutting-edge oncology research as a research associate. However, due to the limitations of her student visa, she has struggled to find stability in the U.S.

“I can’t make plans past the year,” Wilson-Patrick said. “In a year, my student visa extension will run out and I will have to apply for either an extension or a work visa.”

Wilson-Patrick’s limited visa options are coupled with high renewal costs and heavy administrative paperwork—her last visa extension cost over $400. Wilson-Patrick now works at a company that includes coverage for almost all student visa extension and work visa costs, but non-student visas are hard to obtain. H-1B work visas, along with green cards, are acquired through a lottery process and not guaranteed to all.

“It was really tough for me to not just move to the U.K.,” she said. “It’s a system that I’m more familiar with, and I don’t have to pay for a visa. I can just go.”

Ultimately, the career opportunities in the U.S. made Wilson-Patrick decide to stay. “Something I don’t think people who are from the U.S. realize is just the wealth of opportunity [that exists here]. I couldn’t do this position in the U.K. starting as an intern…the pros outweigh the cons of constantly emailing the immigration services and making sure my status is up to date.”

Still, the job search isn’t easy with unique barriers that international workers face. “There’s a question on every job application form that will ask if you now or in the future require an H-1B visa sponsorship,” she said. “It does feel like a weed out question for some applicants.”

During the job search, Wilson-Patrick also had to take into consideration the proximity of Barbados to her work location in the case of a family emergency. “When I applied for this job, the first thing I did was look at flight schedules,” she said. Currently, however, the unpredictability of her student visa status keeps Wilson-Patrick from visiting home. “The easiest thing to do on a visa is to stay put in the U.S. and not move,” she said.

Wilson-Patrick recommended that other international students apply early for Optional Practical Training (OPT), a work authorization for international students who have been full-time students. “You can apply for OPT, the visa extension, three months before your graduation date. Even if you don’t know where you are going to work or what you are going to be doing, the second that becomes available, you need to apply,” she said.

After graduation, Lee is headed for San Francisco, where he will be working in shareholder advisory at an investment firm called PJT Partners. Lee plans on remaining in the United States for a few years before making a long-term decision about where to live. Like Wilson-Patrick, Lee shared that there are “so many things that you can do in the U.S. that you’re not able to do in Korea, and the amount of opportunities in terms of quality and quantity [in the U.S.] is incomparable.”

For Lee, the main drawbacks to living in the U.S. are the high cost of living and being away from family. He also struggled to find a company that would sponsor his visa. According to Lee, a visa-friendly company “is something you have to look for as an international student, because if the company does not sponsor your visa, there’s almost close to 0 percent chance that you will get the job offer.” Although Lee is hesitant to work towards an American citizenship because it will mean relinquishing his Korean citizenship, he envisions potentially trying for a green card, which will allow him more permanent residence in the U.S. while maintaining Korean citizenship.

Lee shared that the Office of International Affairs (OIA) was instrumental in assisting with the administrative side of the visa process, supporting him through the OPT and Curricular Practical Training—temporary employment authorization for non-immigrant foreign students. However, in terms of securing his job, he said, “it was just me versus the whole job market.”

Emma Yan is a fourth-year international student who grew up in Shanghai, China.

Unlike some of her international peers at UChicago, Yan was not enrolled in any international program in China and went through the Chinese high school curriculum. After graduation, Yan will head to Columbia University to pursue a Master of Public Administration. She hopes to one day work in multilateral development banks or think tanks to help with policy design, research, and implementation.

Though pursuing work in the public and international sectors, Yan is not sure what part of the world her career will take her. Students who plan to work in international organizations usually try to obtain a G-4 Visa. “This basically means that you can work anywhere, but you can switch it back to the H-1B or a visa for the private sector,” she explained. The caveat, however, is that you can only make this switch once, meaning that students are committed to the sector they initially choose.

In international relations work, the main barrier for international students is that many federal positions require citizenship. Yan says that with trade relations and national security in particular, governments, including the U.S., are strict about citizenship. However, Yan’s career goals are not centered around working in the U.S. “I’m not interested in serving the U.S. government,” she said. “My whole vision and purpose is more directed to the developing world.”