RSO Leaders Pass on the Baton

Fourth-year leaders of the Business Organization for Latino Development, Phoenix Survivors Alliance, and Phoenix Sustainability Initiative reflect on their legacies, accomplishments, and hopes for the future. 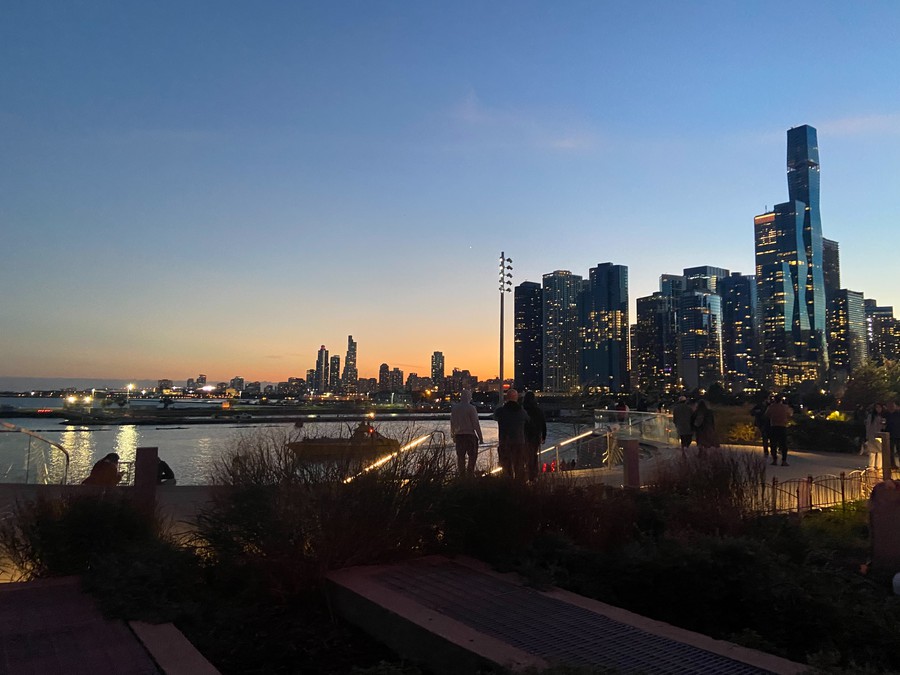 From leaving campus abruptly in the middle of their second year due to the COVID-19 pandemic to having a late return to campus, the Class of 2022 has had a UChicago experience like no other. Nevertheless, its members still managed to leave a lasting impact on the College, especially through the Recognized Student Organizations (RSOs) they shaped and led.

From the day fourth-year Josselyn Navas arrived on campus, she sought to find a group that supported Latino students like herself interested in pursuing business after their academic careers. “My second year, [I] noticed that there was really a lack of resources and community for Latino people who were interested in business careers,” she said. To fill that void, Navas co-founded the Business Organization for Latino Development at UChicago (BOLD).

Once she and fellow co-founder, third-year Diego Pizano, had established a team and gone through the school’s bylaws, the stage was set. From the start, the pair aimed to create a space for Latino students to learn and master the skills needed to thrive in the business world. “This is a space where you can truly and fully bring yourself and all of your questions and not be judged,” Navas said.

Fourth-year Parul Kumar, the co-president of the Phoenix Survivors Alliance (PSA) and former president of Undergraduate Student Government (having served from June to December 2021), left her own mark on campus. She spearheaded several projects, including the Survivor Fund, which Kumar said acknowledges “how costly being a survivor is.” The fund provides financial assistance to survivors of sexual violence and abuse for housing or therapy.

Kumar expressed optimism that PSA would continue to provide a space for both healing and empowerment. Reflecting on her time in PSA, she noted how inspired she was by the valor and dedication of its members. In particular, PSA has brought to campus The Clothesline Project, an initiative in which survivors hang T-shirts on clotheslines reflecting their personal experiences and accounts of survival.

“Survivors at this university have continued to survive through the survival of those shirts and their stories," she said.

Fourth-year Terra Baer knew that she wanted to be involved in sustainability efforts on campus as early as her admission interview in Berkeley, California. This led her to join the Phoenix Sustainability Initiative (PSI), which aims to improve sustainability on campus and in the Chicago area, during the autumn quarter of her first year. Baer did not join PSI for recognition; she simply wanted to pursue her passion and help others along the way.

Baer has served as vice president for two years and co-president for one year at PSI, focusing much of her time on ensuring that the organization remains a space for student activists to make their voices heard. PSI has encouraged the University administration to commit to sustainability measures. In 2020, Baer helped draft the University’s goal for a 50 percent reduction in greenhouse gasses by 2030, which will be accomplished by improving the energy efficiency of buildings on campus, scaling back gasoline consumption, and increasing its landfill diversion rate.

In addition to working closely with President Paul Alivisatos and the administration, PSI collaborated with campus organizations like MODA, which is a student-run fashion magazine and blog designed to showcase unique talent and engage students in fashion dialogue. The two RSOs collaborated to organize a successful pop-up thrift shop in the Reynolds Club in winter quarter, which lasted three days. All proceeds from the event were donated to People for Community Recovery, a South Side environmental justice organization.

Baer hopes that in the future, these collaborations will sharpen the University’s focus on sustainability, strengthen its commitment to carbon neutrality and divestment from fossil fuels,  and enable the expansion of the Office of Sustainability. “Now is the time when we see both on campus and in the world at large building a lot of momentum in the area of sustainability,” Baer said.