The U of C's nuclear experiments—as well as modern efforts to clean them up—trace their roots to a killjoy administrator, an Italian physicist, and a gang of singing teenagers. 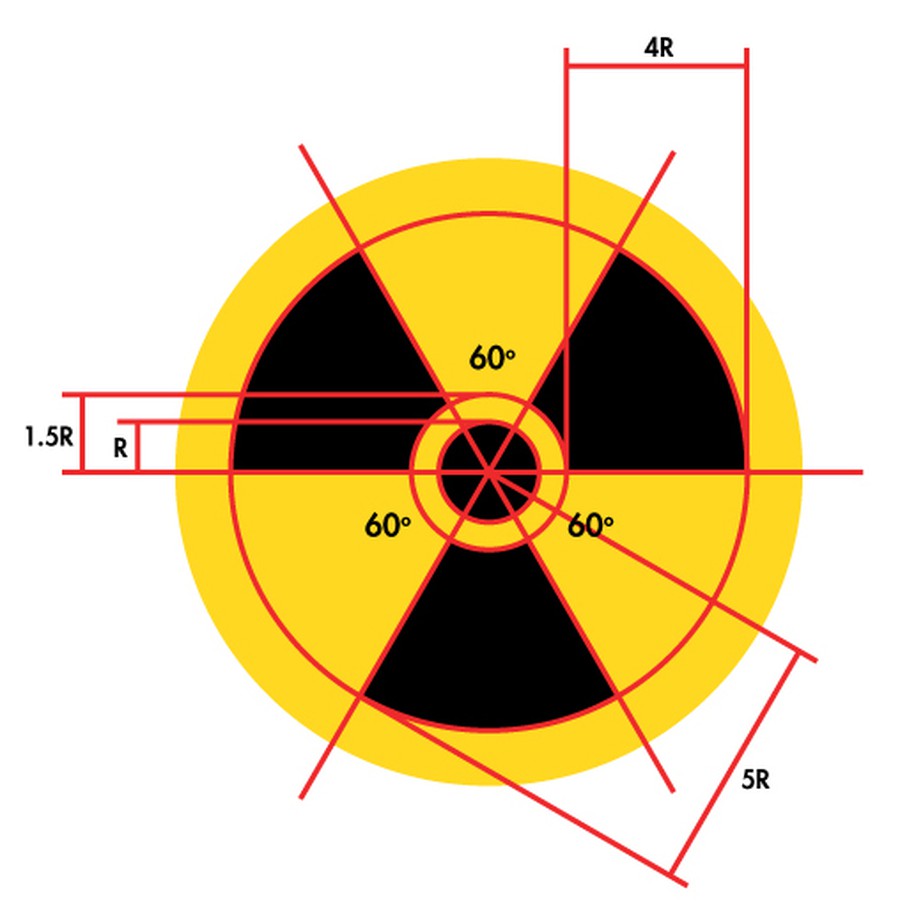 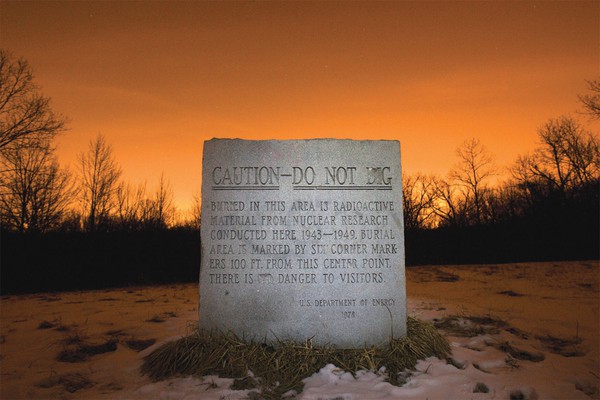 Construction on the Joe and Rika Mansueto Library kicked off in September, and though it’s little more than a crater right now, we’re just a year-and-a-half short of a new reading room and an extensive underground collections facility. Adding to the library’s aura is its location: The foundation is being built on the site of the west stands of the old Stagg Field—home, in 1942, to the world’s first self-sustaining nuclear reaction.

But as much as comments from tour guides about Max Palevsky’s half-life and radioactive gophers in the Reg might seem like jokes, the excavation of the exact spot where Enrico Fermi’s nuclear reactor went critical raises the question: Is the ground there still toxic?

According to the U.S. Department of Energy (DOE), the radioactivity level of the entire campus is at an “acceptable” level for day-to-day life. But the question of where all the radioactive waste disappeared to is a bit more complicated. The University’s nuclear experiments—as well as modern efforts to clean them up—trace their roots to a killjoy administrator, an Italian physicist, and a gang of singing teenagers.

The federal government chose Chicago as a major center of information consolidation for the Project largely because of its distance from coastlines, which were seen as more vulnerable to an attack during World War II. Among Met Lab’s primary objectives was the production of chain-reacting piles of uranium that would be converted into plutonium, making a nuclear reaction—and ultimately a nuclear bomb—possible.

University President Robert Maynard Hutchins, father of the Common Core and crusader against universities transforming into what he termed “high-class flophouses,” was an unlikely participant in Fermi’s experiment. Yet it was Hutchins’s dogmatic scholastic vision that introduced radioactivity to Stagg Field.

The Met Lab had planned to build a nuclear pile (it was not called a reactor until the 1950s) on leased land in the Red Gate Woods, a forest preserve in the southwest suburbs. But the plans were foiled when community members discovered that the contractor in charge of the project was using non-union labor. Pro-union forces began picketing the site, forcing researchers to hunt for another locale.

Enter President Hutchins. He had laid the foundation for Fermi’s work several years earlier, when he disbanded the U of C’s Big 10 football team along with most Greek and religious organizations. “The whole apparatus of football, fraternities, and fun,” he once said, “is a means by which education is made palatable to those who have no business in it.” In addition to the obvious impact on student life, this left the west stands of Stagg Field deserted and available for the Met Lab’s experiments. In the fall of 1942, Fermi and his team set up shop.

Instead of relying on graduate students for the intensive physical labor required to build Chicago Pile-1 (CP-1), the Met Lab turned to the next best thing: high school dropouts. Desperate to earn a few extra bucks before they turned 18 and became draft-eligible, underage men were hired to construct the world’s first nuclear reactor. “They sang together to pass the time during their 12-hour shifts,” notes one DOE article. But the fun ended when the work stopped: The youths needed 30 minutes each day to wash the graphite dust off their skin.

Sporting six tons of pure uranium and 34 tons of uranium oxide, CP-1 turned out as a 20-foot-tall cube made up of 400 tons of hefty graphite blocks equipped with tennis ball–sized holes to allow the insertion of uranium fuel. Fermi referred to his creation as “a crude pile of black bricks and wooden timbers.” On December 2, 1942, he gathered 42 dignitaries and fellow researchers on the rackets court and initiated the world’s first man-made nuclear chain reaction. The pile reached critical mass that afternoon and was switched off a half-hour later. CP-1 was disassembled in February 1943, just three months later.

In 1974, the federal government initiated the removal of leftover waste from early nuclear experiments, including those on campus. FUSRAP decontaminated 23 locations in Kent Laboratory in 1977 and followed with 99 more in Eckhart, Ryerson, and Jones Laboratory in 1984. According to the DOE, “A total of 600 cubic feet of radioactively contaminated solid waste from all four facilities and three 55-gallon drums of liquid waste were removed, packaged in bins, and shipped to approved waste sites for disposal.” The agency concluded its efforts here in 1987.

Stagg Field didn’t require any decontamination work. When the stadium was demolished in 1957, radiation levels were not even taken into account, nor was any shielding (the method of blocking in radiation to protect those around its source) necessary when taking apart CP-1.

In the lead-up to the experiment, Fermi had ardently insisted that there was no risk of an uncontrolled fission reaction. The Atomic Energy Commission’s (AEC) historians see it differently, however. Although the risk at the old rackets court was nonexistent by the time FUSRAP came around, the AEC later concluded that at the time of its initiation, CP-1 was in fact a “gamble with a possibly catastrophic experiment in one of the most densely populated areas of the nation.”

After CP-1 was shut down, it was dismantled block by block and driven to the originally proposed host site in the Red Gate Woods, where it was rebuilt in an area called Site A and dubbed Chicago Pile-2. Work at Site A continued until 1954, eventually involving a second reactor called Chicago Pile-3 (CP-3). According to a 2007 Argonne report, research programs included reactor physics studies and work with the radionuclides of laboratory animals.

After 1954, the Met Lab’s activities were moved about four miles west, where the laboratories now exist under the umbrella of Argonne National Laboratory. The radioactive waste from Site A was encased in concrete and buried in a 200-foot-long disposal site called Plot M in a clearing in the Red Gate Woods; CP-3’s biological shield was buried in place.

A large stone marker in the middle of Plot M instructs wayward treasure hunters not to dig under any circumstances but adds that there is no danger to visitors (though vandals have chiseled off the word “no”). Argonne no longer leases the land at Site A, but it has regularly inspected the plot since the 1970s.

The only nuclear dangers on campus in recent years have come from contemporary threats. In 2000, an unsuspecting researcher inadvertently poured an entire gallon jug of radioactive aqueous tritiated thymidine down a lab sink, and in 1999, a pair of undergraduates successfully constructed their very own nuclear reactor in a room at Burton-Judson as part of Scav Hunt. Neither incident has had a negative effect on campus safety.

In short, provided they steer clear of unmarked Erlenmeyer flasks, readers in the Mansueto will have little to worry about.