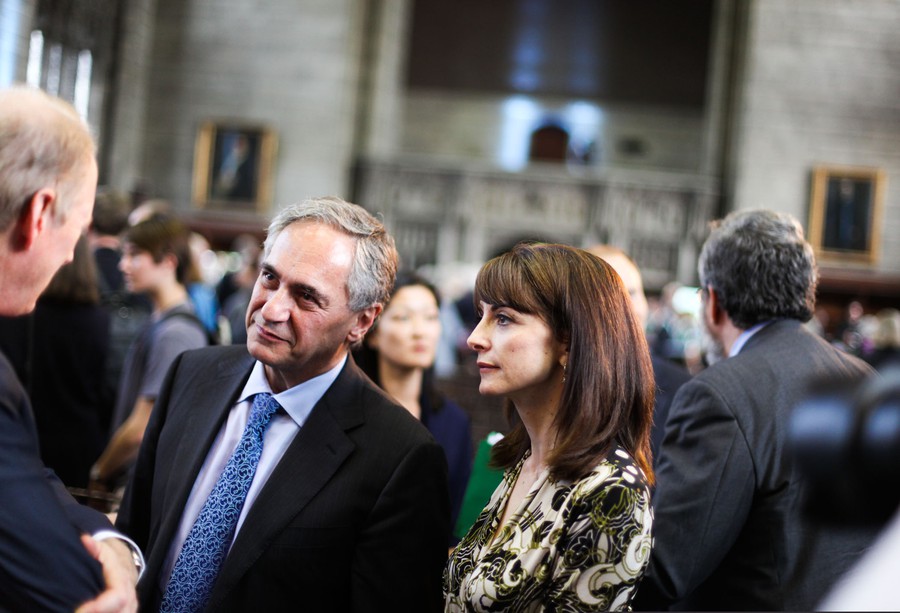 “We’re very happy for them, and we hope people will respect the privacy of their personal lives,” said University spokesperson Steven Kloehn, who confirmed the marriage.

The Board of Trustees has put provisions in place to ensure that the marriage does not present any conflicts of interest where promotions or other administrative duties are concerned, Kloehn said.

Department chairs and division deans typically handle such matters, while the provost decides on faculty promotions. Although it is rare for faculty to report to the President, it has been established that Bartsch would come before the chair of the Board of Trustees in such circumstances.

The Maroon could not confirm whether Bartsch will join Zimmer in the president’s house on 59th Street and University Avenue. Although Schwartzman, a director at the Urban Education Institute, continued living in the President’s house for several months after their separation while Zimmer lived elsewhere, Zimmer has been living in the house for most of the past year.