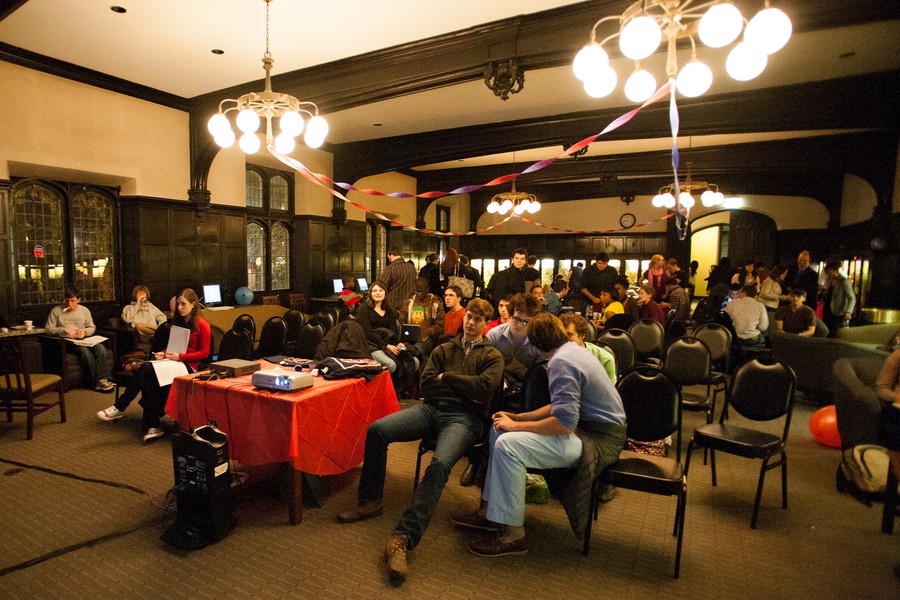 As the site of the Republican election-viewing party, McCormick Lounge hosted a very different set of political enthusiasts than the Place that shares its name.

A core group of conservatives stayed throughout the event, but the crowd also included other students wandering through to check the returns and sample the catering.

The College Republicans were also selling Milton Friedman “Freedom” T-shirts, modeled after Shepard Fairey’s iconic 2008 Obama poster, along with copies of the Constitution and the Declaration of Independence.

A popular attraction at the viewing was two life-sized cutouts of Mitt Romney and Paul Ryan that College Republicans brought with them, according to third-year Jacob Rabinowitz, president of the RSO.