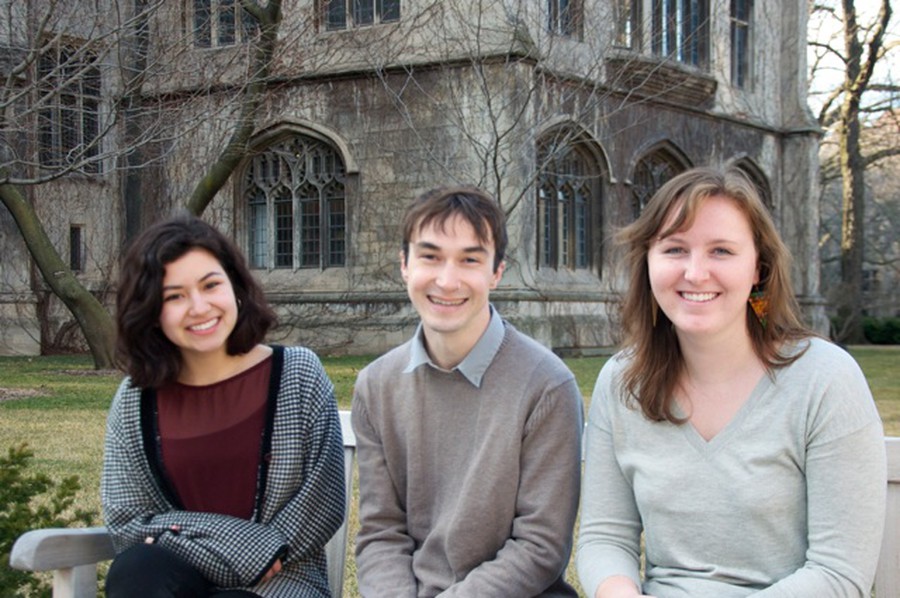 Courtesy of Courtes of Stazi Tangherlini

With an extensive background in campus and community activism, Impact aims to give a voice to student issues and spearhead the establishment of what it envisions as a more politically involved and effective Student Government (SG).

“I don’t see the only purpose of Student Government as being annual allocations and interacting with a small group of highly motivated RSO leaders who want money for their projects,” McCown said. “It’s more conservative than students are. It would be good to have a progressive voice interacting with the high levels of administration.”

For Impact, that progressive voice would promote serious administrative attention to student issues like diversity measures, mental health, and sexual health, according to first-year Jane Huber, who is running for vice president of student affairs.

“There isn’t really much of an emphasis on understanding the issues of sexual health on campus and offering support to survivors of sexual assault. We want to push the university to include those services,” she said. She also spoke on emphasizing a “push for a stronger university reaction to things like racism and homophobia.”

Second-year Sofia Flores, the slate’s candidate for vice president of administration, highlighted their long-term goal of addressing structural limitations on SG effectiveness, in particular the need for an SG voting member on the Board of Trustees.

“UChicago is all about discourse and students contributing towards a larger discourse... I feel like the biggest issue is that students don’t really have a role in the decision-making processes that occur on campus,” Flores said.

While none of the members of the slate have ever held any formal SG positions, all three have substantial experience working for political and issue-based campaigns. On campus, Flores is a leading member of the Southside Solidarity Network; Huber has been involved with the UChicago Climate Action Network, the University of Chicago Coalition for Immigrant Rights, and the University Community Service Center’s Seeds of Justice program; and McCown is a founding member of Students for Health Equity.

“That’s given me an immense amount of insight into the workings of administration, of how decisions are made, and of how the bureaucracy works,” McCown said of his involvement with SHE, especially last quarter’s controversies surrounding the trauma center campaign.

Overall, McCown said, Impact is focused on a “broader goal of increasing the level of involvement Student Government has in actual politics. There are a lot of fairly important things centered around this $6 billion institution that are just not taken up.”