Cuckoo for Kuko, the man behind the omelet 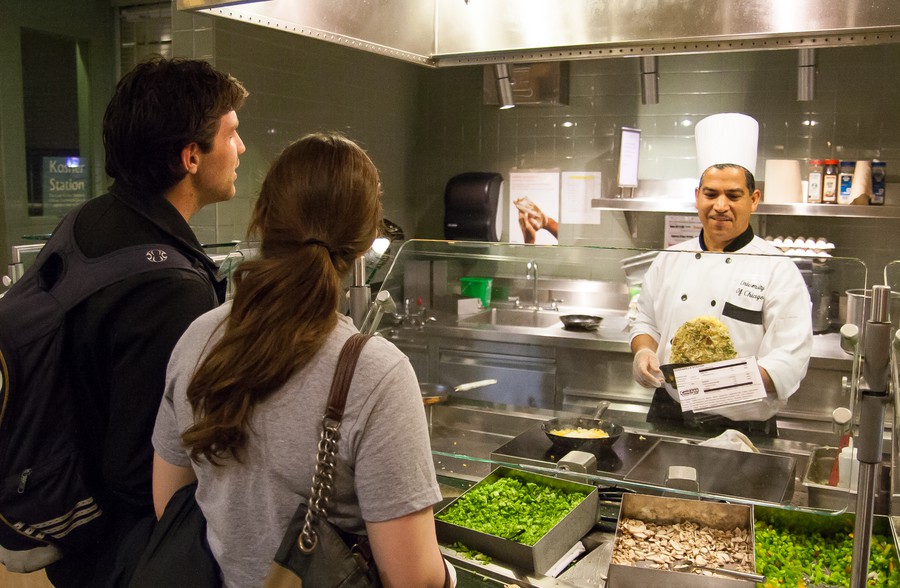 Beloved Cathey Dining Commons cook Refugio Cortes may not have had formal culinary training but, to 15 years of UChicago students, he’s an “eggspert” chef.

Cortes, known as Kuko, was born in Mexico and grew up with nine brothers and six sisters, before he moved to the South Side, where he currently resides with his wife and five children.

Cortes’s siblings have had a large influence on the career path that led him to Cathey Dining Commons. Initially working as a landscaper, he began to cook in 1992, when one of his brothers, who worked at a family-style deli in South Shore, invited Kuko to work with him. Kuko said he has never taken a culinary course in his life.

“My brother was working, and he wanted me to work with him, behind him, and he taught me how to cook,” Cortes said. “He taught me to make special omelettes. All kinds of breakfasts. We used to do all breakfasts and lunch and dinner. We used to do it all.”

Cortes came to the University through another older brother, who was working at the University. Cortes filled out an application for an open position, and the rest is history. He worked in Burton-Judson Dining Commons until the opening of what is now Cathey Dining Commons in 2009. He is joined in Cathey by two of his brothers, who work in the dish room and the kitchen.

Cortes’s claim to fame has always been his celebrated burritos. He says there are no special ingredients in his recipe.

“I am just making, like, simple burritos,” Cortes said. “When we make burritos, we try to make it like we used to do in Mexico, you know? Like a real burrito. One of my brothers has a place in Texas, and it’s a burrito place, so he specialized in burritos. So when I go there and see, I try to learn anything that he is putting in.”

When asked if his job was tiring or if there was anything that bothered him, he responded with a resounding no, expressing an unparalleled love for his job.

“Oh no no, it’s not a problem. If you like your job, you love everything, and I love my job,” Kuko said. “I usually make around 200 omelets a day but well, when I get less than 150, I get worried because there are no people. I like to keep busy all the time you know, that is what I like to do. We work to serve you guys. We try to do the best we can.”

Kuko said he has definitely appreciated the extra attention and love from the students.

“When we used to work at B-J, I served the same thing, but now the students I am serving… everyone knows me. They all know my name. The new ones too, the freshmen, when they know my name, I say ‘how do you know my name?’” said Kuko, “I feel very good. They know me!”

Kuko’s culinary skills are not restricted to his famous burritos. As a seafood lover, Kuko claims that “Shrimp a la diabla” is the best dish he can cook, and that he is especially good at making pasta and salad, which he makes a lot at home with his wife for his family.

But most importantly, for fans of Kuko’s omelettes, Kuko’s own favorite omelette is a classic.