Don’t be fooled by the dark and cold of a Swedish winter—Let the Right One In is an excellent reminder of how much harsher childhood is by comparison. 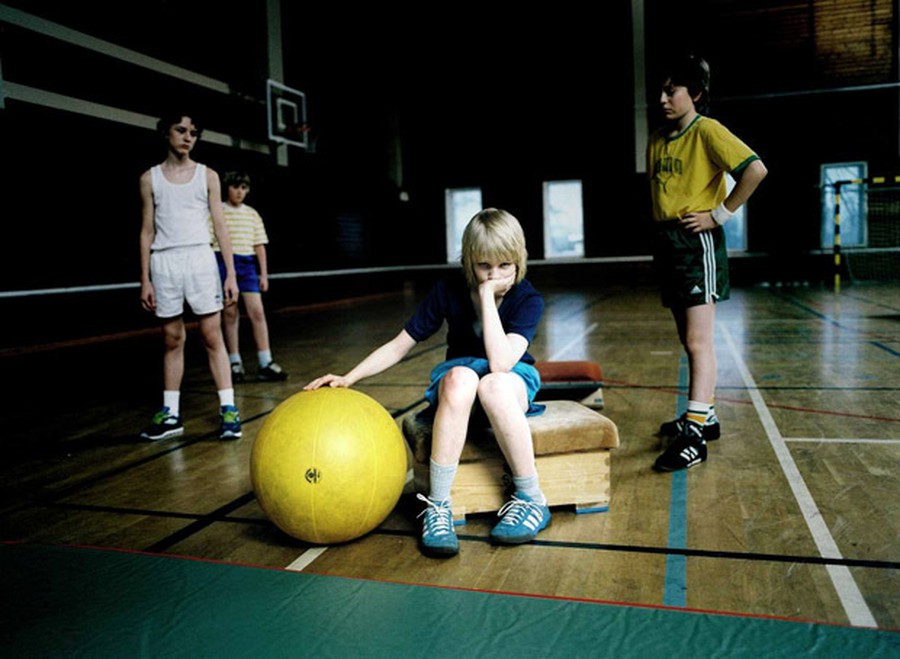 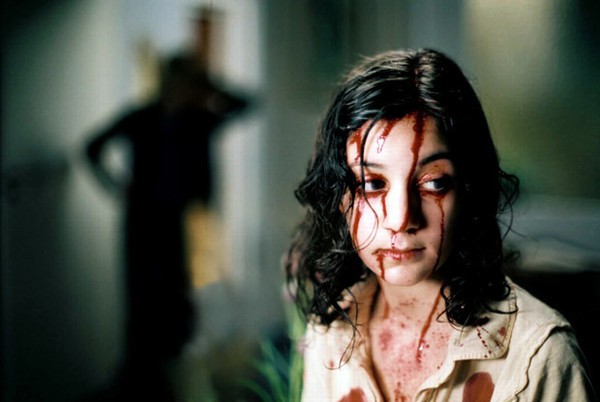 Maroon Staff / The Chicago Maroon
There is no better place to live the tragic life of a vampire than Sweden. The snow falls silently and constantly, muffling the screams of one’s victims, and blood looks excellent when spattered across the vast, white canvas. But don’t be fooled by the dark and cold of a Swedish winter—Let the Right One In is an excellent reminder of how much harsher childhood is by comparison. Director Thomas Alfredson masterfully explores horror and childhood sorrow to make something dark, sweet, and unforgettable.

Eli, a 12-year-old vampire, lives a terrible life. She is uncomfortable, reviled, and lonely—essentially stuck in perpetual adolescent agony. She is starving, and that she has to kill to live bothers only the audience and those who survive her victims. As she remarks to Oskar, the protagonist, he would kill his tormentors too if he could.

Oskar is a sweet but gore-obsessed preteen who suffers constant harassment from bullies at school. He’s utterly sympathetic, without the sickly sweetness that often accompanies adults’ portraits of children. We hate the terrible boys who torture him just as much as he hates them, and we share his satisfaction when they suffer. When he falls in love with Eli, we understand. We’ve fallen in love with her too.

Let the Right One In refuses to fit into either the gloomy Swedish vampire film tradition or the genre of American fantasy and horror—Anne Rice’s novels and films and Twilight being the most distinguished representatives. The film does not glorify the life of the vampire as sexy and mysterious. While treating the relationship between Eli and Oskar with gentle humor, it is unstinting in its portrayal of gore. Without heavy-handedness, the film manages to convince viewers that Eli and Oskar’s love is genuine and warm, and for audience members who cover their eyes as soon as the foreboding music begins, it is a source of comfort in a brutal film.

Whether the gore highlights something truthful about the nature of childhood or is used gratuitously for shock is debatable. What is certain, however, is the pervasiveness and intensity of the carnage. When Eli gets so hungry her face begins to warp, she lures her prey into her clutches by impersonating a helpless little girl. She pounces and then noisily and violently ravages her victim. It is not, no matter what Anne Rice thinks, sexy or mysterious. It is disgusting.

All the traditional elements of horror are here: the screeching of cats, the gutting of innocents, and the burning of flesh. Terrible, realistic deaths happen frequently and without apology, and they are all the fault of a pretty, haunted little Swedish girl. That we want so much for her and Oskar to live happily should remind us how close were are to Eli’s cold- bloodedness. The film seems to be daring us to say, “Who cares that she kills, as the victims are the right ones.” When she kills a good man, that’s too bad. When she kills the people we hate, it’s a triumph. There is nothing inspiring or redeeming about this instinct—we’re rooting for the lesser of two evils, and Eli comes out a winner.

Let the Right One In portrays a painful world where no one can remain happy for long. The movie’s message is that it is a tragedy to be lonely, fatherless, a loser, a child, or in love—and it’s a tragedy to be a vampire like Eli because she is all of these things. We feel for her and for Oskar because we can feel these things too. See the film to remember that no matter what else may be wrong, at least you’re not a vampire.