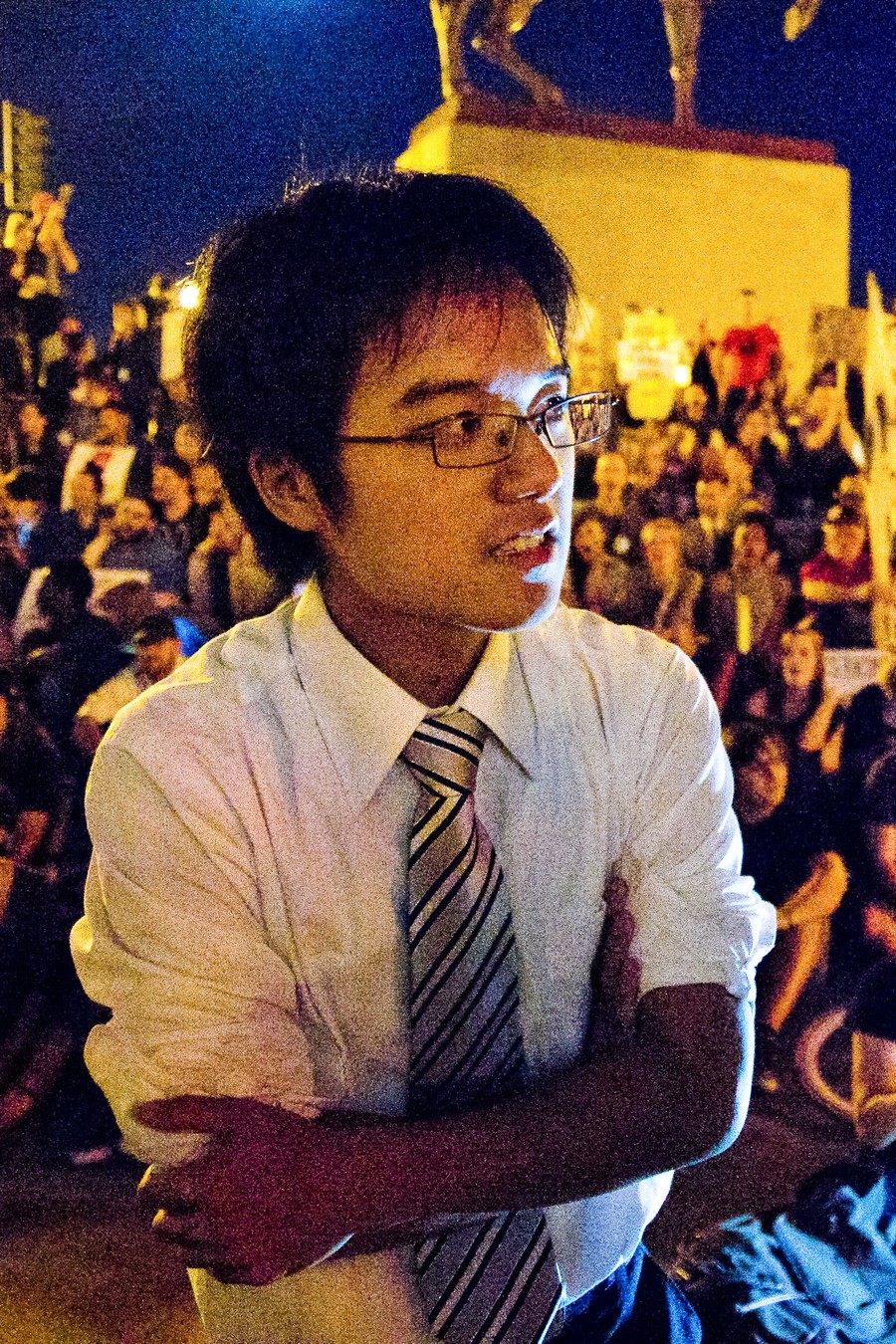 Two U of C students were among 16 protesters arrested Tuesday morning after a sit-in at a Mortgage Bankers’ Association (MBA) conference at the Hyatt Regency. The protesters were demanding an end to foreclosures and to speak with the MBA’s president, David Stevens.

The protesters were detained for eight hours at police headquarters on misdemeanor charges of trespassing, according to fourth-years Kelvin Ho and Paul Kim, the students who were arrested.

The protest was organized by Southsiders Organized for Unity and Liberty (SOUL) as a part of Take Back Chicago, a week-long anti-corporate movement affiliated with Occupy Chicago. Tuesday’s theme was “Take Back our Homes.”

“This city has been one of the hardest hit by foreclosures, and the fact that they’re coming here to have their conference to talk about more ways to get around regulations—well, they’ve got a lot of nerve,” said Kim. “We decided to show them how serious this crisis was and to try to create a crisis for them the way they created one for us.”

The “SOUL 16” set up a mock living room with chairs, a table, and a cardboard TV in a tent in the skyway connecting the two towers of the Hyatt Regency. The setup was intended to model a foreclosure, according to Ho.

One of SOUL’s leaders, Toby Chow, said that the arrests were predicted by the organization.

“The majority of the people inside occupying the walkway went in with the intention of staying until either the demands were met or [they were] forcibly removed,” Chow, a Ph.D. student and Core lecturer, said. “It seemed very unlikely [the MBA] would cooperate. We knew that the arrest was more possible and we went in knowing that arrest was the more likely outcome.”

Kim, who was also arrested last summer protesting in St. Louis, agreed to participate despite knowing it would happen again.

“If you’re willing to get arrested for something, it shows that you’re serious about it. And that’s what gets attention, to show people and inspire people,” Kim said.

Outside of the Hyatt, Chow led a group of about 150 people who called for the arrest of the bankers. Ho was acting as liaison between the groups inside and outside the hotel when he was arrested inadvertently.

The protest was the first act of civil disobedience organized by SOUL, according to Chow.

“People in [SOUL] are starting to think that this moment we’re living in now may be of historical relevance, [it] may be the turning point. A lot of people thought if we do it we should do it now. I think Occupy Chicago is currently, as we can see right now, the best hope we have for turning around the trends of the last 40 years,” Kim said.

While Take Back Chicago protesters were arrested, its sister movement, Occupy Chicago, has so far been arrest-free. However, according to Ho, all types of protest are on the table.

“Some people are for it and some are reluctant. But most major social changes have come through civil disobedience,” Ho said.