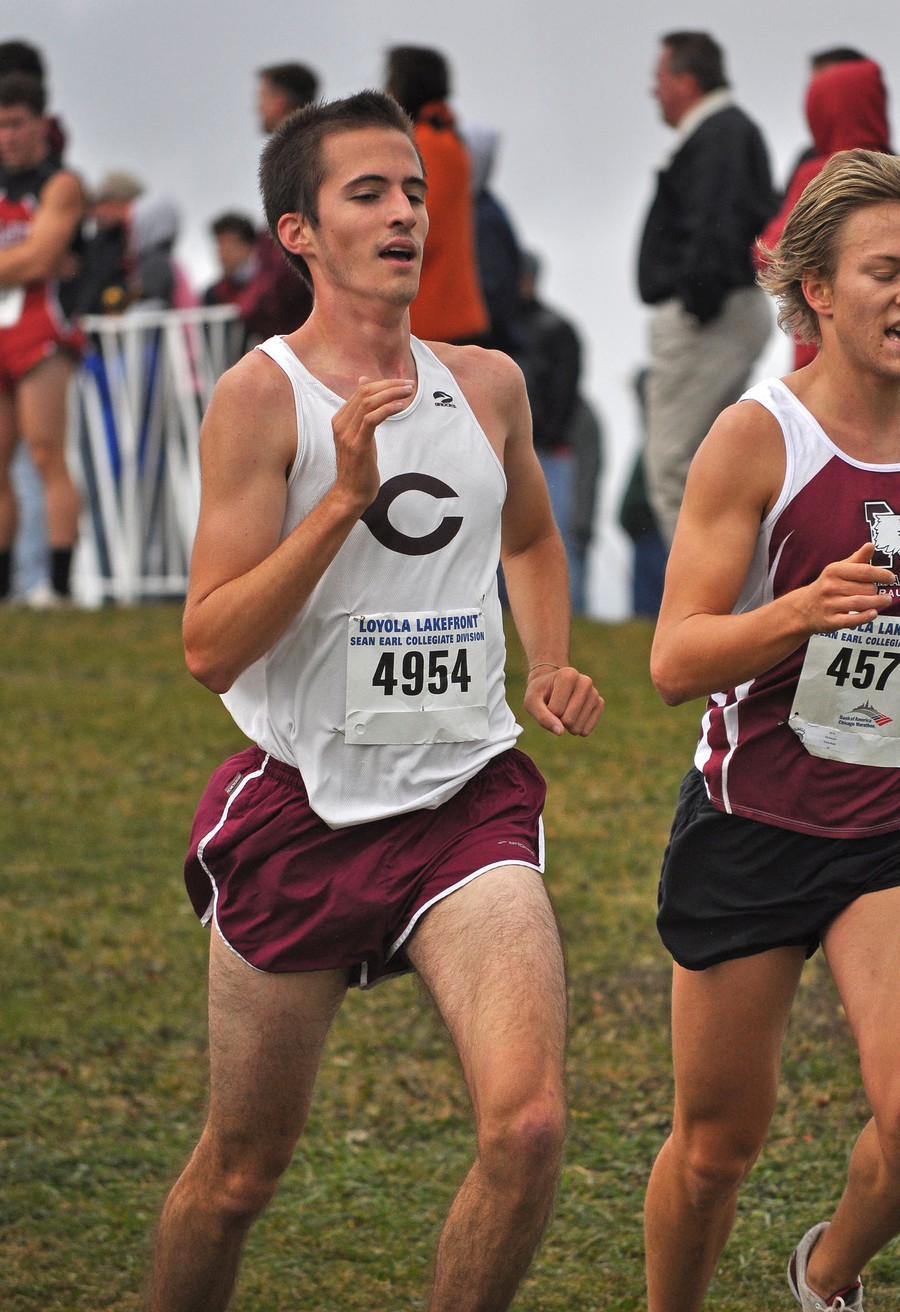 Matt Bogen / The Chicago Maroon
The men’s and women’s cross country teams placed 6th and 11th respectively at this past weekends’ Loyola Invite. The 17th ranked men’s squad led the D-III competition ahead of Albion (15th, 430) and Calvin (16th, 465) while the women, ranked 34th, came second amongst the D-III herd, falling to St. Olaf (8th, 255). Neither team ran to the level that they had established earlier in the year. Chicago beat St. Francis by only five points on the men’s side, a team that they dismantled in a previous meeting.  The women’s team also struggled, leading members of both teams to point the finger at an increased stress load from the beginning of school.

“I think the team didn't do as well as we had hoped or as well as we could have done. In part because of the first week of school, I think that a lot of people were not 100% prepared to run really well in the meet,” said third-year Julia Sizek.

Second-year Daniel Povitsky agreed and said, “This meet typically poses a challenge for the team as school is just starting up (teammates get sick, classes and homework adds stress) and we are entering a period of strenuous workouts in our training program.”

From the men, stand out times were seen by third-years Billy Whitmore, who placed 7th and Isaac Dalke who placed 46th with times of 24:59 and 26:05 respectively. “I felt I ran a smart race, in general. Although I was around 30th place at the start, I maintatined my composure after the first loop,” said Whitmore. “Then I made several aggressive moves up the hill. I passed several runners along the lake between the 2nd and 3rd loops. I eventually caught the lead group and they carried me through the last mile. I was pleased with my 7th place finish overall.”

While individual improvement for each runner will be a goal throughout the season, the Maroons will also focus on teamwork. “I think that we definitely need to work on our 6-10 runners. In cross country, only the top 5 runners are scored, but the 6-10 runners really are important to help boost the 1-5 runners by running with them and by supporting them in general,” said Sizek. “By improving our 6-10 group, the 3-5 runners could really get a lot faster.”

Sizek’s thoughts were echoed on the men’s side as well. “ Some people lost contact with their teammates, which does not help in the later stages of the race. When faced with such diversity we seemed to hold back instead of exert our potential,” said Whitmore.

The Maroons next race will be a week from Saturday, on October 15th at the Wisconsin-Oshkosh Invitational in Oshkosh.  The Oshkosh Invite is the site of the national championship meet in November, so teams from all over the country are flying in to get a look at the course. Because of the spike in attending teams, each team is limited to ten runners in the Varsity race, as opposed to the 14 of previous years. The field will be approximately the same size as the Loyola Invitational, so Chicago will have to use the experience of running in a large field to good effect. “The level of competition is so great that some consider this to be the "Pre-National" meet. How we cope under such adversity will be a major indicator of our success at regionals,” said Whitmore.